Why Notre Dame Can’t Have It Both Ways 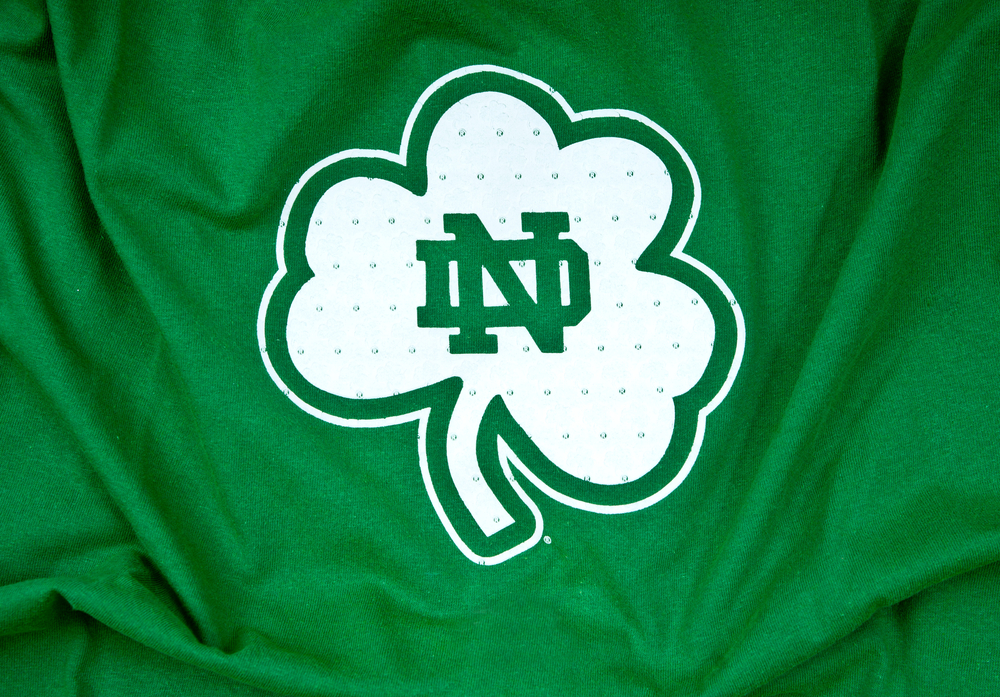 A recent news report shared the story of a teenager driving down a quiet neighborhood street presumably on the way to a friend’s house when he crashed and nearly died. According to the police report, the teen was going at least 50 in a 30 mile per hour zone and he admitted to texting while driving when his car careened off the road and ended up in a ditch. He was lucky. Although the car was totaled, the teenager narrowly missed a tree and certain death.

Scenarios like this seem to occur every day. Statistics show that roughly a quarter of all auto collisions in 2011 involved cell phones – that’s more than one million crashes. In 2014, more than 3,100 deaths and 431,000 injuries resulted from distracted driving. It’s essentially a given that anyone who has driven a car on a public road in the past 10 years has been guilty of distracted driving in some form or another, to some degree or another, on at least one occasion, and probably more often than we care to admit.

Why do we put ourselves, our loved ones, and complete strangers at such great risk? At its very core, the reason is simply because we want to have it both ways: We want responsibility and freedom. In this case, the responsibility of driving an automobile while at the same time the freedom to communicate with someone via those addictive little handheld computers we call smartphones.

In our busy, fast-paced world it is nearly impossible to go through a day without doing multiple things at once. Think about it. Maybe you’ve tried to type an email while talking on the phone, or you’ve scrolled through twitter during a boring meeting. If your home is anything like mine you often arrive home to your wife juggling screaming kids, dinner on the stove, and who knows what other liveliness taking place. Some people blame it on their attention deficit disorder. Some people call it “multi-tasking.”

Whatever it looks like, we all do it. We try to do it all, have it all, and all at once. Truth be told, it doesn’t work. It never has and never will.

Studies show that despite what prevailing wisdom says the human brain cannot actually multi-task. Our brains just are not made to function like that. Instead, our brains switch back-and-forth between tasks. Those who can “multi-task” very well just switch back-and-forth better and more quickly than the rest of us. To claim otherwise can be dangerous, not to mention outright false.

A similar situation arises when it comes to the moral tenets of our faith and our public witness to them.

Take for example the decision by the University of Notre Dame to honor prominent Catholic politicians Vice President Joe Biden and former Speaker of the House John Boehner with the prestigious Laetare Medal. Say what you will about the various policies each man has advocated for during their respective careers, or the partisan gamesmanship each has participated in, the simple fact is that Vice President Biden – ostensibly due to political expediency – has been a vocal supporter and promoter of abortion and the redefinition of marriage. Conversely, speaker Boehner was reliably pro-life and against the redefinition of marriage during his career.

“We live in a toxic political environment where poisonous invective and partisan gamesmanship pass for political leadership,” Notre Dame President Rev. John Jenkins accurately said in announcing the recipients. Then he added in regards to the awardees:

“While both have been loyal and committed partisans, they were leaders who put the good of the nation ahead of partisan victory, seeking through respectful dialogue honorable compromise and progress…

“In recognizing both men, Notre Dame is not endorsing the policy positions of either, but celebrating two lives dedicated to keeping our democratic institutions working for the common good through dialogue focused on the issues and responsible compromise.”

What Notre Dame has attempted to do by awarding two men from opposite ends of the partisan spectrum is have it both ways. They want to have some grounds for claiming they still hold to the fundamental moral tenets of the Catholic faith (hence the awarding of Boehner) while maintaining a semblance of non-partisanship (hence the awarding of Biden). Unfortunately for the university, such a position is untenable. It is easy to say that a “toxic political environment” exists, but it is much more difficult to admit when a group in particular has been outright hostile to the basic tenets of Catholic doctrine. Just ask the Little Sisters of the Poor.

In other words, Notre Dame is texting and driving. They want to have the responsibility of being a bastion of the Catholic faith as well as the apparent freedom that bipartisanship (a.k.a., approval from secular world) provides. They’re playing fast and loose with the Catholic faith, risking scandal – and many souls – in the process. To claim anything else can be dangerous, not to mention outright false, as Bishop Kevin Rhoades of the Diocese of Fort Wayne-South Bend made clear.

“While I understand Notre Dame’s intentions in conferring the Laetare Medal upon Vice-President Biden and Speaker Boehner, I disagree with the decision,” His Excellency said in a statement released March 14.

“I believe it is wrong for Notre Dame to honor any ‘pro-choice’ public official with the Laetare Medal, even if he/she has other positive accomplishments in public service, since direct abortion is gravely contrary to the natural law and violates a very fundamental principle of Catholic moral and social teaching…

“The Church has continually urged public officials, especially Catholics, of the grave and clear obligation to oppose any law that supports or facilitates abortion or that undermines the authentic meaning of marriage. I disagree with awarding someone for ‘outstanding service to the Church and society’ who has not been faithful to this obligation.

“I realize that Notre Dame is trying to separate or distinguish the conferral of the Laetare Medal upon the recipients from their positions on public policies. I do not think this is realistically possible or intellectually coherent… My principle concern about this whole matter is scandal. In honoring a ‘pro-choice’ Catholic who also has supported the redefinition of marriage, which the Church considers harmful to the common good of society, it can give the impression to people, including Catholics in political office, that one can be ‘a good Catholic’ while also supporting or advocating for positions that contradict our fundamental moral and social principles and teachings.” [emphasis added]

The Bishop’s words are a warning, not only for Catholic institutions and Catholic politicians, but for all Catholic men: You cannot switch back-and-forth between your primary responsibility as Catholic and any desire that may appear to conflict with your faith. You must remain Catholic at all times and allow your faith to guide your actions. In other words, don’t check your faith at the door. A football coach recently said in regards to disciplining a player that we have an “illusion of choice” but that if we want to be good, or do the right thing, “you really don’t have a lot of choices.”

Why then do our Catholic institutions continually put themselves, our faith, and the souls of faithful Catholics at such great risk? The answer, fundamentally, is the same as why teens text and drive. These institutions choose to believe they can “multi-task,” but in reality it is an impossible feat. Sooner or later they will end up in a ditch.

We can only hope and pray that they avoid the tree.