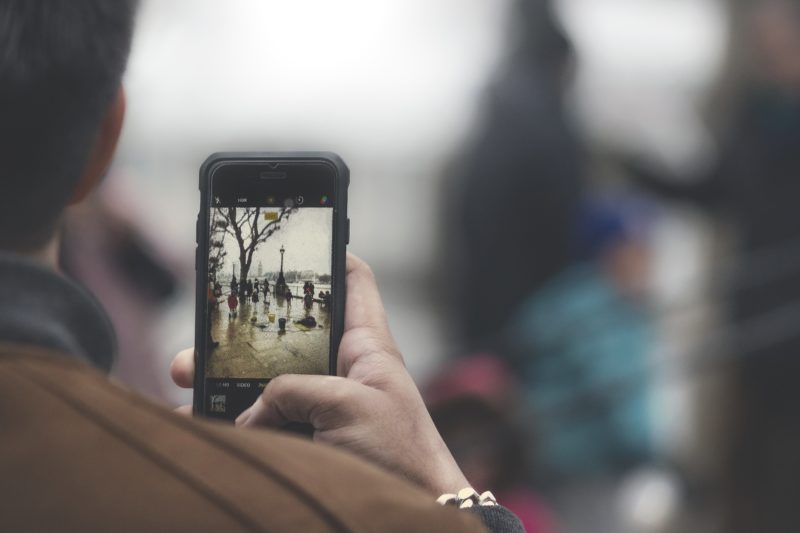 In his pastoral letter The Rapid Development, St. Pope John Paul II wrote about the internet, calling it “the first Areopagus of modern times”. He stated: “…the Church is not only called upon to use the mass media to spread the Gospel but, today more than ever, to integrate the message of salvation into the ‘new culture’ that these powerful means of communication create and amplify.”

Prophetically, he also wrote: “…the communications media can be used to proclaim the Gospel or to reduce it to silence within men’s hearts.”

It appears that it has done the latter. Americans born in 1995 and later (known as the i Generation or iGen for short) have grown up in a culture which is saturated in instant information, constant contact and the ceaseless hum of electronics. At some point in 2011 or 2012, smartphones became the communication tool of choice for over ½ of Americans. Newspapers had given way to television, and television had given way to computers and the internet. Computers have now given way to the smartphone.

In iGen: Why Today’s Super-Connected Kids Are Growing Up Less Rebellious, More Tolerant, Less Happy–and Completely Unprepared for Adulthood–and What That Means for the Rest of Us, by ean M. Twenge, Ph.D. (Simon & Schuster, 2017)[1], we see evidence that technology is silencing the Gospel in men’s hearts, more specifically, in teens’ hearts.

In addition to her own work, Dr. Twenge spent several years analyzing data from numerous studies, surveys and other sources. What she discovered is a sudden and rapid increase in dissatisfaction, depression and suicide among teens, which starts at about the same time the majority of Americans owned a smart phone (2011/2012). Technology, especially smart phone usage, is linked to higher rates of loneliness, unhappiness, depression, and suicide risk. The advent of TV had a similar but less devastating effect on Baby Boomers.

In order to rule out other possible causes for these disturbing changes, Dr. Twenge looked at things such as economy and other world events but found no correlation. The only correlation she found, and she found it time and time again, was the smart phone. The more time a teen spends with technology, the higher the rate of loneliness, unhappiness, depression, and suicide risk. Dr. Twenge believes teens are in the midst of the worst mental health crisis in decades and much of it is due to technology. The earlier they start, the more serious the problems. Dr. Twenge says the average teenage girl checks her smart phone 80 times per day. 10% of Americans are using antidepressants compared to 5% in the mid-1990’s.

18-year-olds currently spend an average of 7½ hours per day on some form of technology, often multi-tasking between different types of media such as texting, snapchatting and watching t.v.

Nobody knew how the smartphone would impact our culture, but a few had their suspicions. It turns out that St. Pope John Paull II was right on the money when he cautioned that it could reduce the Gospel to silence within men’s hearts. But it isn’t so much men as our children, especially our daughters. Increases of loneliness, depression and suicide risk are much higher in teen girls, likely because they use social media much more than teen boys.

Today’s teens are not only the most miserable group in American history, they are also the least religious.

For several decades, Americans have been abandoning organized religion, claiming that they were spiritual, not religious. Such Christians claim that they can have a deep and personal relationship with God, without belonging to a church, identifying as a member of a particular denomination and without gathering with other Christians on Sunday for worship. Personally, I never believed that was true, not only because it is totally unscriptural but because it flies in the face of human nature. It is much easier to pray and live a Christian way of life if you are regularly around and meeting with other people of faith. If you try a private relationship with God, you usually end up skipping prayer and other Christian practices in favor of convenience, comfort and the pleasures of the world. Now we are seeing the bad fruit the “spiritual but not religious” approach has produced. The teenage children of these “spiritual Christians” are not only walking away from the faith of their parents and grandparents, many of them are sprinting away.

Technology is not the only culprit. Some of this is also related to the breakdown of Christianity and much is related to the breakdown of the family. 36% of iGen’ers were born to unmarried mothers, up from 25% during the Millennial birth years. As a result, fewer fathers live in the same household as their iGen children. As we know, the father’s faith is the most influential factor in the faith of the children. Even more troubling is the fact that iGen’ers are more likely than any prior generation, to be raised by religiously unaffiliated parents.

In short, the Gospel has been reduced to silence in the hearts of iGen’ers, and it has been done through the erosion of Christianity, the erosion of family and the din and ding of technology when many thought that email, texting and social media would actually bring us closer together. Dr. Twenge has found that technology has caused teens (and many adults) to become more isolated, not more connected. The isolation is from each other and from God.

What can we do about this? Dr. Twenge (and I) have some suggestions and as Catholic parents, especially Catholic fathers, this is where we come in. This advice includes tips for everyone, not just teens. As the spiritual leaders in our family, it is up to us to make sure our children are protected and we must not only lead in word, we must lead by example:

The one-two punch of “spiritual but not religious” and technology, have become a toxic mixture which robs our children of faith, hope and love. If you do not want the Gospel to be reduced to silence in your heart or the hearts of your children, it is time to inoculate your family from this toxic mixture.

[1] A word of caution. Dr. Twenge’s book is not written for a Christian culture. The book tends to accept, and at times promote, behaviors and beliefs which are contrary to the Catholic faith. Dr. Twenge also includes quotations and references to matters which are offensive to people of faith. However, one can read the entire book without scandal as long as you recognize that the information is valuable to help Christians understand and respond to the dangers to the faith.

addictionAndroidiPhonelonelinesssmartphone
03 14 2018
Back to all articles

Discipleship is Not Just Servant Leadership