You’re Never Too Holy to Fall 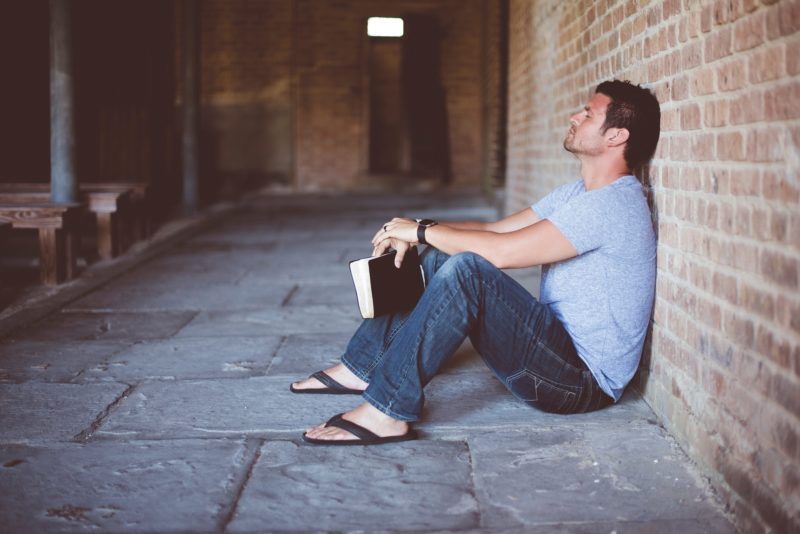 Have you ever thought of the Saints as impartially blessed or favored by God, as virtually super-human, and basically incapable of sin? Have you ever felt that their claims of being vulnerable to even the most serious temptations were at least excessive, if not disingenuous? Do you hold, or have you held the view, that someone so immensely blessed by God, so utterly disposed to the good by their practice of virtue, must be incapable of falling into grave sin? I’m willing to bet that most people reading this have thought or felt along these lines; I know for sure that I have. And while this way of thinking is understandable—the Saints, after all, are often portrayed only in a heroic light—it is simply wrong. Moreover, and more importantly, this way of thinking is dangerous.

It wasn’t until very recently that I had this “epiphany.” Unsurprisingly, it came about through a conversation with a priest friend, who is a truly good and wise man. He warned me against the temptation of seeing myself as the protagonist in my relationship with God—of thinking, in effect, that my spiritual life is all about what I do, and that I have “made it” in the spiritual life once I have succeeded in doing all the right things. He explained further that, even as a man matures in the spiritual life, if he averts his eyes from Jesus, the ultimate cause of his sanctity, to look at himself and his accomplishments, then sin, surely, “lies in wait at the door” (Gen 4:7) for him.

I was grateful for this warning, and I expressed to him how I was glad that he had made this point. I then recounted how I had once read writings of St. Teresa of Kolkata (Mother Teresa) wherein she claimed, if I recall correctly, that all of us (herself included) are completely free to outright reject God at any moment. I remember thinking that she couldn’t have been sincere in saying that. There was no way, I thought, that she, a woman so far advanced in the spiritual life, so habituated by His grace and her virtuous actions to the good, could sin gravely. It seemed to me at least far-fetched that a Saint (a Blessed at that time, I think) could seriously believe that about herself.

I explained all this to me priest friend and, of course, he sided with Mother Teresa. He went on to explain that believing this way was characteristic of all the Saints. “There but for the grace of God, go I,” he said, is what every Saint was convicted of—and that was why they were so compassionate. They knew, he went on, that were it not for the grace of God, they themselves would be in the same place as the most wretched of sinners. Father then told me a little gem of phrase (from “the Italians,” apparently) that I had never heard: “Saints don’t eat.”

The meaning of the phrase, he explained, is two-fold. The first and most obvious is that, if one wants to be a Saint, one must live an ascetical life. The more cryptic meaning is this: every Saint in history, is dead. So of course, the Saints never felt themselves to be Saints. They never thought that they had “made it” in the spiritual life, that they were no longer free to reject our Lord before arriving at his heavenly banquet. They were Saints precisely because they knew that they were free to do just that.

So yes, let’s portray the Saints as the heroes (and heroines) that they were. Let’s honor them for their exceptional lives of holiness. But, let’s also portray them as the fallen human beings that they were—it’s quite possible, for example, that St. Jerome was kind of a jerk…but a Saint nonetheless. To portray the Saints in this honest way is of the utmost importance. It allows us neither to despair if we can’t live up to their example, nor to gloat over our own achievements in the spiritual life.

Remember, Saints don’t eat. Until you’re dead, you free to reject our Lord and forfeit your salvation—so you must remain vigilant. Live as if that’s true. Because it is.

asceticismeatfallsaints
09 30 2018
Back to all articles

Today is the Day to Run to The Cross