Why the World Needs Catholic Artists 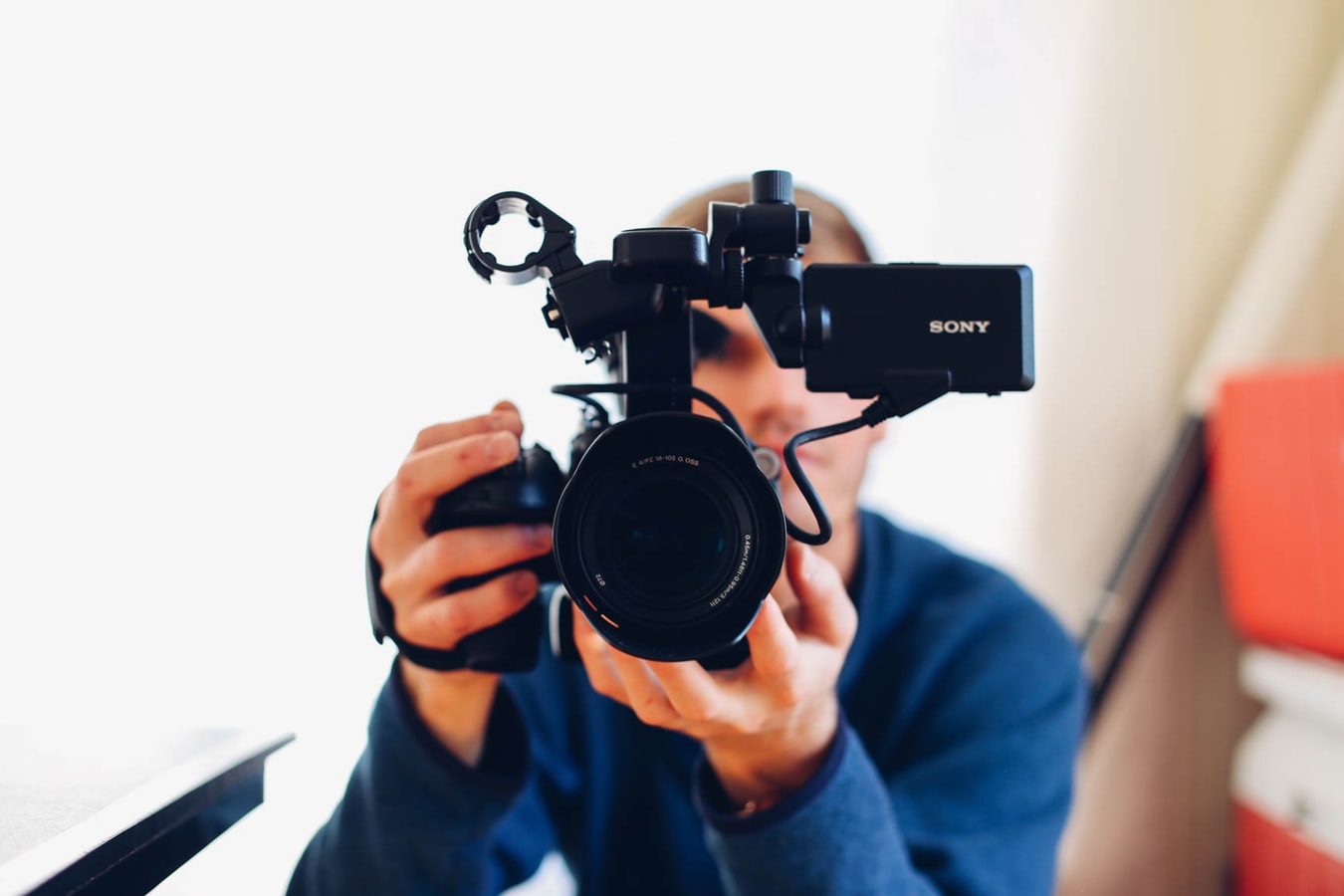 No honest person would disagree that most popular culture lacks a Catholic perspective, and some of it, like Netflix’s recent “Christmas movie,” is even directly hostile toward Christianity. This movie, produced by a Brazilian studio, portrays Jesus Christ as a homosexual, the Apostles as drunks, and insults the Virgin Mary in ways I won’t write here. Netflix’s response to the strong negative reaction to the movie? “[Netflix] strongly support[s] artistic expression and … will fight to defend this important principle, which is the heart of great stories.”

After a radical political group fire-bombed the creators’ Rio de Janeiro headquarters, the movie was banned by a Brazilian judge, but Brazil’s highest court overturned that ban. Netflix doesn’t seem to care about the negative reaction to this film, even though they have pulled or censored other content considered offensive by non-Christian audiences, including in Saudi Arabia (for the portrayal of the country’s relationship with the United States) and India (for insulting the country’s national flag). As usual, it seems okay for so-called “artists” to treat Christianity offensively, but other religions and systems of belief, philosophy and government are off-limits.

Some of us might respond by signing e-petitions, canceling our Netflix subscriptions, and making resolutions to withdraw completely from the culture, but those responses alone are defensive and don’t reflect the bold apostolic spirit which spread Christianity throughout the world. In fact, the Church’s enemies want us to respond in those typical ways and also in ways that bring out the worst in us. They want us out of everything: pop culture, commerce, government–everything. We shouldn’t do what they want us to do. We shouldn’t withdraw from the world. St Paul didn’t spread the Gospel by trying to censor others or by committing acts of violence or by hiding out in a cave. So, what should we do?

We should go out into the world and produce blogs, videos, movies, books, music and other forms of art that compete with what’s out there. We don’t need to do it in a way that is branded expressly Catholic and the subject matter doesn’t even need to be expressly Catholic. Rather, we should simply allow our Catholic beliefs to inform our work and God’s light will shine through it.

On April 4, 1999 Saint John Paul II wrote a letter to artists. I included some excellent quotes from the letter below. As you read them, prayerfully consider whether God may be calling you to evangelize and celebrate his glory through some artistic talent you possess.

“None can sense more deeply than you artists, ingenious creators of beauty that you are, something of the pathos with which God at the dawn of creation looked upon the work of his hands.”

“God therefore called man into existence, committing to him the craftsman’s task. Through his ‘artistic creativity’ man appears more than ever ‘in the image of God,’ and he accomplishes this task above all in shaping the wondrous ‘material’ of his own humanity and then exercising creative dominion over the universe which surrounds him.”

“In producing a work, artists express themselves to the point where their work becomes a unique disclosure of their own being, of what they are and of how they are what they are. And there are endless examples of this in human history. In shaping a masterpiece, the artist not only summons his work into being, but also in some way reveals his own personality by means of it. For him art offers both a new dimension and an exceptional mode of expression for his spiritual growth. Through his works, the artist speaks to others and communicates with them. The history of art, therefore, is not only a story of works produced but also a story of men and women. Works of art speak of their authors; they enable us to know their inner life, and they reveal the original contribution which artists offer to the history of culture.”

“It is in living and acting that man establishes his relationship with being, with the truth and with the good. The artist has a special relationship to beauty. In a very true sense it can be said that beauty is the vocation bestowed on him by the Creator in the gift of ‘artistic talent.’ And, certainly, this too is a talent which ought to be made to bear fruit, in keeping with the sense of the Gospel parable of the talents (cf. Mt 25:14-30).”

“Those who perceive in themselves this kind of divine spark which is the artistic vocation—as poet, writer, sculptor, architect, musician, actor and so on—feel at the same time the obligation not to waste this talent but to develop it, in order to put it at the service of their neighbour and of humanity as a whole.”

“Society needs artists, just as it needs scientists, technicians, workers, professional people, witnesses of the faith, teachers, fathers and mothers, who ensure the growth of the person and the development of the community by means of that supreme art form which is ‘the art of education.’ Within the vast cultural panorama of each nation, artists have their unique place. Obedient to their inspiration in creating works both worthwhile and beautiful, they not only enrich the cultural heritage of each nation and of all humanity, but they also render an exceptional social service in favour of the common good.”

“Every genuine artistic intuition goes beyond what the senses perceive and, reaching beneath reality’s surface, strives to interpret its hidden mystery. The intuition itself springs from the depths of the human soul, where the desire to give meaning to one’s own life is joined by the fleeting vision of beauty and of the mysterious unity of things. All artists experience the unbridgeable gap which lies between the work of their hands, however successful it may be, and the dazzling perfection of the beauty glimpsed in the ardour of the creative moment: what they manage to express in their painting, their sculpting, their creating is no more than a glimmer of the splendour which flared for a moment before the eyes of their spirit.”

“Believers find nothing strange in this: they know that they have had a momentary glimpse of the abyss of light which has its original wellspring in God.”

“The Second Vatican Council laid the foundation for a renewed relationship between the Church and culture, with immediate implications for the world of art. This is a relationship offered in friendship, openness and dialogue. In the Pastoral Constitution Gaudium et Spes, the Fathers of the Council stressed ‘the great importance’ of literature and the arts in human life: ‘They seek to probe the true nature of man, his problems and experiences, as he strives to know and perfect himself and the world, to discover his place in history and the universe, to portray his miseries and joys, his needs and strengths, with a view to a better future.’”

“On this basis, at the end of the Council the Fathers addressed a greeting and an appeal to artists: ‘This world—they said—in which we live needs beauty in order not to sink into despair. Beauty, like truth, brings joy to the human heart and is that precious fruit which resists the erosion of time, which unites generations and enables them to be one in admiration!.’”

“In order to communicate the message entrusted to her by Christ, the Church needs art. Art must make perceptible, and as far as possible attractive, the world of the spirit, of the invisible, of God. It must therefore translate into meaningful terms that which is in itself ineffable. Art has a unique capacity to take one or other facet of the message and translate it into colours, shapes and sounds which nourish the intuition of those who look or listen. It does so without emptying the message itself of its transcendent value and its aura of mystery.”

“With this Letter, I turn to you, the artists of the world, to assure you of my esteem and to help consolidate a more constructive partnership between art and the Church. Mine is an invitation to rediscover the depth of the spiritual and religious dimension which has been typical of art in its noblest forms in every age. It is with this in mind that I appeal to you, artists of the written and spoken word, of the theatre and music, of the plastic arts and the most recent technologies in the field of communication. I appeal especially to you, Christian artists: I wish to remind each of you that, beyond functional considerations, the close alliance that has always existed between the Gospel and art means that you are invited to use your creative intuition to enter into the heart of the mystery of the Incarnate God and at the same time into the mystery of man.”

“On the threshold of the Third Millennium, my hope for all of you who are artists is that you will have an especially intense experience of creative inspiration. May the beauty which you pass on to generations still to come be such that it will stir them to wonder! Faced with the sacredness of life and of the human person, and before the marvels of the universe, wonder is the only appropriate attitude.”

“Beauty is a key to the mystery and a call to transcendence. It is an invitation to savour life and to dream of the future. That is why the beauty of created things can never fully satisfy. It stirs that hidden nostalgia for God which a lover of beauty like Saint Augustine could express in incomparable terms: ‘Late have I loved you, beauty so old and so new: late have I loved you!.’”

“Artists of the world, may your many different paths all lead to that infinite Ocean of beauty where wonder becomes awe, exhilaration, unspeakable joy.”

“May you be guided and inspired by the mystery of the Risen Christ, whom the Church in these days contemplates with joy.”

“May the Blessed Virgin Mary be with you always: she is the ‘tota pulchra’ portrayed by countless artists, whom Dante contemplates among the splendours of Paradise as ‘beauty that was joy in the eyes of all the other saints.’”

A comedy group was firebombed for its portrayal of ‘gay Jesus.’ Netflix has now been ordered to remove the movie. https://www.washingtonpost.com/nation/2020/01/09/brazil-comedy-group-firebombed-gay-jesus-judge-rules-netflix-remove-movie/

President of Brazil’s Supreme Court overturned a ban on a Netflix comedy that portrays Jesus as gay.