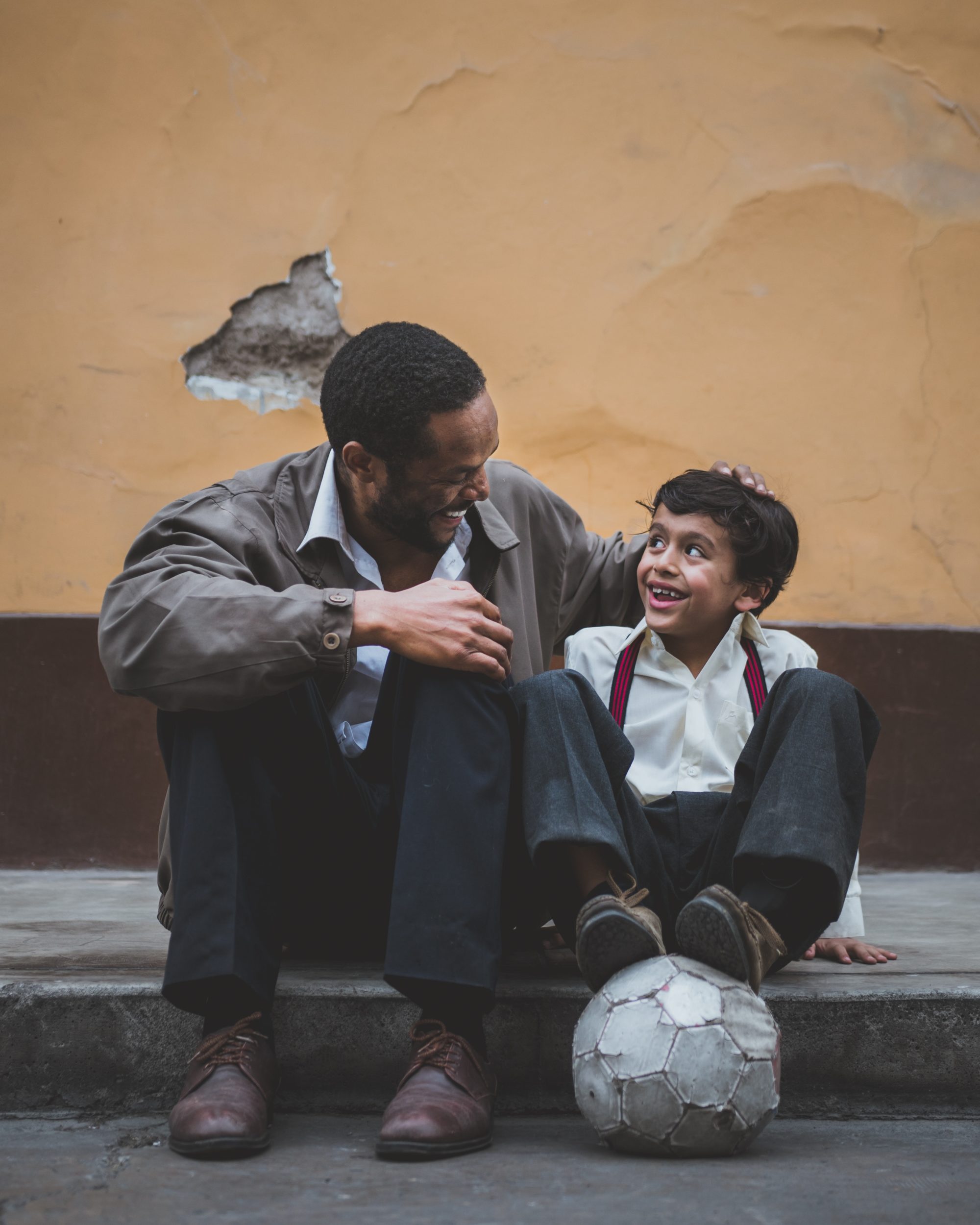 Sticks and stones may break your bones, but words can completely crush you.  Like red and green signs over a road, an understanding of their power is necessary for life. They should be like darts aiming for a target, not like a released balloon flailing about getting spittle-filled air everywhere.

When you become a mentor, your words take on a new gravity.  Like a chainsaw, they can accomplish an amazing amount of work.  But like a chainsaw even a slight slip up can cause devastation.  Ask your friends at an emergency room what a little slip from a chainsaw can do.

To understand how they can slip and damage, we have to first see the good work words can do.  Remember, boys are yearning to have confirmed their identities as men (a thing they are growing into), their inherent lovability, and their readiness for the challenges of real life.  These confirmations need to be expressed in words.

The other night I almost got it wrong.  Kissing my son goodnight I told him, as I do every night, “I love you.”  But this night he asked why I love him.  I began to list off his accomplishments, skills, and potential.  I almost got up and walked away, satisfied.  Then it hit me – if that’s all I said I’ve failed to say why I love him.  Of course I love his accomplishments, skills, and potential, but those are things about him, they are not him.  Too many men think their careers and accomplishments or failures and mistakes define them, and they really can’t answer the simple of question of, “Who are you?”  I don’t want that for my son.

He smiled with a much greater satisfaction than when I listed his behaviors.  He needs to know he is my son and that he is loved.  This is my job in helping to inform him of his true identity.  From his identity we can build on what he does with it – the qualities, virtues, and experiences that build character.  But without the foundation of identity caricature is created in place of character.

One time I did get it wrong.  A young man I was mentoring for years had been hurt by the words of another adult on a camping trip.  Wearied from a variety of things, I scolded him, told him to get over it, and I used some colorful language to drive the point home.  I thought some “tough love” would set him straight.  It didn’t.  I haven’t spoken to him in years now, and I doubt he would want to.  I hurt him with my words and the damage was great enough that now I’m left praying he forgives me.  At that moment he needed a mentor to work through what was happening, but instead some loose words pushed him away.  I knew him to be shaky in his identity, un-initiated by his father and mentors.  It was a mistake.  I still think he was wrong, but mentoring, like all attempts at living wisely, is not measured in instances of being right or wrong but in achieving the good ends you’ve set out to achieve.  I tried to reach a good end with bad means.  Don’t do that.

The mentor is often confirming a boy’s identity, his inherent worth and dignity, or in some cases revealing it for the first time (as in cases with absent or abusive fathers).  With so few instances where we can really talk to young men, when we can interact with them, we need to make sure that every word is used well and not one tears them down.  “Go on, then, encouraging one another and building up…” (1 Thess. 5:11, Knox).

And we must take extra care that stray words do not tear through flesh like stray bullets.  You can hurt a boy, and it doesn’t matter that you didn’t mean to or that he should have “understood” or been “tougher”.  When your words cause pain you’re the problem, not him.  “Let no corrupt communication proceed out of your mouth, but that which is good to the use of edifying, that it may minister grace unto the hearers” (Eph. 4:29, KJV).

We do worse with our words all the time and don’t realize it.  Yes, there’s a skill to learn in bantering with men, especially on places like the jobsite or office, but one of the most damaging ways we as men can use words, especially as mentors, is in negative humor.  When men “banter” they are naturally keeping each other’s egos in check, but if wielded unwisely at a young man of insecurity (which all young men are to varying degrees) it wounds deeply.

Negative humor says something, presumably untrue, to make a point or just to jest.  “You throw like a girl,” is a classic example.  It’s that sort of drill sergeant attitude that we hope will create better results.   “You’re so weak!  C’mon, do it!”  Often in groups of men and boys one or two people can cause the whole atmosphere to be thick with negative comments – “jokes” – that end up stifling opportunities for friendship and mentoring.   “Therefore, do away with insults, quarrels, envy, revenge…” (St. John Bosco).

Yes, I know you’ve heard coaches use something like negative humor to “push” young men to a fuller potential.  Most negative humor, especially said in public, has no such effect – it only pushes away.  It shrinks a boy back, closes him off, and puts the mentor in the category that many broken youth put adults in: not someone to fully trust and be open to.  Why would a young man open himself up to your mentoring when there’s a good chance you’ll just hurt or insult him?  And don’t give me that “he needs to be toughened up” nonsense.  You toughen up and get a hold of your tongue.  He’s not the problem. “And the tongue is a fire, a world of iniquity” (James 3:6).   If you want to communicate that he is a beloved son, then communicate like he is a beloved son.   There are no instances of God communicating such ways as negative humor and constant “picking”, for good reason.  Every time God the Father publically spoke of the Son He spoke of his being beloved and his being a son (Christ’s Baptism and Transfiguration specifically).  Be like the Father.

Our words must be used to reveal truth.  We live in a storm of words: texts, advertisements, tweets, noise.  But are most of those words revealing truth? Your words must, and don’t let what slips from your mouth need to be followed up with “you know I didn’t mean it like that.”  Confirm the truth; don’t obscure it.  If your heart is set on being a loving mentor then speak loving words, because “the things which proceed out of the mouth come forth from the heart” (Matt. 15:18).

boysfatherhoodfathersmentoringwords
01 04 2018
Back to all articles

It’s Okay to be Catholic