Why Money is Not Evil, but the Prosperity Gospel is NOT the Gospel… 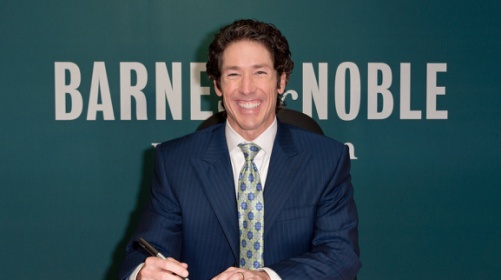 “Amen, I say to you, that a rich man shall hardly enter into the kingdom of heaven” Matthew 19:23.

If there is one thing that modern believers are most conflicted about, it would probably be the subject of wealth and money.  Two polar positions, both erroneous, seem to dominate the subject.

The first, false position proposes that wealth and good fortune are blessings of God, the more you have, the more you have been blessed.  In fact, say the purveyors of the “prosperity gospel,” if you have not gotten all of your wildest, material desires, then you are obviously doing something wrong!

The second, false proposition makes all wealth evil.  These people regularly misquote St. Paul by saying, “money is the root of all evil.”  But any honest reading of that passage makes clear that it is the “desire” or “lust” for money which is proscribed 1 Timothy 6:10.  Worse still, the “money haters” then advocate some sort of forced, impoverished “equality” via governmental coercion.

So which is it? How does the person of faith come to terms with money?  Is it moral to make money?  Is it sinful to save?  To put it more generally, what is the nature of wealth and what should be our relation to it?

Now just to pose the question presupposes a religious answer.  And knowing that I am NOT a pastor, preacher or spiritual director, gives me great pause in attempting an answer.  Thus, my first advice to anyone is to seek your answer from those sources.  However, because I have been in the financial services industry for years and because I have pondered this same issue and what it means in regards to the work that I do, I will offer my meditations on the topic.

First, contrary to the purveyors of the “prosperity gospel,” wealth is not a blessing in the sense that those who are wealthy are favored of God and those who are poor are not.  While it is certainly true that all that we have is a blessing from God, this is not the same as to say that those who have more indicates a special relationship with God or vice versa.  In fact, a better argument can be made for the exact opposite! “Blessed are the poor in spirit: for theirs is the kingdom of heaven” Matthew 5:3.

Plus, the entire book of Job teaches us the fallacy of that idea.  Job, who was wealthy, then poverty stricken (amongst many other misfortunes) then wealthy again, was always favored by God.  Job bore patiently the trials and tribulations of life, knowing that this life is simply a trial and pilgrimage to the next.  But it was his friends and fellow church-goers who showed up to indict Job when his fortunes turned sour:  “You must have done something wrong, sinned and offended God in some way for all this misfortune to have come to you,” they said.  Apparently, the Hebrews of old believed in the “prosperity gospel” too.   But the entire book of Job is a refutation of their accusations.  The book of Job should also be a corrective to the modern “prosperity gospellers.”  In point of fact, it is the very first line of the first chapter of this book of the Bible that offers us the key to having a special relationship with God: “Job…was simple and upright, fearing God, and avoiding evil” Job 1:1.

Second, wealth cannot be considered a curse either.  Again, Job was a man of wealth and praised by God.  Joseph of Arimathea, clearly a friend of Christ, is said to have been wealthy.  History is replete with wealthy individuals making incredible, charitable gifts, establishing hospitals, schools and other works of mercy.  How could anyone do such things if not from their abundance, from their wealth?  This is not to say that someone of less means cannot be charitable, but it is to establish that wealth, in and of itself, is not a curse or an evil and that great things can develop from it.

Which brings us to our final query: So if wealth is not bad in itself, why the regular warnings against it (see those already cited plus, John 2:15. Acts 8:20 and others)?

And the answer is quite simple really: Wealth can be bad, can be a great temptation and the cause of our damnation IF we are more attached to it, a creature, than to our Creator.  This attachment to and trust in material things happens more than we care to admit.  Ask yourself: Where is your treasure?  In heaven or in your retirement account?  Which do you believe will keep you safe in the future? Is there any suffering that could be alleviated by your sacrificial giving, but you would prefer keeping your money over offering charity?

No, wealth is not a measure of God’s blessing, nor a curse or a sin (necessarily), but it can be, and often is, the most challenging of temptations to overcome.  “You cannot serve God and mammon”  Matthew 6:24.

We would all do well to make the virtues of detachment, liberality and charity regular parts of our financial plan.