When You Hate Being A Father 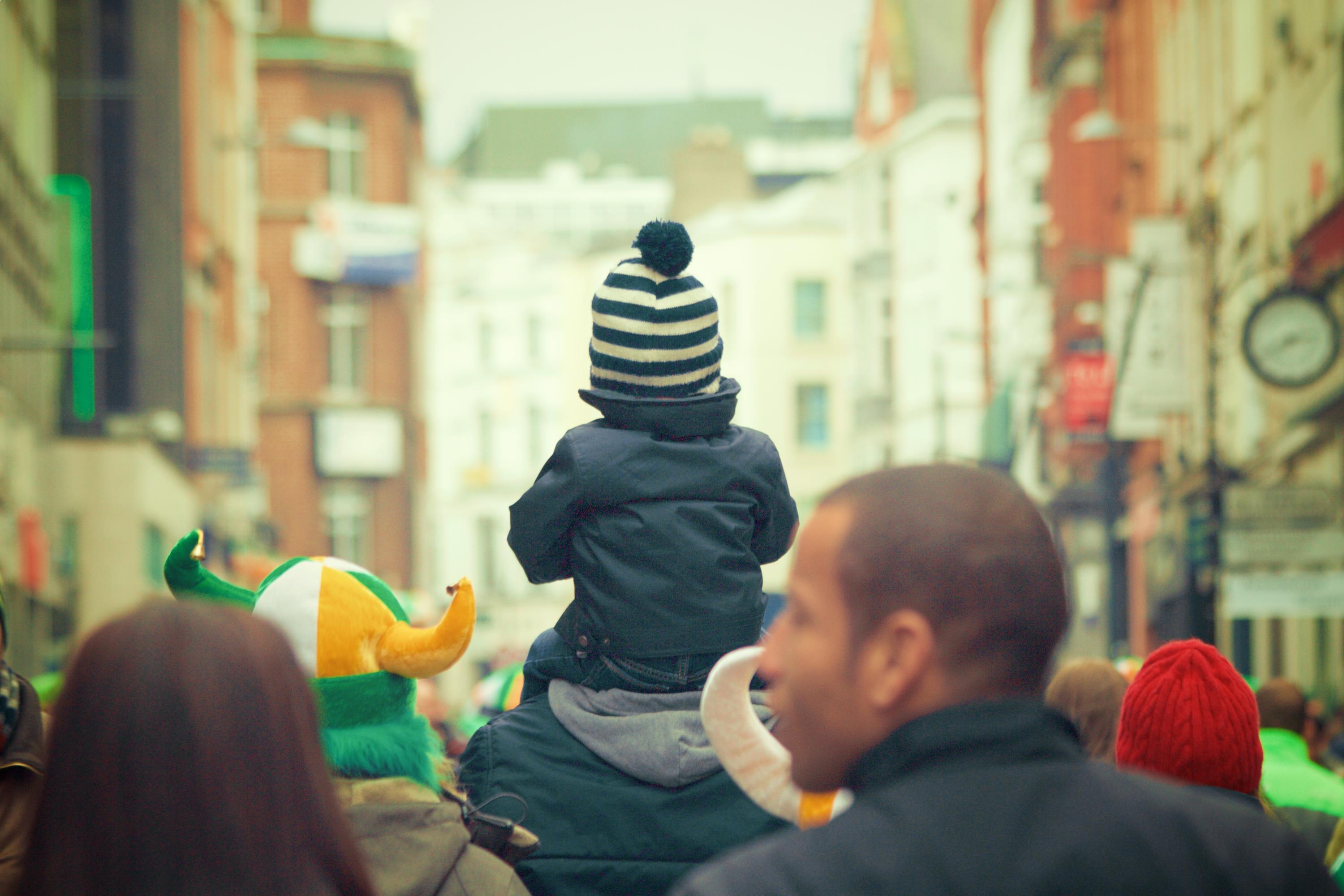 It is with heavy heart and weary mind that I present what is one of the hardest statements I’ve ever written: I wish I were not a father today.

I should probably clarify this little bit of bitterness. I do not mean that I wish I did not have my two beautiful boys, who look up at me with their mother’s deep blue eyes. I do not mean I regret the sublime privilege of cooperating with the Creator and my wife to bring new life into this world. I most certainly do not mean that I despise the honor of sharing with some of the most incredible men who have ever lived on this planet the title of “father” or “daddy” or “dada.” I love all of those fantastic and blessed facets of fatherhood.

What I mean is that I wish I were not a father in today’s world, with all that that burden entails.

I know that most parents must feel the weight of the corrupt world around them. They look out of their windows, whether at home or at work, or they flip through the television stations, or they read on their newspapers or computers. They do all of this and see nothing but sadness and hatred, in a word, evil. Then they turn around, or they pick up the picture they carry with them or have propped up at their desk and look into the smiling faces of the family they love so much. Then they feel the hatred of the world; then they feel dread and the overbearing, incomprehensible fact that we are called to defend our children and shape them into young children of God against the tidal onslaught that is modernity.

What can we do? How can we create a world safe for our children? There is no question that we must defend our families, but we cannot launch our defense by going out and attacking the culture. No king worth following would begin a war by abandoning his castle to enemy forces.

We must start at home, by building up our domestic fortifications. That might mean sacrifices for ourselves. It might mean monitoring what comes into the home early, instead of fighting an uphill battle for our children’s souls later. It will mean planning with your spouse, husbands listening to wives and wives listening to husbands.

Permit a simple example from my own parental life. We have a TV that supports various streaming services (Netflix, Hulu, etc.). This has opened up a world of children’s programming that was otherwise unavailable to us. That has also meant that my wife and I have had to raise our guard against what we show our older son, who is not yet three. My wife, for example, noticed that one children’s show, specifically geared towards his young demographic, featured an episode where the main characters lied without any negative consequences or correction. On my part, I’ve had to limit the superhero cartoons I watch with him, as he has already begun imitating the fighting exemplified on the screen, sometimes at risk to his little brother (and parents too!). Small solutions on our part will hopefully help him make good decisions in the future.

Once we have fortified our home, we begin our counterattack. This can take many forms, depending on our vocation in life. Those involved in entertainment and journalism, by their influence, have the responsibility of shaping the culture on a wide scale. Those involved in politics, from the lowliest lobbyist to those who hold public office, shape the legal structure of our nation. My fellow teachers and I have the distinct privilege of instructing the next generation in the classroom.

No matter what profession or calling we have, we can model for all what true Christian charity looks like. We can work with honor, integrity, and peacefulness, virtues too often discouraged in the modern marketplace. How beautiful it would be if we became known at work as an incorruptible man, one who is known for heroic honesty. When faced with challenges, we can approach them as the saints might, especially our universal patron, St. Joseph. Joseph was a “just man,” one who sought to do what was right even in the face of cultural challenges. So might we when facing down cultural challenges.

Above all, we should love. Love was the hallmark of the earliest Christians. “See how they love one another,” said the pagans of the Roman world. It was Christian love that shocked the barbarians and moved those disposed to God’s grace. It was the love of Christians that transformed the world into Christendom, a society with Christ at the center. It is love that we must turn to so that we can transform our world today. That starts with us, with the way we show Christ’s love through our lives.

Our culture cannot be changed from the top down. That is just not how cultures change. It must start with us, with individuals. If we are dissatisfied with the direction our nation has gone, whether politically or culturally, then we must act. When we are asked about what we think, we must, with charity, say what we truly think. You will be surprised how many people share your belief, but are unwilling to stand up for the truth. All these people need is someone to take the first step. Then there will be a tide of men and women standing together as one, repelling the evil facets of society.

It has happened before. Read about the resistances against tyrannies, against the Reign of Terror during the French Revolution, or the Nazi and Communist regimes in the twentieth century. The resistance always began with people like us, husbands and fathers who had had enough of evil and who sought to end corruption. So they acted, and the world changed.

So must we if we are to transform our world today.

Today’s world, with its anti-culture, is a less-than-ideal one in which to raise a family. Even though we face a vast enemy horde, our strategy is simple. First we build up a strong home, a fortress for our family, able to withstand the most oppressive attack; that is most essential. Then, we launch our attack against the culture itself, waging war not with weapons but with love. It is our witness of love, formed in the family, which will ultimately bring about the transformation that this world needs so desperately.

If we can bring about this transformation, a father will be able to look around him, eyes resting on his wife and children, surveying the culture that surrounds them, and say, “I love being a father today.”