Voting and the Common Good 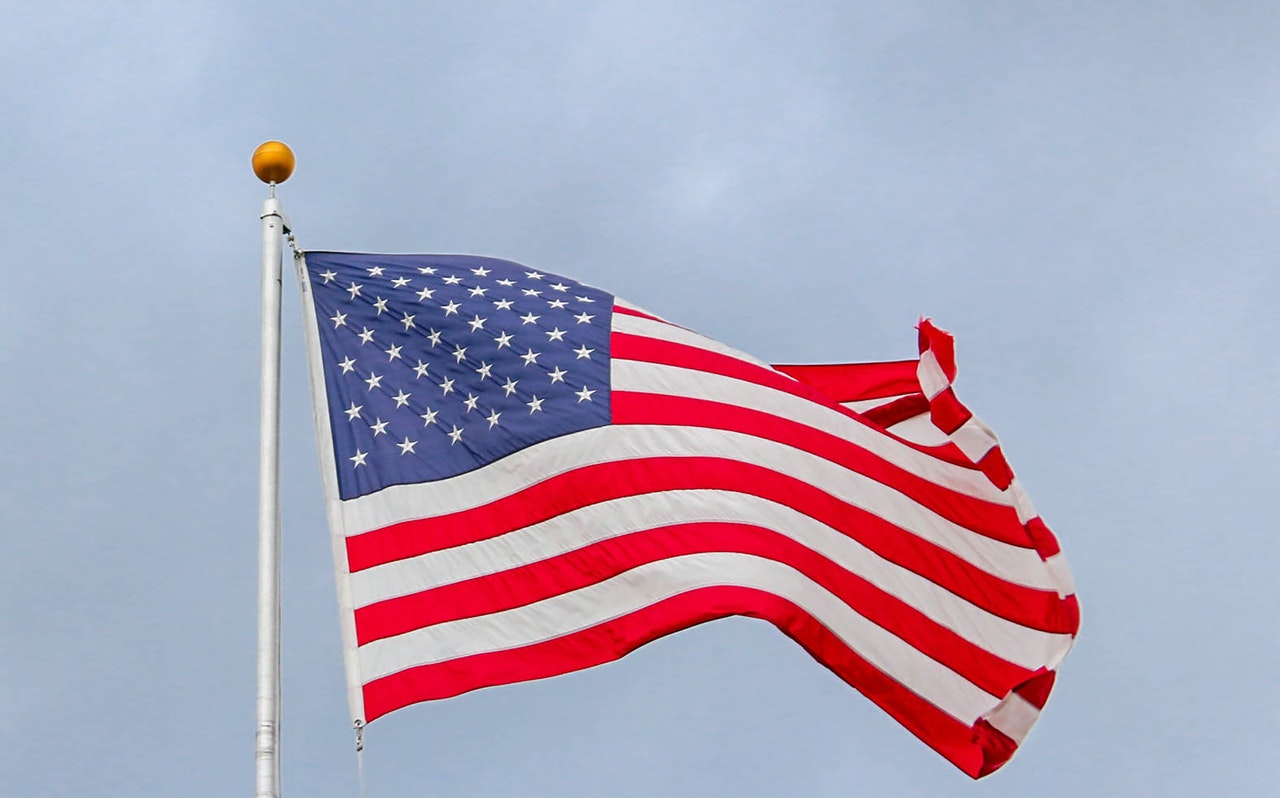 Catholics have been accused of focusing on one issue for the election: abortion. Life, however, not only serves as the foundation of the common good, it also is completely interwoven with its other essential elements. Protecting life is bound up with justice as a whole and the securing of every other right and duty. On the eve of the election, looking to the Catechism of the Catholic Church makes the moral stakes of the election clear by focusing on the entire common good:

The common good comprises “the sum total of social conditions which allow people, either as groups or as individuals, to reach their fulfillment more fully and more easily” (Gaudium et Spes,26). The common good consists of three essential elements: respect for and promotion of the fundamental rights of the person; prosperity, or the development of the spiritual and temporal goods of society; the peace and security of the group and of its members (1924-25).

Recently, some Catholics have pushed back against the argument that the predominant issue for the election is the defense of human life, something that Pope Francis actually confirmed to the US Bishops during an ad limina in January 2020. Focusing “exclusively” on abortion, the counterargument goes, leads to the exploitation of other vulnerable people and undermines a consistent life ethic. Writing for the National Catholic Reporter, María Teresa Dávila claims that “the pro-life movement’s hyper focus on the dignity of the unborn, misappropriated and distorted for political gain, corrupted the ability of the church to be a voice for the fullness of the Catholic vision of the common good.” This hyper focus, she contends, has led to a “debilitating and atrophied vision of the common good.” There is no mention of what the common good actually is and how the right to life fits into it within her argument. Dávila seems to offer another articulation of Cardinal Joseph Bernadin’s articulation of the “seamless garment,” arguing that every issue touching on human dignity must be seen with a coherent life ethic. There is nothing wrong with that statement on its face, only its use to undermine the primacy of the right to life and to justify voting for candidates who advocate for the murder of unborn babies and the elderly.

I agree that life issues form a seamless garment regarding humanity dignity, even as we need to turn the argument on its heard. Because issues of human dignity are woven together, you cannot simply leave the destruction of human life to one side while working for just wages or fair immigration laws. Destroying innocent human lives rips right through the garment because there are no seams by which to detach life issues from social justice. Why? Because the Church teaches that the right to life is the most essential right and the one upon which all the others depend. If we do not respect the dignity of human life, judging rather that some people should die, then there are no true rights at all, as human beings have been reduced to dispensable, utilitarian objects. When the innocent may be killed, there is no foundation for saying that anyone truly should live and no basis for inalienable rights. The Declaration of Independence recognizes this order: “life, liberty, and the pursuit of happiness.”

Without a true commitment to defend the right to life of all innocent persons, there is no common good. The Catechism recognizes this basic reality: “First, the common good presupposes respect for the person as such. In the name of the common good, public authorities are bound to respect the fundamental and inalienable rights of the human person” (1907). The right to life is presupposed, meaning it is the most foundational and essential component of pursuing the common good. Governments exist, first of all, to make sure that we can live. If a government allows its own citizens to be murdered, it has undermined its own legitimacy and the rule of law itself.

The Catechism next recognizes how other rights flow from the right to life, including the right to religious freedom.

In particular, the common good resides in the conditions for the exercise of the natural freedoms indispensable for the development of the human vocation, such as ‘the right to act according to a sound norm of conscience and to safeguard . . . privacy, and rightful freedom also in matters of religion’” (1907, quoting Gaudium et Spes, 26).

The Founding Fathers did not think it was necessary to affirm the right to life in the Bill of Rights (as it was presupposed), but articulated religious freedom as the first right guaranteed to citizens. This necessary component of the common good certainly needs defending right now. Even the Supreme Court has let unjust restrictions on churches standing, denying an appeal from a Nevada Church on July 24th, allowing preferential treatment for casinos over churches, even though gambling does not appear in the Bill of Rights and clearly undermines the common good. As Archbishop Samuel Aquila has rightly argued, religious freedom is on the ballot this fall.

The second essential element of the common good in the Catechism relates to social life.

Second, the common good requires the social well-being and development of the group itself. Development is the epitome of all social duties. Certainly, it is the proper function of authority to arbitrate, in the name of the common good, between various particular interests; but it should make accessible to each what is needed to lead a truly human life: food, clothing, health, work, education and culture, suitable information, the right to establish a family, and so on (1908).

The Church repeatedly has taught us that the family is the most basic and necessary unit of society, whose rights must be respected for the flourishing of society itself. Leo XIII clarified that the family has “at least equal rights” to the State and possesses “rights and duties peculiar to itself which are quite independent of the State” (Rerum Novarum). Not only are the rights of the family under threat in many ways, the nature of marriage and the family itself has been undermined. After the direct murder of human beings, there could be nothing more suicidal for the common good.

Education provides one concrete way in which we see the State undermining the rights of the family. Public schools, influenced by socialism for decades, beginning with avowed socialist John Dewey, have sought to subvert the role of parents in forming values, particularly in the area of sexuality. This has been confirmed by a study released this last May by The Family Research Council, “Sex Education in Public Schools.” It was not enough to give children contraceptives and covert abortions, public schools now indoctrinate children on sexual identity and identity politics, while trying to hide it from parents, as became clear when parents overheard this during at home learning.

The economy also concerns the family closely. The goal of economics should be to help families to thrive and meet their own needs, as The Compendium of the Social Doctrine of the Church makes clear: “Work is essential insofar as it represents the condition that makes it possible to establish a family, for the means by which the family is maintained are obtained through work. Work also conditions the process of personal development” (249). The Catechism reinforces the last point, speaking, in the quote above, of development as focused on creating a productive society that can support itself in a cooperative way. The functioning of society also depends upon justice, not the enforcement of fashionable emotional reactions or agendas, but fair and honest decisions based upon the rule of law and the Constitution.

As if the first two points were not enough, the third essential point of the common good has become a pressing issue.

Finally, the common good requires peace, that is, the stability and security of a just order. It presupposes that authority should ensure by morally acceptable means the security of society and its members. It is the basis of the right to legitimate personal and collective defense (1909).

Removing funding for police and police immunity (as we did in Colorado) will have a direct impact on the safety and security of Americans, especially the most vulnerable. African Americans overwhelmingly do not want less police, especially as murder rates have already skyrocketed in major cities across the country. It is essential to the common good that the government ensure the protection of its own citizens (both at home and abroad). Pursuing justice is by no means opposed to law and order. Turning against the very ones who risk their lives to protect is not only nonsensical, it even points to a diabolic hatred of society, seeking to tear down the good of order.

The United States government has a duty to ensure the right to life, religious liberty, the rights of the family, proper social and economic conditions, safety, and security. These are the very reasons government exists.

Each human community possesses a common good which permits it to be recognized as such; it is in the political community that its most complete realization is found. It is the role of the state to defend and promote the common good of civil society, its citizens, and intermediate bodies (1910).

America faces very direct threats against her existence, especially from her own citizens who fail to grasp the true nature of the common good. The election provides us an opportunity to advance the common good by upholding the right to life in a way that flows into the three essential elements of the common good.

Give the Gift of Freedom This Christmas Season: EXODUS