Truth on Trial: The Galileo Controversy 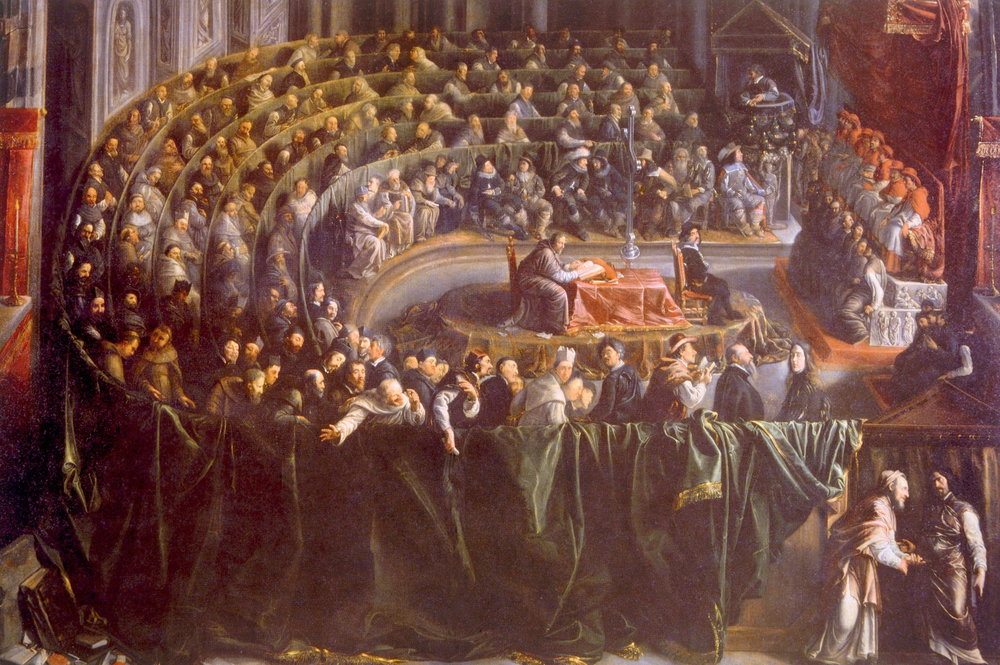 Discussions about Galileo Galilei rarely emphasize the scientific contributions of the Renaissance-era astronomer and physicist.  Even public broadcasting programs push the scientist’s science to the background in light of the more exciting fight between Galileo and the Church.  Galileo was the victim, the general narrative goes, of the Roman Inquisition, and with those two words, “victim” and “Inquisition,” a picture forms in fertile minds of poor Galileo strapped to some rack, forced to confess that the sun goes around the earth, under threats of torture and death.  Galileo, such people argue, is a martyr for the truth of science against the oppression of superstitious religion.

Truth, then, will be the judge of the Galileo story.

Prior to his controversy with the Church, Galileo enjoyed great success in academia.  By the time he became mathematics chair of the University of Padua in 1592 (he was 28), he had already gained notoriety for his analytical mind and designed several inventions.  His fascination with astronomy led him to make several important discoveries, such as Jupiter’s moons and the phases of Venus (which indicated that Venus moves around the sun, thereby indicating that not all objects in the sky move around the earth).  In all of this, Galileo found favor in academic and ecclesiastical circles; his critics were other scientists, his supporters frequently churchmen, including St. Robert Bellarmine and then-Cardinal Maffeo Barberini, later Pope Urban VIII.

He also taught a heliocentric model of the universe.  Initially, this did not result in any reprimand from Rome.  After all, Nicholas Copernicus, a Polish priest-astronomer, had formulated a similar heliocentric model years before.  Copernicus was careful not to declare his findings as settled fact, but as theory.  Galileo, however, was not so cautious.

In 1615, Galileo was accused of heresy after publishing a letter he wrote examining the heliocentric model of the universe in light of Joshua 10 (the famous passage where God stopped the sun in the sky).  Galileo had appealed to St. Augustine, who had written about balancing astronomy and Scripture when interpreting the Bible literally.  This is a good method in Scripture studies, but at a time of unease over personal interpretations of Scripture (Martin Luther had begun his revolution just a century earlier), people became wary of Galileo’s views.  The reaction from Galileo’s supporters, most notably Robert Bellarmine, was to caution Galileo to teach the scientific theory as a theory, rather than a scientific fact.

In 1616, Galileo headed to Rome and met with Bellarmine.  It is here that the story gets messy.  The initial story is that Bellarmine explained that Galileo could teach the heliocentric theory as a theory, but not as a fact, and that he also had to teach arguments against the theory.  A later document, suspiciously unsigned by either party, states that Bellarmine forbade Galileo from formally teaching or writing about the theory.  This document would be presented as evidence at Galileo’s more famous trial in 1632.  Either way, Galileo agreed to stop teaching Copernicus’ theory as a fact, nor would he write from such a position.

That same year, a group of theologians examined the Copernican model of the universe.  They determined that the theory that the sun was “the center of the world and completely devoid of local motion” to be “absurd” philosophically and “formally heretical” in that it seemed to contradict Scripture.  However, the report of the theologians was just that, a report; it was never officially approved by the pope at the time, Paul V.

Galileo went back to teaching and writing.  In 1623 he published The Assayer with ecclesiastical approval; he dedicated the work to the new pope, Urban VIII, his old friend Cardinal Barberini, who encouraged Galileo’s work as long as he stressed that the heliocentric model was not the only model of the universe.  Urban VIII even asked that his own thoughts on the matter, an argument defending a geocentric model of the universe, be included in Galileo’s next work.

That work was Dialogues Concerning the Two World System.  In it, three figures (a heliocentric-supporting scientist, an impartial scholar, and a foolish philosopher) debate the different views of the cosmos.  Galileo used the work to declare his heliocentric model the only acceptable model for the universe; to add insult, he had the foolish philosopher present Pope Urban’s argument.  It wasn’t long before Galileo was back before the Roman Inquisition, this time without the support of Pope Urban and his other friends in Rome.

It was very easy for the Inquisition to find evidence that Galileo had gone back on his promises and had taught what he had sworn he would not teach.  Dialogues quite clearly taught the heliocentric model was the only acceptable model of the universe.  The decision of the court is famous, though greatly misconstrued.  Because Galileo had broken his oath, published a heliocentric-supporting book, hidden the fact that he was not allowed to publish said book from his publishers, and continued to question the authority of Scripture, he was convicted of being “vehemently suspected of heresy.”  Essentially, since the issue of heliocentrism wasn’t officially defined as a heresy, Galileo had not formally committed heresy; however, his teaching was dangerous and could easily lead others astray.

His sentence was light, compared to the stories often recounted in popular histories: to recite the seven Penitential Psalms once a week for three years and to spend the rest of his life in his villa in Tuscany.  We have the official confession of Galileo, written and signed by him, wherein he agrees to this sentence.  Notably, Pope Urban VIII did not sign a condemnation of Galileo nor of his teachings, though his writings were banned from publication for a time.

This sentence worked out well for Galileo, in a sense.  Because he was no longer focused on studying heliocentrism, Galileo began working on other scientific inquiries, including perhaps his most important contribution to physics, namely Discourse on Two New Sciences and devising a way for pendulums to work in clocks.  His sentence was lightened soon afterwards.  For example, at first he wasn’t allowed to leave his villa even for medical reasons, but he was then allowed to move to his house in Florence to be nearer to his doctor.  Likewise, at first he had to read the seven Psalms himself, but as his vision failed, his daughter took over the recitation for him.

How does the Church fare in all of this?  Never in the entire Galileo affair was he condemned as a formal heretic, nor was he tortured by the Inquisition, both of which are claimed by critics of the Church.  The real controversy was over pride.  Galileo felt that he did not need to listen to his scientific colleagues nor his religious superiors; some of the members of the Inquisition, their own personal pride hurt, pushed an issue that might have been better left to more competent astronomers than themselves.  At the same time, Pope Urban and St. Bellarmine acted as better scientists than Galileo; the scientist insisted that his scientific theory was the only correct one, while the churchmen urged caution.   Today, scientific theories remain open to criticism until, after much time and testing, they may be considered law and taught as truth.  The pursuit of truth must never be exhausted, even if the theory is probable.  When the proponents or critics of scientific theories fall into pride, that is when science and truth cease; and no human is free from this temptation.

Just as the controversy over Galileo hinged on scientific truth, so also our discussion of the affair should stem from the historical facts.  Truth is the realm of the Church, for her founder declared that He is “the way, the truth, and the life.”  Catholics should not be afraid of truth, neither in the case of Galileo nor in any other historical controversy.

Mirus, Jeffrey.  “Galileo and the Magisterium: A Second Look.” https://www.catholicculture.org/culture/library/view.cfm?recnum=559

GalileoInquisitiontruth
04 08 2016
Back to all articles

Be Encouraged by the Courage of Jesus Christ