Too Many Crises or Just One? 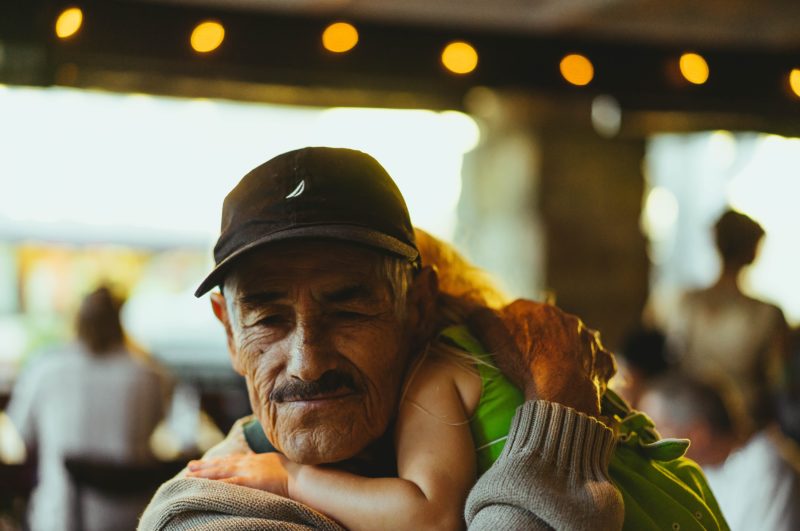 Let me begin with a story, that you may have heard before. It concerns a father and his son. This man and his son had suffered a great loss because the father’s wife, the mother of the family had died. So too had the eldest son. Now, it was only the father and the son left. As the family had been reduced to two from four, and to cope with the emptiness of their apartment, the father and the son shared now the same bedroom. Often during the night, the son would wake up and see his father kneeling in the dark, deep in prayer. This fatherly example of prayer made a deep impression on the son.

The boy was the young Karol Wojtyla, the future St John Paul II, and his father, Karol Snr, gave to him a witness of prayer and devotion that became for him the seed of his vocation to the priesthood. Without his father’s example, Karol Jnr perhaps may not have become a priest, a bishop and the Pope; and a saint.1

This same boy who became Pope and Saint wrote that the original sin of Adam and Eve was more than just wrong-doing. It was casting doubt, serious doubt, upon the gift and love of God. It was also man turning his back on the Father. “By casting doubt in his heart on the deepest meaning of the gift, that is, on love as the specific motive of creation and of the original covenant, man turns his back on God-Love, on the ‘Father’. He is some sense casts him from his heart.”2

Most of us, as Catholic men, know and acknowledge that there has been a crisis of masculinity for some decades now beginning with radical feminism, made worse by the confusion around gender in recent years, and many other social trends. We’ve heard the mainstream media applaud the possibility of births and marriages without men, and we’re well aware of the claim that masculinity is toxic. Likewise, we know of the claim that to be male and white is somehow to be privileged.

Now we have reputable sociologists talking of a boy crisis. It’s not just that girls have gained much-needed ground and boys have remained the same. But rather by every metric boys are declining in a dramatic way.3

Then there is the crisis of fatherhood, which St John Paul the Great mentioned in connection with original sin.

A study conducted by the Swiss government in 1994, and published in 2000, revealed that the religious practice of the father of the family “determines the future attendance at or absence from church of the children.”4 The study found if a father doesn’t attend church, “no matter how faithful his wife’s devotions — 2% of children will become a regular worshipper. If a father does go regularly, 75% of the children will continue as churchgoers. Can the decline in Mass attendance be attributed to a lack of fatherly example, unlike that of Karol Wojtyla Snr.?

On a human level, too, fathers have enormous impact on their children, particularly their sons. Today, statistics seem to show that children who grow up in a fatherless family are considerably more likely to go to prison, experience depression, become pregnant as teenagers, or be abused.5

I would suggest that in recent events in the USA, and now playing out on the global stage of the Church, we have entered into, or at least become more acutely aware, of another crisis: the crisis of spiritual fatherhood.

What has been uncovered since about the mid-nineties about the sexual abuse of children in many countries by priests was seen, not incorrectly, as a psychological problem, a sin, a civil crime and a betrayal of trust. Yet now that we witness the same sins and crimes have been committed by bishops and cardinals as well as covered up or maybe condoned by other bishops and cardinals, and even perhaps the Pope, we have plummeted to new depths in this crisis of spiritual paternity.

We are rightly appalled and disgusted when a father would sexually abuse and rape his biological children. We must be even more appalled and disgusted when a spiritual father does the same to his spiritual sons.6 When it is done by a bishop, who is even more clearly a spiritual father, invested with his episcopal ring at consecration signifying his nuptial relationship with the Church, we can even be incensed.

So, yes, there is a crisis of masculinity. There is a boy crisis. But I would argue that underlying these, there is a crisis of fatherhood and most particularly spiritual fatherhood. When I say this, I do not just mean the ordained, celibate members of the Church. I mean all Catholic men. For you who are biological fathers, while your child carries your DNA, you spend the whole of your life fathering that child in his/her spirit, personality and character. You have the grace and responsibility to father a child physically and spiritually.

What can Catholic men do in the face of this crisis? Yes, they can, according to Canon 212, make known their views to their pastors. But if you do that and even if you do not, we must, all of us, no matter what our vocation, step up and become upright and virtuous spiritual fathers. We must lead our families and parishes and dioceses in praying the Rosary. We must lead by example in Eucharistic Adoration and in going to Confession.7 We must teach our children and our people the abiding treasures of our Catholic Devotions, for example, the Brown Scapular, the Divine Mercy devotions. And we also, quietly and without drawing attention, must fast and do penance for our families and the Church.

Don’t we as men love a challenge? Doesn’t our heart stir when we hear of brave warriors who fight for the good and the right? Well, Christ is calling us to be the warriors of the remaking of his Church. We don’t see the whole picture but only the smaller and grisly details. We leave the bigger picture to our commanding generals:

St Joseph, who is terror of demons and protector of the universal Church,

St Michael the Archangel, who is our defender,

Our Blessed Mother, Mary, who is the warrior Queen crowned with twelve stars, clothed with the sun and standing on the moon, and

Christ, our Saviour, who hold aloft the banner of his Cross, our sign of victory.

Catholic men, lay and ordained, rise up and defend the Church! Show the Evil One that there are men who are prepared to be men and fathers; eager to thwart his plans of destruction and confusion.

1 Joseph Pronechen, “Faith of Our Fathers: Why a Masculine Example of Holiness is Vital for Our Children”, (National Catholic Register, June 18th 2018). Also Pope John Paul II testifies to the link between his father’s prayer and his vocation; quoted in Jason EvertSaint John Paul the Great; His Five Loves, (Totus Tuus Press, Lakewood, CO, 2014)

3 Warren Farrell & John Gray,The Boy Crisis: Why Our Boys Are Struggling and What We Can Do About It, (Benbella Books Inc., Dallas TX, 2018)

4 Joseph Pronechen, “Faith of Our Fathers”.

7 Here there is particular need for priests and bishops to be available often for hearing confessions. St John Paul the Great said that “every priest should freely become a prisoner of the confessional” because “it is in the confessional that his spiritual fatherhood is realised in the fullest way.” quoted on pg 189 of St John the Paul the Great: His Five Loves, by Jason Evert

Catholics & the Use of Force: Introduction