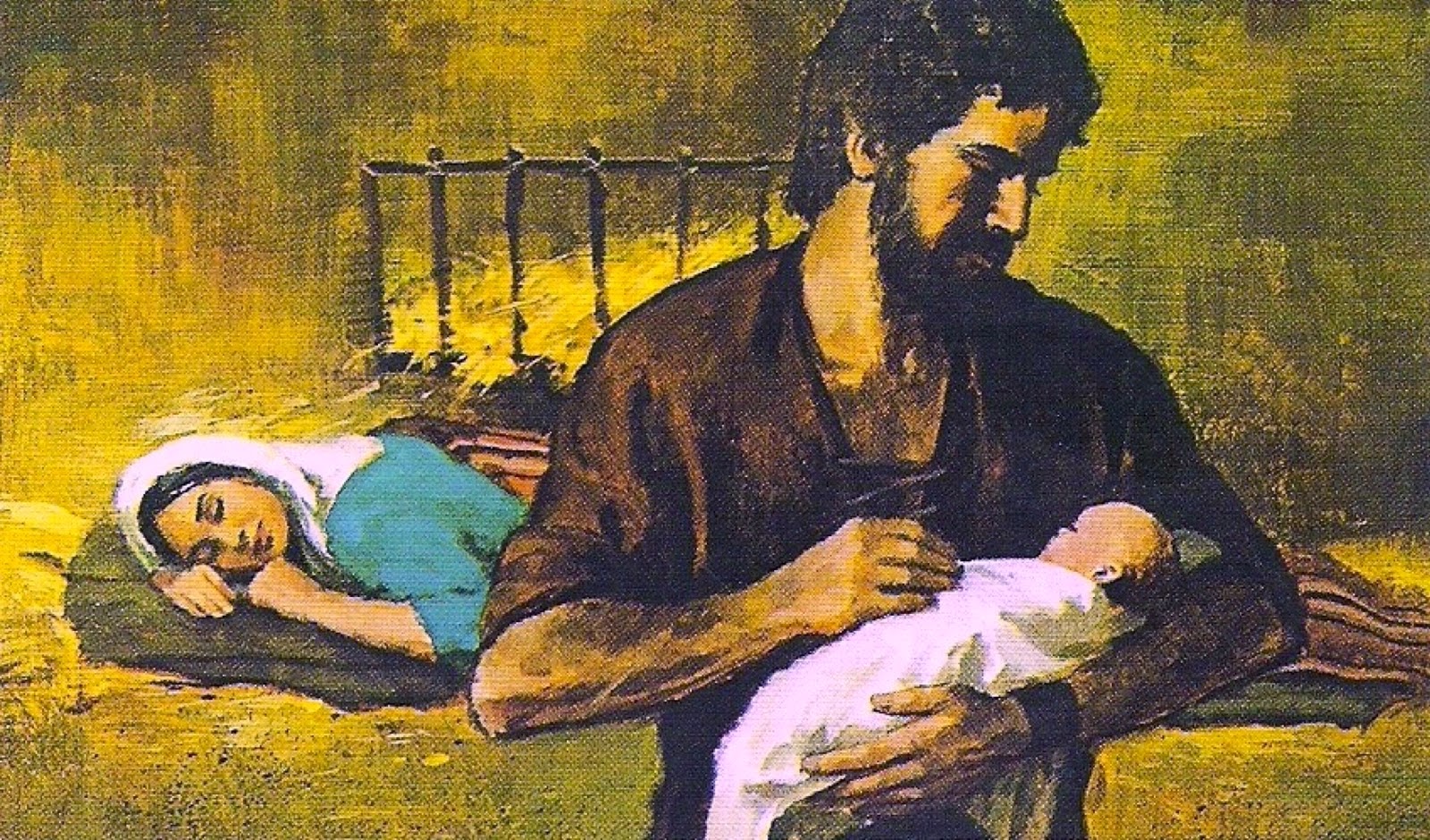 “It’s no mistake” I said to Mike, “that every Catholic church has an image of St. Joseph up front.”

Mike had come for confession and counseling over his failures as a husband and father. He had got caught up in the trap of pornography and ambition. He made some bad, short cut decisions. Stress built up and workaholism began to bite. Mike began neglecting his wife and children — regarding them as a burden and nuisance. As a result, his wife was threatening divorce. Mike came to see me because reality had hit him in the face like a splash of ice water.

“St. Joseph”, I continued, “is given to us as the model husband and father. His primary virtue is faithfulness, and from that faithfulness comes every other virtue that he displays.”

In Matthew’s gospel St. Joseph is described as “a just man”. Other versions translate the text saying he was “faithful to the law”. In other words, Joseph submitted himself to the higher law of God, and it was this essential obedience to God and faithfulness to God’s will that was the bedrock of his life. St. Joseph lived out that verse from the gospel, “Seek first the kingdom of God and his goodness, and everything else will be added to you.”

As the foster father of Jesus, St. Joseph’s faithfulness produced a list of other virtues, but there are three that we see in the Christmas stories which are especially necessary for men who wish to walk in his footsteps.

The first virtue that springs from St. Joseph’s faithfulness was purity. In an age where pornography and rampant immorality rage around us, purity can seem passive and pusillanimous. Purity which is passive and weak is not a masculine virtue. Instead true purity is powerful. True purity is rooted not simply in the avoidance of sexual sin, but in a positive and pro-active faithfulness.

The man who is faithful to his wife and to the Christian call to chastity walks a path of freedom and strength. Purity rooted in faithfulness to God’s will and God’s way displays a fully mature and integrated sexuality. The powerful and positively pure man understands the fecund drive of sexuality and treats it as a powerful force in his life—not simply a plaything or something to be feared and suppressed. We see this positive purity in St. Joseph’s acceptance of the Virgin Mary as his wife, his ability to refrain from sexual relations with her, and his powerful channeling of his sexuality into the service of a higher love.

The second virtue that grows from St. Joseph’s faithfulness is patience. St. Joseph comes across as the strong, silent type. He watches and waits. He observes the situation carefully. He is able to stop, look and listen. He does not react impulsively, but holds back, so that he can move carefully at the right time after gathering all the facts.

Joseph’s patience grows from faithfulness because his whole life has been rooted in the law of God. Through a life of study and prayer a Jewish man of Joseph’s generation learned to listen to God, trust in God and then to obey. To develop such a deeply spiritual life requires hard work, perseverance and patience—a virtue we see in his careful care for Mary and the Christ child, and a virtue we need to develop in our highly charged, impulsive and fast paced world.

The third virtue that emerges from St. Joseph’s bedrock of faithfulness is prudence. Prudence is the wise and careful discernment that enables us to choose the right path. St. Joseph’s prudence is seen as he finds shelter for Mary as she is about to give birth. His choice to flee into Egypt and return when conditions are safe, reveal a prudent, mature and wise guardian of Christ. Again, St. Joseph’s virtue of prudence is rooted in his faithfulness because it is his deep trust in God’s providence which empowers him to take risks and make right choices knowing that God is ultimately in charge.

The Christmas story is wonderful not only because it is loaded with supernatural elements like a miraculous birth, angels and guiding stars, but because it is also full of the extraordinary strengths of ordinary people like St. Joseph. The purity, patience and prudence he displays were a reminder to people like Mike who are struggling with the responsibilities of marriage and fatherhood. Mike’s marriage was in a mess because he lacked purity, patience and prudence, and he lacked those virtues because he lacked that deep faithfulness to God from which those virtues grow. When I was able to direct him to re-prioritize his live and develop a genuine devotion to St. Joseph, we began to see those same virtues flourish in Mike’s life and his home life began to turn in the right direction.

Christmas festivities are therefore an opportunity not only to celebrate food, family and friends, but also to re-set our priorities and determine once again that we will build on the bedrock of Christ, and like St. Joseph, ensure that our whole lives revolve around the child in the manger.

In 2006 Dwight returned with his family to the United States and was ordained as a Catholic priest under the Pastoral Provision—a system through which married former Protestant ministers may receive a dispensation from the vow of celibacy in order to be ordained as Catholic priests. He is the parish priest of Our Lady of the Rosary church in Greenville, South Carolina. Visit his website and browse his books at dwightlongenecker.com.
ChristmaspatienceprudencePurityst. joseph
12 24 2015
Back to all articles