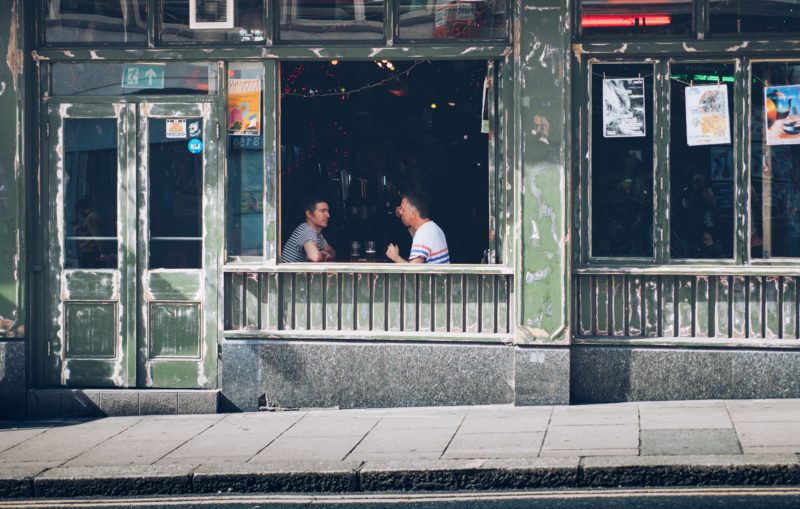 In Fraternus, one of the hardest things to teach or re-teach to men is the art of conversation with young men and boys.  Men are very objective oriented, and our habits of work and education reinforce this – “what’s the mission and the course of action needed.”

This simply doesn’t work in conversation, and I can prove it.  If I enter into a conversation with a very focused and narrowed “objective,” it won’t take long for you to find out and be put off. I am not speaking of going to someone with a specific question or something, but of the curriculum-like intention of imparting information or data.  What is to be avoided is the failure to see the person before you.

Teaching is of course necessary and information is not bad.  If you are out to just impart, then, I guess, impart away.  However, the clumsy but unavoidable thing between what you know and what someone else does not know is his humanity, and yours.  To skip over those things is to skip over conversation and the dynamism between two persons.  Most people can sense when their humanity (i.e. who they are) is unimportant to the person speaking who only wants to be heard and acknowledged as knowledgeable.  From Socrates to Jesus to Aquinas to the Baltimore Catechism, the greatest teachers have been those that are able to ask the right questions, not give the right answer before a question is even asked.

Conversation is not “sharing your feelings” (necessarily) or anything else that saccharine.  It comes from the Latin words con and versus – loosely “together” and “against”.  Persons come together in conversations, and they are both with each other and, if you’re so blessed, sometimes against each other.  Arguments among gentlemen are not to be feared.  Not in the sense of being in opposition, but receiving fully what is known by the other and unknown by you, and vice versa.  Having to defend yourself sharpens the saw, and going deeper in agreement (correcting when necessary) is obviously fruitful.

The advent of the “Great Books” idea actually began with a book called Great Books of the Western World, and the opening chapter is “The Great Conversation.”  This does not in the least entail that it is some circular “dialogue of understanding” aimed at two individual egos, but a desire for and belief in (in the West) Ultimate Truth, which philosophers, theologians, and poets have been stretching toward thanks to the realism that came along with Christendom.  Good conversation melts the ego together into friendship so that together (and stronger) they can seek the truth as brothers.

Like writing or shooting skeet, good conversation is best learned by practice, but the first lesson is, of course, to learn to listen.  “Silence is one of the great arts of conversation,” said Cicero.  It also requires a mutual desire for truth and an object of discussion, and the deeper a friendship is the deeper a conversation can go.  Many of you learned to discuss the higher and more important things during your journey through Exodus 90. In this Easter season, do not neglect to keep that habit going even if you’ve returned to warm showers.  “Brothers, if you be risen with Christ seek the things that are above…” (Col. 3:1).

conversationlearnlistenmenmutualsharing
04 19 2018
Back to all articles

Leisure: The Basis of Manliness

Fatherhood: Be A Gift to Your Children