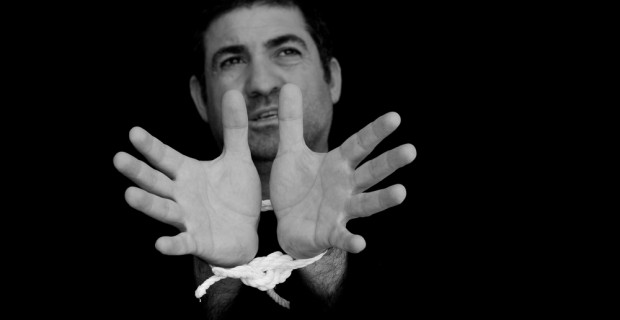 This article is the second installment. See The Sin of Lust: How Serious Is It?

“If you live according to the flesh you will die,” says St. Paul (Rom. 8:12-13). Man must discipline his flesh or it will overtake him. “He holds his life cheap, that will not listen to a warning; heed [discipline], and be master of thy soul” (Prov. 15:32). This is not because the flesh is evil but because man has fallen, and the very powers that God gave us to preserve life can turn around and become our destruction, like a hunting rifle used for suicide.

Some overemphasize the “fallenness” of the flesh making it some sort of evil god that works against the good God, but the body is not evil. The body was created good by God and will one day share in His Glory. “I believe in the resurrection of the body,” we say in the Creed, because one day “the life of Jesus [will] be manifested in our mortal flesh” (2 Cor. 4:11). Discipline is the proper word because it recalls the thought of children who are disciplined so that they may be well-formed and virtuous, to reach their full potential. Like children, the appetites only become unruly when they are spoiled and undisciplined. Therefore, “do not gratify the desires of the flesh” (Gal. 5:16-17). And just as it is the loving parent that brings discipline, it is the man that loves himself rightly that disciplines himself. He is not allowing his fleshly desires to direct him, but he directs and teaches them. The word “disciple” comes from the same word as “discipline,” which means to teach.

But it appears that the more we try to be temperate for the sake of discipline the more we fail. The great spiritual writer Edward Leen clarifies why. He warns that if we think seeking perfection (sanctity) means that man sets “before him his own perfection as an object after which he is to strive, it is apt to lead to serious mistakes in the spiritual struggle.” Why? We can reduce the following statement to hear the folly: “I am striving after the perfection of me.” Remove a couple words and you’ve found the pride lurking underneath this pious vanity: “I am striving after me.” So what then are we striving after? “God is the final end of man,” says Leen, “and therefore the object after which he must strain in all his spiritual and moral endeavors… [And] to become intimate with God, the soul has only to become intimate with Jesus…” When a man has a true understanding of discipline for his flesh, it is always in Christ. “And those who belong to Christ Jesus have crucified the flesh with its passions and desires” (Gal. 5:24).

To contrast self-centered and Christ-centered discipline, we can picture a man “discipling” his body at the gym, with his eyes fixed on his form in the mirrors. He is physically disciplined and fit, yet he struggles with many sins of the flesh. He thinks he’s enacting St. Paul’s attitude towards his flesh: “I pommel my body and subdue it…” (1 Cor. 9:27). The failure comes because his eyes are fixed upon himself in the mirror and not the cross. If we want true discipline, it must be united to Jesus Christ. The Christian’s discipline is different, because it is a sacrifice, and we sacrifice only for what we love. It is important to note, however, that grace builds on nature, which means that life in God, a supernatural life, does not replace the natural—it builds on it. So, men that live an easier, less disciplined life will find it harder to have healthy habits of discipline, like rising early for prayer. But the point is that even those who are more naturally disciplined will need to unite it with the cross, and not have a self-centered discipline. Habitually lazy, overweight men and body-image obsessed men can have very different physiques and appearances but their inward condition be the same problem: self-absorption, self-adoration.

“Since therefore Christ suffered in the flesh, arm yourselves with the same thought, for whoever has suffered in the flesh has ceased from sin, so as to live for the rest of the time in the flesh no longer by human passions but by the will of God” (1 Peter 4:1-2). We discipline the body so as to sin no more, to overcome passions, and to have our minds set on heavenly things, lower things are subjected to higher things, and not higher things subjected to lower.

For both gluttony (intemperance in food) and lust (intemperance of sexuality) Aquinas interestingly presents talkativeness as a symptom of intemperance. This is because the talkative do not tend towards true conversation, the mutual enjoyment and exchange between two people, but they are interested only in talking. As lust uses a person to reach venereal pleasure without true consideration of the other as a person, the overly talkative use other people as the “thing to talk at.” There is no true consideration of how they are received but only that they can talk. “The [talkative] love to be the center of attention and for some reason believe that others delight in them about as much as they delight in themselves,” explains Doug Mcmanaman, “And so they employ their words to that end, namely, being the object of others’ attention. As long as they are talking, others have no choice but to listen, and so they prolong their discourse as long as circumstances allow, if not longer. And the matter of their conversation will almost always center around themselves in some way, either directly or indirectly.” It is interesting that the great spiritual mentor of many laymen, St. Josemaria Escriva, who preached that discipline (mortification) must be a constant disposition, gives this council on conversation: “Make sure you practice this very interesting mortification: that of not making your conversation revolve around yourself.”  The poet Matthew Prior linked indulging the body, clouding the mind (which was discussed in Part I), and talking too much in just two lines:

They never taste who always drink;

They always talk that never think.

For the man who is intent on being a worthy Christian mentor, this ought to provide the inspiration to focus more on listening than talking. When one is mentoring he naturally knows that he is more advanced than his student and truly does “have something to say,” but first he must model conversation by trying to better understand and listen to the student. If after encounters with a student the mentor talked constantly, more of a lecture than a conversation, then he must ask himself if his mentoring is a sort of self-love. Love for his student means that he desires that he become virtuous, but he will not be able to guide a student whom he does not truly know. He must also accept that society teaches happiness by indulging—doing whatever feels good—so the student will presumably be more self-absorbed. But this cannot be countered by the mentor being self-absorbed as well. There will be moments where the mentor can employ his words to correct this very thing—“My brother, if you and I are going to have a conversation about this, we both cannot be only absorbed in what we have to say to each other, we must have a conversation.”

Obscene and unbecoming talk is also a sign of intemperance because intemperate self-absorption does not consider how words are received because they don’t love others, only themselves. Or their language is sensational—they love to use fowl, vulgar, and offensive speech just to “get a rise” from those around them. They love being a spectacle because they are the center of the show. We must be careful here not to think that simply cutting off these things—“stop cussing!”—will remedy the problem, because it is an inner disorder that is the problem. The words and acts are a symptom, but the problem is deep within. “But those things which proceed out of the mouth come forth from the heart; and they defile the man” (Matt. 15:18).

When we become temperate, we focus not inwardly, but on ordering our inner self so that it becomes a gift to God and others. Temperance then, since it deals in the self-preserving powers of food and sex, is a sort of “selfless self-preservation,” as Josef Pieper called it. We preserve and order ourselves for the sake of others, most importantly God, we “relinquish creation for the sake of its Creator,” as Pieper points out. What we’re looking for in our discipline then are signs of selflessness, and the greatest sign of selflessness is cheerfulness! The selfishly disciplined Christian is mournful and heavy in his presence. The grumpy man of discipline does not become the light of the world but a burden to it, and ought to shake off his selfish fasting and enjoy a good slice of bacon and follow it with a smile. “You fast and are peevish,” said St. Jerome, “The other eats and is pleasant. You work off irritability and hunger by quarreling. The other eats and gives thanks to God.” Our countenance will be cheerful, peaceful, and happy when we are truly disciplined, because our life is in order, our hearts are on God, and we will live in peace with our world, because “peace is the tranquility of order” (St. Augustine). “When you fast… wash your face,” advised our Lord to those tempted to sullenness (Matt. 6:17). Joy is the unmistakable effect of discipleship.

Thus, in both our dealings with ourselves as well as our mentoring relationships, it is joy that is the unmistakable sign of the disciplined disciple. Sadness comes when that which we have worshipped or served fails to bring the lasting and eternal reward we long for, which is the case with all carnal pleasure, because it is fleeting. Joy comes when we possess the thing we love and are free to delight in it. To obey and serve God and not obey the desires of the flesh is not the path to servitude but to fulfillment and freedom and joy. Yes, Jesus commanded that all of his disciples must “deny themselves” to follow Him (Matt. 16:24) but this was for the sake of more life, not less. “I have bestowed my love upon you… You will live on in my love, if you keep my commandments… All this I have told you, so that my joy may be yours, and the measure of your joy may be filled up” (John 15:10-11).