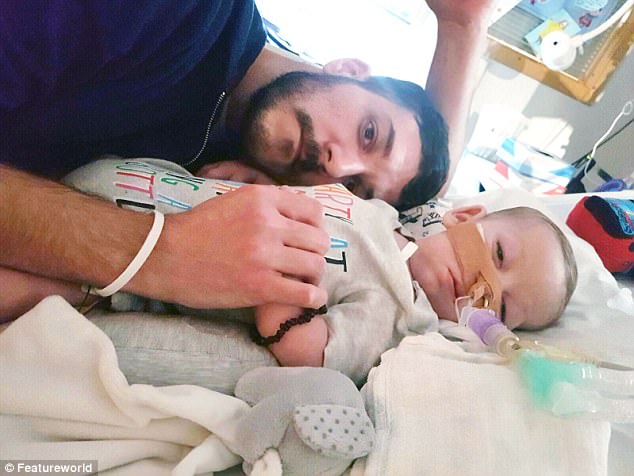 The saga of baby Charlie Gard is a terrible tragedy on many levels. On a physical and emotional level, I cannot begin to empathize with the anguish of his parents in watching their son die. They have obviously cared very deeply for him during the course of his short life. On an institutional level, the tragedy of the situation includes the way in which the healthcare and legal systems attempted to respond to a complex moral situation. While I’m not an attorney or an expert on the all details of this particular scenario, I’ve studied a enough moral philosophy and healthcare ethics to know that this is not a simple case. From a Catholic perspective, one could rightly argue in favor of the primacy of the rights of the parents to determine what is best for their child (see Catechism of the Catholic Church 2196-2233, 2252). Likewise one could very easily argue that further treatment for Charlie would be “burdensome, dangerous, extraordinary, or disproportionate” (CCC 2278). Crux recently published a thoughtful commentary about this dilemma, which includes a summary of the events at the time of its publishing.

This essay is not intended to re-hash the details – which can be found elsewhere – or add yet another voice to the cacophony of opinions about the moral responsibility of the parents, the government, or the the doctors. The focus throughout has justifiably been on the human tragedy, the proper place of government in healthcare, objectivity of medical professionals in prescribing treatment, the morality of allowing a person to die, and the rights of parents to determine what is best of their children, with at least one major British publication running a flawed commentary which explicitly said we must “recognize that children do not belong to their parents.” These are all important topics and angles of the story we should discuss.

Yet, our perspective needs to be adjusted. We must remember that life is sacred because, as the Catechism says, “it involves the creative action of God” and therefore must be defended. But in the analysis of this heart-rending scenario lies a temptation – even amongst Catholics – to focus only on the value and dignity of human life, as if life in-and-of itself is the greatest good to be achieved and that death is the greatest evil. The temptation is – like secular society – to reject death and to avoid it at all costs. Charlie Gard’s short life and tragic death need to remind us of the value of life, but also the value of death.

I have already written about the need for fathers to pray for their children’s deaths, that they might be holy deaths which are a gateway to eternal life with God. From a distinctly Catholic worldview, death is not to be feared as a descent into a void; if it is to be feared it is only because we could die and be eternally separated from God.

To further illustrate this point, let us turn to Cardinal Robert Sarah in his recent discourse “The Power of Silence: Against the Dictatorship of Noise.”

“Nowadays Western societies reject death, traumatized by the pain and grieving that accompany it. Modern man would like to be immortal. This denial of the great passage leads to a culture of death that permeates social relations as a whole. Postmodern civilization denies death, causes it, and paradoxically unceasingly exalts it. The assassination of God allows death to keep prowling all the time, because hope no longer dwells within the horizon of men.” (Silence, 351)

I do not intend to lessen the gravity of the situation with Charlie Guard, or cast doubt on the sincerity of his parents. Any parent – myself included – naturally desires their child, or children, live long, full, and productive lives. As Catholics though, our faith calls us to a deeper appreciation of the meaning of life and purpose of death. “Church teaching about death does not seek first to console or to reassure the bereaved with soothing words,” writes Cardinal Sarah. “Following Christ, she intends to speak about the immortality of the soul and the resurrection of the body.” (Silence, 356)

This tragic saga proves there is ample reason to be concerned about the prospect of euthanasia and the advance of “culture of death.” But the real lesson of Charlie Gard is not of the dangers of creeping socialism or universal healthcare. The more fundamental lesson is about the nature of death, it’s proper place in the path to salvation, and how we might be better prepared for our own death.

Turning to Cardinal Sarah once more, we read:

“Christianity allows mankind to have a simpler, more serene, and more silent view of death, far from the cries and tears of despair.

“Death is a door, and we must agree to go through it noiselessly, because it opens in order to lead us to life. The Grip Reaper brings men back to their heavenly fatherland. This is the hope that remains all our prayers! We must desire to go through this door with serenity and faith.” (Silence, 359-360)

We should not pity Charlie because he lived a short life. Rather, pray for him and his eternal soul. His time on this earth will not be without impact if we let his death be an example to us. May we, too, be able to experience death as “noiselessly” as this poor infant, who has not the use of reason and cannot be tempted to reject God in his final moments.

Pray for his parents. Pray for all those who have been touched directly in this tragedy. And pray for your own death, that you may approach it with “serenity and faith,” for that is the real lesson to glean from Charlie Gard’s death.

Giving Thanks is Trivialized Without Blood and Sacrifice