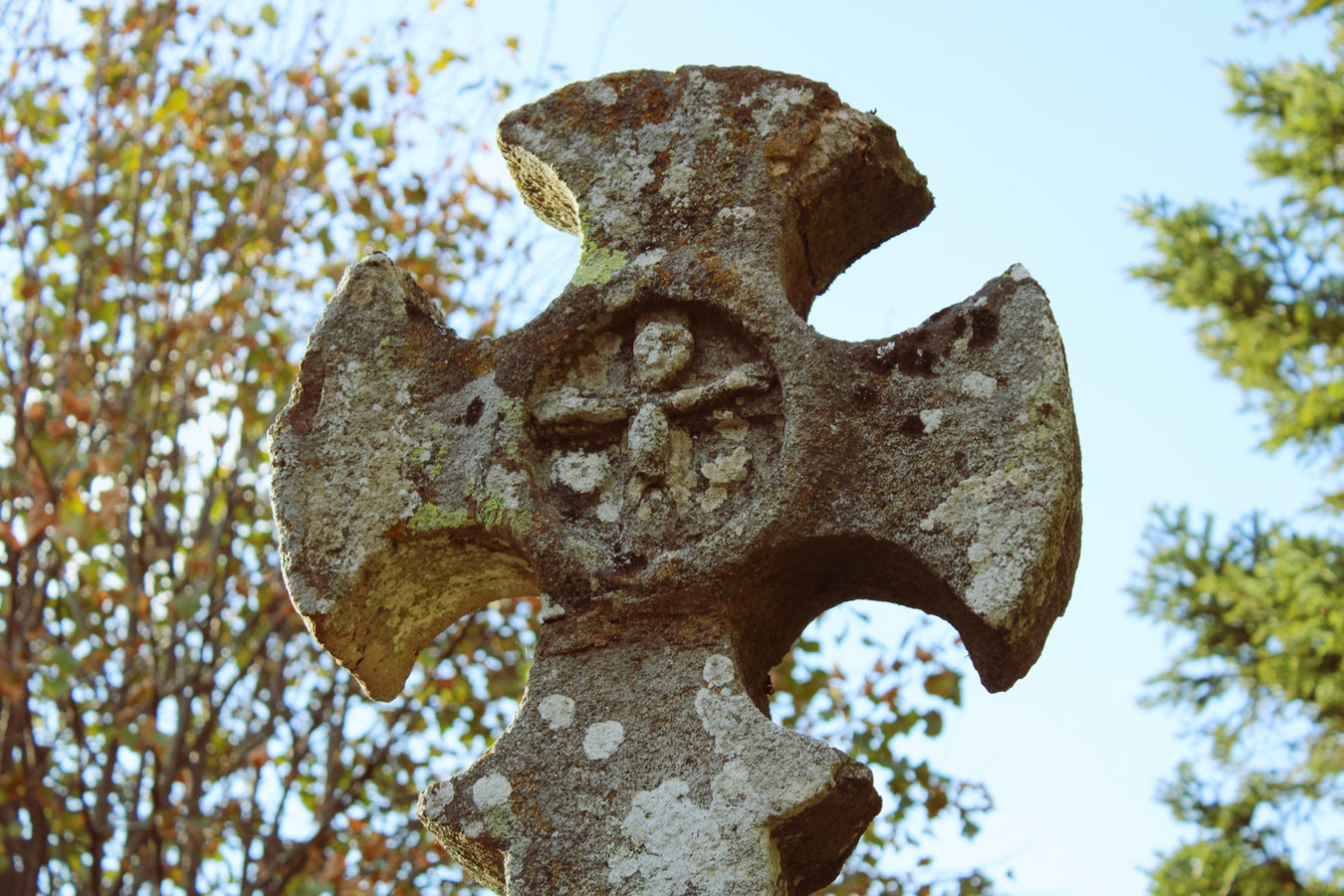 Welcome to 2019 and a wave of “New Year/New Me” posts and articles for how to live your best life now while being the best version of yourself, etcetera.  This isn’t quite that type of article.  I don’t do “health and wealth” advice, not because I find anything wrong with health or wealth but mostly because it’s fleeting.  I don’t want to start 2019 drunk and hungover from broken resolutions either.  I do want to start it with, as the saying goes, clear eyes and a full heart.

What do my eyes see?  Well for starters, a truncated version of the poem by Linda Ellis, “The Dash.”  I saw a post on social media which said, “Your life is made up of two dates and a dash.  Make the most of the dash.”  This seemingly innocuous and concise post made me halt in my mental tracks.  I imagined my tombstone and hoped that my dash looked more like the Cross.  Some might think it morose that this is how I plan to start my New Year, but I think it’s rather Catholic.

As Catholics, we’re commissioned to essentially do three things: Deny ourselves, take up our Crosses, and follow Jesus Christ. (c.f. Matthew 16:24/Luke 9:23)  Everything in addition to these three things are niceties but not necessities.  Don’t get me wrong.  I want my six pack back as much as the next guy, but I can’t imagine standing at the Pearly Gates in front of Saint Peter flexing my abdominal muscles to gain entry into Heaven.  I don’t think that’s quite how it works.  Seeking health because our bodies are the Lord’s temple is one thing, but vanity is another thing altogether.  The point is, the faithful Catholic smiles at death knowing it’s just the beginning.

So what’s my New Year’s Resolution for 2019?  Absolutely nothing.  The first of January won’t serve as any special goal setting date more than any other day of the year.  The only thing I’ll count as special is that it’s the Solemnity of the Blessed Virgin Mary, the Mother of God, and if there’s anything I’ve learned from our Blessed Mother, is that our eyes, like hers must remain fixed on her Son, Our Lord, Jesus Christ.

But seeing is more than believing.  A lot of people will say they believe, but their words will ring empty.  It’s mostly easy to tell by how they “live their dash.”  Hmmmm, “dash”…I thought “dash” was actually quite appropriate.  Maybe the author didn’t think “hyphen” had the same ring to it.  Who knows?  Anyhow, my imagination didn’t stop with thinking about my tombstone.  I started thinking about the several steps I would take before I reached that destination.  The word “dash” made me think of St Paul’s metaphor of fighting the good fight and running the race. (c.f. 2 Timothy 4:7)

In any fight or race, it’s a paradox of feeling like an eternity is passing while also feeling like time is running out.  That’s not all. If you’ve ever been in a fight or a race, you’ll know that having a strong heart is crucial to finishing strong.  Obviously, I’m not primarily talking about the state of someone’s cardiovascular health.  When I say “heart,” I mean to underscore the strength of our resolve.  Here are two simple questions to illustrate my point: 1) How long will it take until you put down your Cross? (Believe me, at some point you will.) 2) How long will it take for you to take it up again? The second question is perhaps the most important of the two.  A Catholic with “heart” will take up their Cross as many times as it takes to make it to the end—until they’re crucified with Christ, Himself.  Why?  Because it’s not only their heart moving them forward but also the Sacred Heart of Jesus.

I never thought that any meme could make me think this deeply for this long, but this one did—“Your life is made up of two dates and a dash.  Make the most of the dash.”  If you really want to make the most of the “dash” and make the “New Year/New Me” a reality, then keep your eyes clear and your hearts full since there’s really only one way: Every moment of everyday until your very last, deny yourself, take up your Cross, and follow Jesus Christ.

Carlos Bersabe is a Catholic “re-vert,” husband, father, and currently serves in the United States Air Force as a Presidential Advisor and Nuclear Weapons Strategists.
He holds a B.A. in Political Science from The Citadel and an M.A. from Holy Apostles, College and Seminary in Catholic Moral Theology.  Carlos hosts his weekly podcast, “Fire Away” through WCAT Radio and enjoys writing articles related to the faith. You can find him on various social media sites as @catholicammo.
When not engaged in overtly faith-filled activities, Carlos and his family enjoy God’s creation through hunting, fishing, camping, and anything outdoors.
memento morinew year
01 10 2019
Back to all articles