Shedding Light on Dark Legends: The Inquisition as a Spiritual Work of Mercy 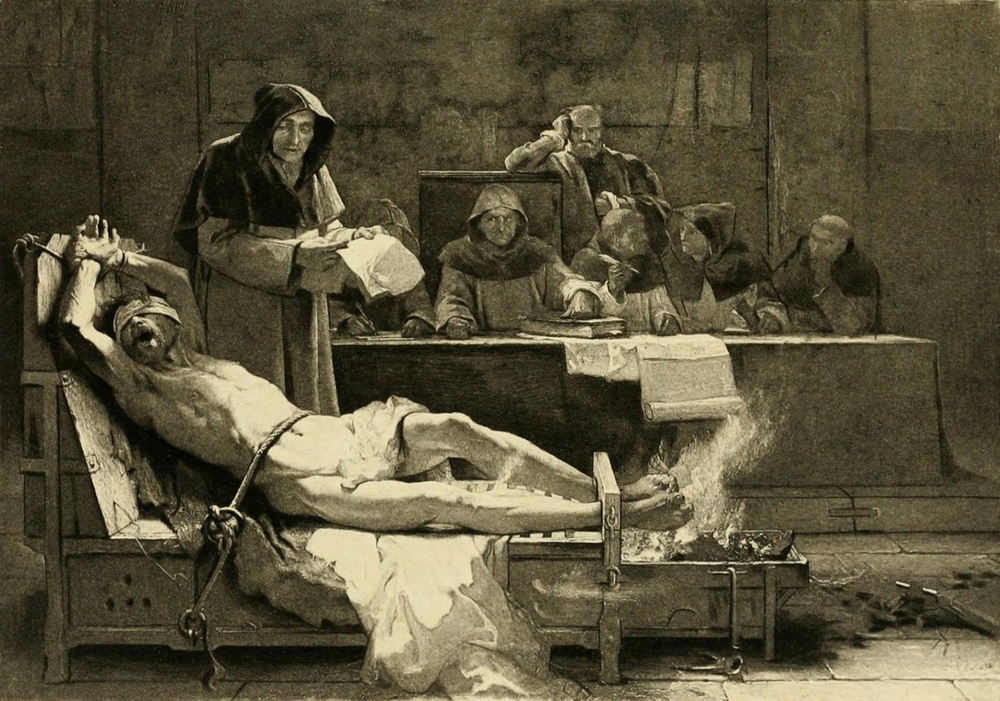 Critics of the Inquisition normally claim the Inquisition was an intolerant, unmerciful organization.  In light of the Extraordinary Jubilee Year of Mercy called by Pope Francis, it might help to address how the Inquisition expressed mercy rather than suppressing it.

We must first recall two essential truths of mercy.  First, mercy is essentially tied to love.  One cannot show mercy without love, and one cannot express love if one despises mercy.  Secondly, mercy is not the same as acquiescing, or giving in to whatever someone else wants.  One who shows mercy does not ignore the wrong someone else has done; rather, the merciful takes what was wrong with his brother and sets it aright.  Correction cannot happen if we pretend there was never a problem.

It may sound shocking (dangerously so), but the Inquisition’s purpose was to spread Christ to those sinners in most desperate need of God’s mercy.  It did this by following the Spiritual Works of Mercy.  In examining the Inquisition in this light, we no longer see an institution of injustice, but rather one overflowing with Christian charity.

I. Instruct the Ignorant

When the Inquisition entered a town, the first thing the inquisitors did was preach the Gospel, the famous tempus gratiae (“time of grace”).  They were there to root out and extinguish heresies.  Since a heresy festers in ignorance, the inquisitors hoped that they might bring heretics back to the Faith by teaching the truths of the Faith to those who might be poorly catechized.  In this regard, they were similar to priests who lead parish missions.  The most successful inquisitions ended soon after this stage, when, like Nineveh for the prophet Jonah, the entire town reaffirmed their belief in God.

Essential to the inquisitor’s mission was counseling.  Like any priests, these traveling spiritual directors helped the faithful determine God’s will in their lives.  Sometimes counsel was more mundane, as in when a simple peasant sought advice for one issue or another.  Sometimes the counsel was drastic, even lifesaving, as when the inquisitor urged a suspected heretic to repent and return to Christ’s love.  The whole purpose of the auto de fe ceremony during the Spanish Inquisition was to offer one last chance, one last bit of advice, to obstinate heretics.  By preaching about the Church’s teaching, usually some aspect of the Faith doubted by the heretics, the inquisitor opened previously closed channels of grace so that the heretics might change their beliefs and, in doing so, transform their lives.

While all priests admonish sinners whenever they hear confessions or preach repentance from the pulpit, the inquisitors admonished sinners on a grander scale.  Heresy is a very public sin. In the Middle Ages, heretics like the Manichaeans often preached against the relationships that sustained medieval society.  It was against this particular heresy that the Medieval Inquisition fought.  The earlier mentioned tempus gratiae served as a warning, an admonishment, to heretics.  Throughout the examination and trial of a suspected heretic, the reality of the sin was ever before the suspect.  The urging of the inquisitor that the heretic, if he was a heretic, confess sooner rather than later to his sin is not one of sadism, but one of love.  Just as a teacher stresses that a student should learn the proper way to complete a lesson, so the inquisitor stressed the necessity of confessing sins.

These two works of mercy are intrinsically linked, since a man who bears wrongs patiently will likewise forgive willingly.  A classic example of an inquisitor who bore wrongs and forgave willingly, like Christ Himself, was St. Peter of Verona, one of the earliest inquisitors.  He bore slanderous accusations at the hands of other Dominicans with patience and trust in Christ.  During his time as inquisitor, he stressed forgiveness for repentant heretics, offering lighter penances than some other inquisitors.  He was a forceful preacher who won for the Church many converts from Manichaeism; because of this, Peter faced great insults and persecutions from leaders in the heretical cults, and would eventually be martyred by assassins hired by the heretics.  Today we often think it the highest attribute of mercy to forgive others; St. Peter of Verona demonstrated that virtue was essential when working with the Inquisition.

There is no way, a critic of the Inquisition might say, that inquisitors comforted the afflicted; they were more likely the cause of the affliction.  However, the Inquisition defended the rights of those accused more fervently than a civil court at the same time, perhaps even more so than courts do today.  The accusation of heresy was a strong one, potentially ruining the reputation of the suspect, and false accusations from townsfolk took up much of the Inquisition’s time.  In order to comfort the accused, the Inquisition rejected any accusations from a suspect’s enemies or from disreputable sources.  Two witnesses were needed, and more often than not court cases were thrown out due to lack of evidence.  The falsely accused knew that justice would come from the Inquisition.

VII. Pray for the Living and the Dead

Prayer infused the life of the inquisitor.  These were, after all, clerics tasked with saving souls and society.  Each step in the inquisitorial process involved some sort of prayer for those involved.  If the Inquisition failed in its task (meaning a heretic was turned over to the secular authorities and then executed), then prayers were offered for the souls of the deceased.  The reason for these prayers?  So that those alive might be united with Christ after death, and that God might have mercy on those who had died.

Throughout every age of the Church, the People of God have sought to bring God’s mercy to a world where true mercy is despised.  The Inquisition, like all works of the Church, answered Christ’s call to “Love one another” in mercy.  The medieval inquisitors understood that mercy is not giving in to those who are unrepentant, that mercy is only effective if it brings the receiver closer to God, the Fount of true mercy.  This year, let us be inspired by the Inquisition to embrace the Spiritual Works of Mercy, becoming Christ to all those in our lives.

Editor’s Note: To see Part I of Mr. Matthew Rose’s series on the Inquisition, see here.

InquisitionmercySpiritual Works of Mercy
05 08 2016
Back to all articles

How to Avoid Rushing Through the Holiday Season