The Legacy of the Westboro Baptist Church 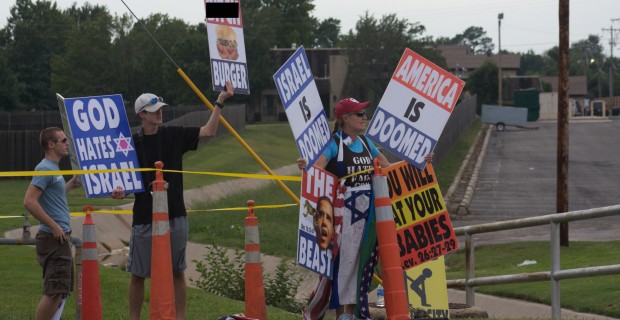 On one side, people were utterly perplexed by how rapidly a country, the United States, could so radically change course and, after years of opposition to homosexual marriage, embrace homosexuality and the homosexual agenda. On the other side, people congratulated themselves on the “Triumph of Democracy”, as one headline declared, and gloated on their recent Supreme Court victory.

What dramatic happening occurred in the last five to ten years that changed everything? Still other questions loomed. How could the Catholic millennial generation simultaneously be both pro-life (and increasingly so) and also advocate for same-sex marriage? Many have grappled with this question, wondering how the same generation could hold one belief embracing Church teaching and the other so opposed.

Actually, in the mind of a millennial, both of these issues can be embraced by way of a single word: fairness. This is not the fairness which is a broader, informal aspect of justice, but more likely reflects its contemporary meaning: “everyone has a right to personal happiness”, and should be “received and accepted as they are”, and they should be “unimpeded by objective restrictions.”

If you recall, politics began to change for the pro-life cause about the same time bumper stickers like “Abortion is Mean” began to appear. Abortion was judged to be unfair to the unborn baby. The “meanness” or “unfairness” to both women and babies was the simple criteria used to condemn the abortion industry. And, actually, that is why the homosexual lobby gained favor so rapidly in polls and in the minds of Americans. The change of attitude was not based on justice, or the common good, or the family. The gay lobby changed the attitude of Americans by convincing people that it was not fair to tell two people that love each other that it was unconstitutional. As a matter of fact, that Americans have accepted the homosexual lifestyle and are ready to welcome a gay couple to Christmas dinner is dubious. The radical change in American attitude toward same-sex marriage is due to an appeal to fairness, and that means someone in America was being unfair to gay men and women.

That acknowledgement goes to, none other than the Westboro Baptist Church. As you recall, not too long ago, adherents to this congregation began protesting the funerals of US soldiers, declaring that they were destined for hell for the sacrifice they had made for a country that “allowed” homosexuality. Truly, these people are trained by their pastor to hate and to condemn those they do not understand. Their website is ignominiously titled “God hates fags”. Their bigotry and their irrational statements are well known throughout America: children holding placards declaring “God hates fags” and “Fags doom nations” and “Fags die and God laughs”. For many years now, images of the congregants protesting have been published everywhere.

After their appearance, the liberal US media had all they needed to transform American thought as they gleefully reported on Christians and their “meanness” and attached the views of the Westboro Baptist Church to Christianity in general. Countless news stories reported their rhetoric and, before long, the average American began to believe Christians truly did believe gays were “fags” and “queers” and were predestined to hell. Likewise, the gay lobby had all the evidence they required to finally prove gay men and women truly are oppressed victims… and they thoroughly enjoyed their new status as victims and used it effectively to their benefit.

Twice, public opinion supporting same-sex marriage surged in the last ten years. An 11 point increase occurred in 2011, the same year the Supreme Court considered a free speech case wherein the Westboro Baptist Church was sued for protesting the funeral of a US soldier. In this celebrated case, the Court ruled that members of the church were protected by the First Amendment of the U.S. Constitution. The Westboro rhetoric was, again, widely reported in the press and Americans were appalled. Another increase occurred between 2012 and 2015, bringing the total Americans who support same-sex marriage to 60 percent of the US population. This increase probably reflects the widespread publicity and opposition garnered against Indiana’s Religious Freedom Restoration Act.

Thus, when Americans began supporting the gay agenda, it was not because they believe the gay agenda, they simply did not want to be accused of being mean, because, of course, it was not fair. This is not to say that this is the single and exclusive cause for the turnaround (the endorsement of Vice President Joe Biden (a Catholic) was another cause), but I would argue that it was certainly the catalyst.
As a matter of fact, in a number of personal conversations with homosexual people, I find them to be utterly and completely stunned by the reassurance that Christians do not condemn homosexuals simply for having a same-sex orientation. They presume all Christians, even Catholics, hate gay people and use the Bible to judge and condemn them. Ironically, if the gay lobby is not careful – suing bakeries and photographers for declining their wedding business – they may very well make the same reckless mistake the Westboro Baptist Church has made. Closing a mom and pop bakery for self-serving ideology is anything but fair.

There Ain’t No Rest for the Idealist