The Ascent of Assent 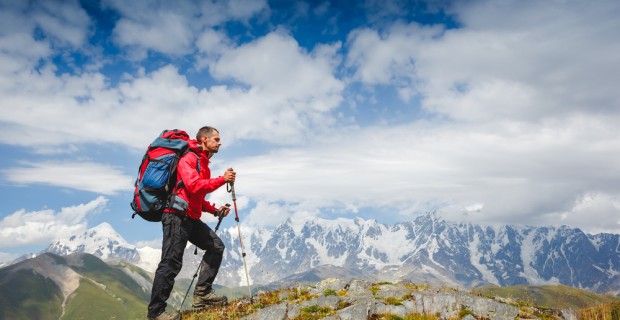 Dostoevsky wrote that “to achieve perfection, one must first begin by not understanding many things” (The Idiot, p. 553). Indeed the one who strives for perfection in holiness learns rather quickly that it is a process of continual “unlearning.” By this, we do not mean an irrationalism, but of a process by which one’s conceptions are transcended, elevated and refashioned according to mystery. For this reason, the playwright Aeschylus speaks of man’s need to “suffer into truth,” to undergo the painful process of relearning that which was already known. What follows is an attempt to relearn the nature of ascent, according to the notion of assent.

No One Has Ascended

The language of religion is the language of ascent. For this reason, every culture in every epoch has identified mountains with the spiritual life. The inherent religious sense in the heart of man seeks to draw him upwards, in a movement of transcendence, a movement of ascent. All religiosity in some form engages these questions with the descriptor of ascension. It is only the egoism of modernity that has begun to sever the experience of ascent with the spiritual engagement of reality. Nietzsche, with his usual candor and spite, describes modern man as a tourist in the ascent of life. “Tourists – they climb mountains like animals, stupid and sweating; one has forgotten to tell them that there are beautiful views on the way up” (Aphorisms, n. 202). When man loses the true spiritual purpose of ascent, he becomes a consumer-tourist, one fated to a life of existential boredom and purposelessness.

The language of ascent is at the heart of the Christian faith. Adrienne Von Speyr, in meditating on the Gospel of St. John, writes: “There is no better way of clarifying his [Christ’s] relationship to the Father, then by the image of ascent.” Thus the Christian identifies ascent as not only meaningful, but as the central image for clarifying the Son’s relationship with the Father, and thus the revealed Trinitarian life. If what Von Speyr says is true, then the experience of physical ascent of mountains becomes an experience that can teach and clarify the Trinitarian relations. It certainly was this that Blessed Pier Giorgio Frassati was seeking to express:

These alpine climbs have a strange magic in them so that no matter how many times they are repeated and however alike they are, they are never boring, in the same way as the experience of spring is never boring but fills our spirit with gladness and delight. (From Man of the Beatitudes, pg. 133).

For the pure of heart like Frassati, this “strange magic” is latent in the act of physical ascent, a wellspring to be tapped and nourish the soul for the spiritual work of ascent.

Though the image of ascent is foundational in expressing the Son’s relation to the Father, and that the experience of physical ascent in some way communicates this reality, there is more to be considered. In the 6th century, a Syrian monk named Dionysius the Areopagite first expressed the exitus/reditus framework of salvation history. Schooled in Athens by the Plotinus, the Neo-Platonic foundation of Dionysius was baptized and has been the most important theological articulation of God’s revelation for the last 15 centuries. Beginning in God, infinitely perfect and blessed in himself, there is an exitus, a process beginning with creation and culminating in the Incarnation of Christ. At the intersection of the Cross, the upward movement of reditus, as it returns back to the Trinitarian life. Exitus and reditus can be translated and understood as descent and ascent. In this, we discover the radical recasting of the religiosity of man – that ascent can only be understood first in relation to descent. This paradoxical inversion is the source of the transformation of the Christian conception of ascent. We no longer simply climb the mountain. We must consider that “no one has ascended into heaven but he who descended” (Jn 3:13).

Ascent must now be considered in light of descent. The Christian, in professing the descent of the Trinity in Christ, becomes captivated by the uniqueness of his ascent. Even more astonishing, man is now offered a participation in this extraordinary ascent. And it is here where mediocrity often begins. When man is proposed that all his desires to ascend will be fulfilled by entering into Christ’s ascent, his heart fails. For this requires the death of freedom, the renunciation of climbing according to my desires. Every ascent technique – from Eastern yogic practice to Western philosophical systems – must be considered in light of the Christ-ascent. It is precisely at this point, where most who ascend stop climbing and seek comfort of the world. It is good to remember that the word “mediocre” comes from two Greek words meaning “halfway up the peak.” Private ascent ceases at the moment the Christ-ascent is revealed.

How does one enter into the Christ-ascent? It is through assent. Though the word is close in the English to ascent, their roots are entirely different. Ascent comes from the Latin word ascendere – ad (to) + scandere (to climb). Assent comes from the latin word assentare – ad (to/with) + sentire (to feel). Ascent is the climb, assent is the agreement. The former is primarily a physical movement of the body, the later an affective movement of the heart. They do not contradict because they operate in different spheres of the human experience. It is possible to live a life of ascent and assent; and the proposal of the faith is that in Christ they find their perfect unity.

At the heart of the Christ-ascent is assent – the perfect agreement to do the will of the Father. What he radiates is that the inner modality of his climb, distilling it for us in the word assent (which is also known as surrender, abandonment, disponsibility, etc.). This assent is itself communicated as grace, preeminently to Mary, whose own assent unites all of creation to her Son as he begins his climb back to the Father.

“Assent, in its essence, is grace; a grace which, like every grace, comes from God, takes effect in man and his mission and has the possibility of being sent back autonomously, as a formed answer incorporated within the all-embracing mission of the Son, who through the assent of man, then has the possibility of coming into the world of man.” (Von Speyr, Handmaid of the Lord, 11)

The grace of assent is the grace of death. The further one climbs by way of assent, the more one loses control and is rendered powerless. To climb by assent means deepening the renunciation of one’s will and the surrender of one’s desires. But as we see in Mary, the moment of death-assent is itself life-ascent. One awakens to a transformation, to having climbed in closer proximity to heaven, with a deepened intimacy with God. One has become a formed answer – an existence so fashioned by the Word that it gives a response to it according to the language of divine intimacy.

The only true ascent, the one with the summit of the Trinity, has been climbed by the Christ. It was the ascent of assent. But fortunately for us, he does not like to climb alone.

Adrienne Von SpeyrassentDostoevskyFrassatiNietzscheTrinity
09 26 2016
Back to all articles

Advent: A Time of Preparation and Penance