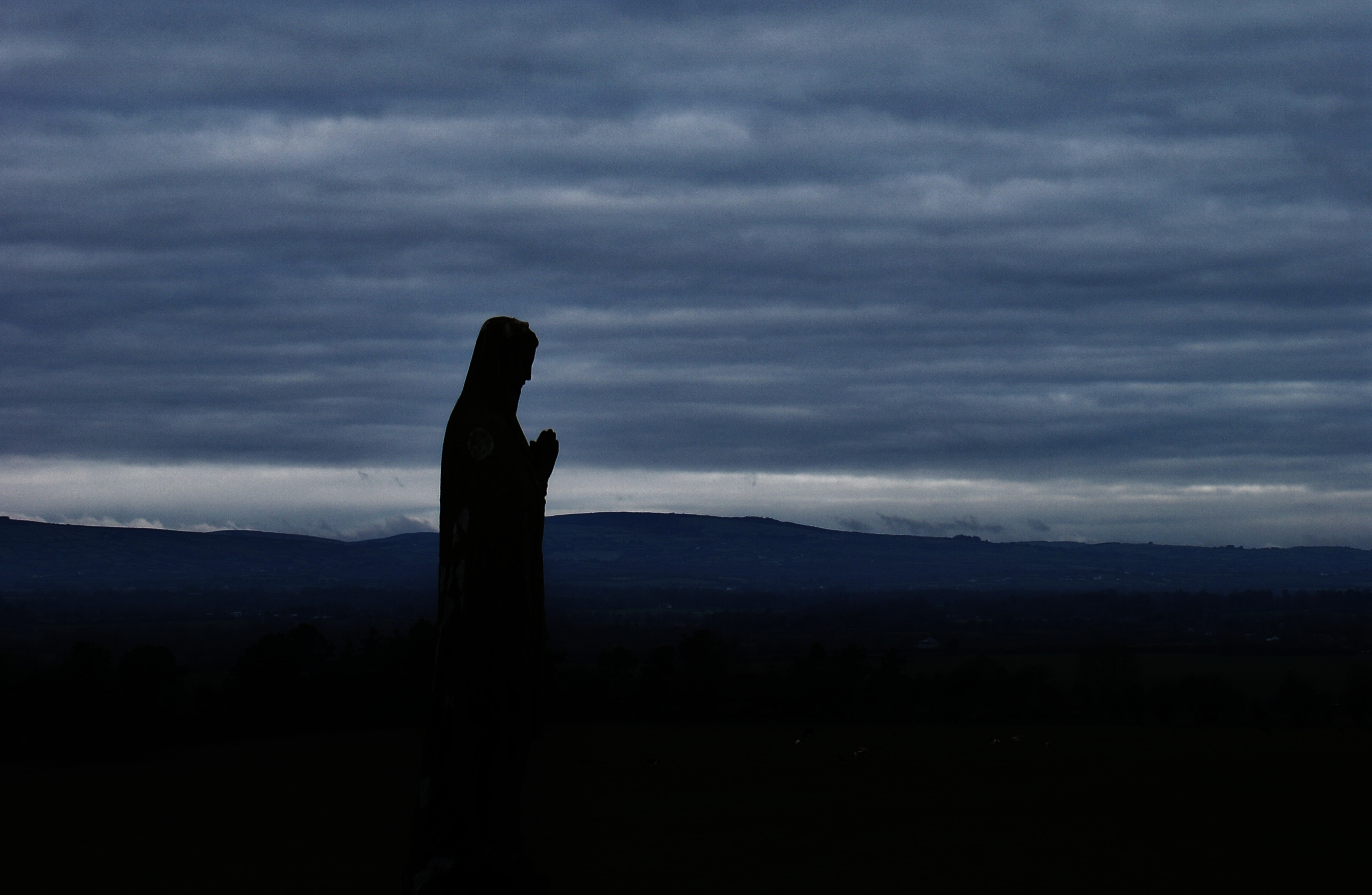 Easter, Christmas, then the Annunciation?

Although it’s not a holy day of obligation, the Annunciation is one of the central solemnities of the liturgical year. There are two main reasons why.

First, the Incarnation is absolutely central to our faith and salvation. Even though we celebrate Christmas with great solemnity to mark Jesus’ birth into the world, the Annunciation celebrates the moment of the Incarnation. When you visit Nazareth, a sign says it all: Hic Verbum Caro Factus Est – Here the Word became flesh.

The entire history of the world hinges on that moment and all the events of our Lord’s life flow from it. Christopher Dawson explains how history must be interpreted in light of the Incarnation:

For the Christian doctrine of the Incarnation is not simply a theophany a revelation of God to Man; it is a new creation the introduction of a new spiritual principle which gradually leavens and transforms human nature into something new. The history of the human race hinges on this unique divine event which gives meaning to the whole historical process (“The Christian View of History”).

The Creator entered His Creation. The eternal one embraced time. The infinite became finite, or as Hopkins put it, “infinity dwindled to infancy.” Man is no longer lost and alone in a dark world, for the true light has shone upon it to enlighten it.

The Incarnation itself is salvific, though the Paschal Mystery culminates the saving action of Christ. The Incarnation is the bridge between God and man. Man was far from God, but now Christ unites humanity to the Godhead. Aquinas explains that the hypostatic union (the divine and human natures of Christ united in His divine personhood) makes Christ the mediator: “We may consider two things in a mediator: first, that he is a mean [in the middle]; secondly, that he unites others. Now it is of the nature of a mean to be distant from each extreme: while it unites by communicating to one that which belongs to the other.”

The mediation of the Incarnation consists essentially in the famous phrase of St. Athanasius: “God became man so that man might become God.” This incomprehensible reality opened to us at the moment of the Annunciation.

Secondly, the Annunciation is such an important feast because Mary’s fiat is the definitive response of obedience to God, reversing the rejection of God in the Garden: “Let it be done to me according to Your Will.” Pope Benedict explains the significance of this moment in Jesus of Nazareth, volume 3:

In one of his Advent homilies, Bernard of Clairvaux offers a stirring presentation of the drama of this moment. After the error of our first parents, the whole world was shrouded in darkness, under the domain of death. Now God seeks to enter the world anew. He knocks at Mary’s door. He needs human freedom. The only way he can redeem man, who was created free, is by means of a free “yes” to his will. In creating freedom, he made himself in a certain sense dependent upon man. His power is tied the unenforceable “yes” of a human being. So Bernard portrays heaven and earth as it were holding its breath at this moment of the question addressed to Mary. Will she say yes? She hesitates…will her humility hold her back? Just this once–Bernard tells her–do not be humble but daring! Give us your “yes!” . . . It is the moment of free, humble yet magnanimous obedience in which the loftiest choice of human freedom is made (36).

Not only does God become man at the Annunciation, but Mary, the new Eve, makes a definitive act of cooperation that enables the Incarnation to occur. At this moment, she becomes our Mother, which will culminate, just like the mediation of Christ, in the Paschal Mystery. Some of the Church Fathers made the crucial connection between the Annunciation and Good Friday by ascribing the date of March 25th to both events. In this sense, the fact that the Annunciation falls during Lent should help prepare us for the events of Holy Week.

But Mary’s fiat did not end at the Annunciation. It echoes through time and its memoria becomes definitive for our life as well. We follow Mary in her yes, enabling Christ to be born in our lives as well. (This is important to remember as we meditate on the first joyful mystery.) Pope Benedict draws this point out as well:

Mary becomes a mother through her “yes.” The Church Fathers sometimes expressed this by saying that Mary conceived through her ear–that is to say: through her hearing. Through her obedience, the Word entered into her and became fruitful in her. In this connection, the Fathers developed the idea of God’s birth in us through faith and baptism, in which the Logos comes to make us ever anew, making us God’s children (ibid., 37).