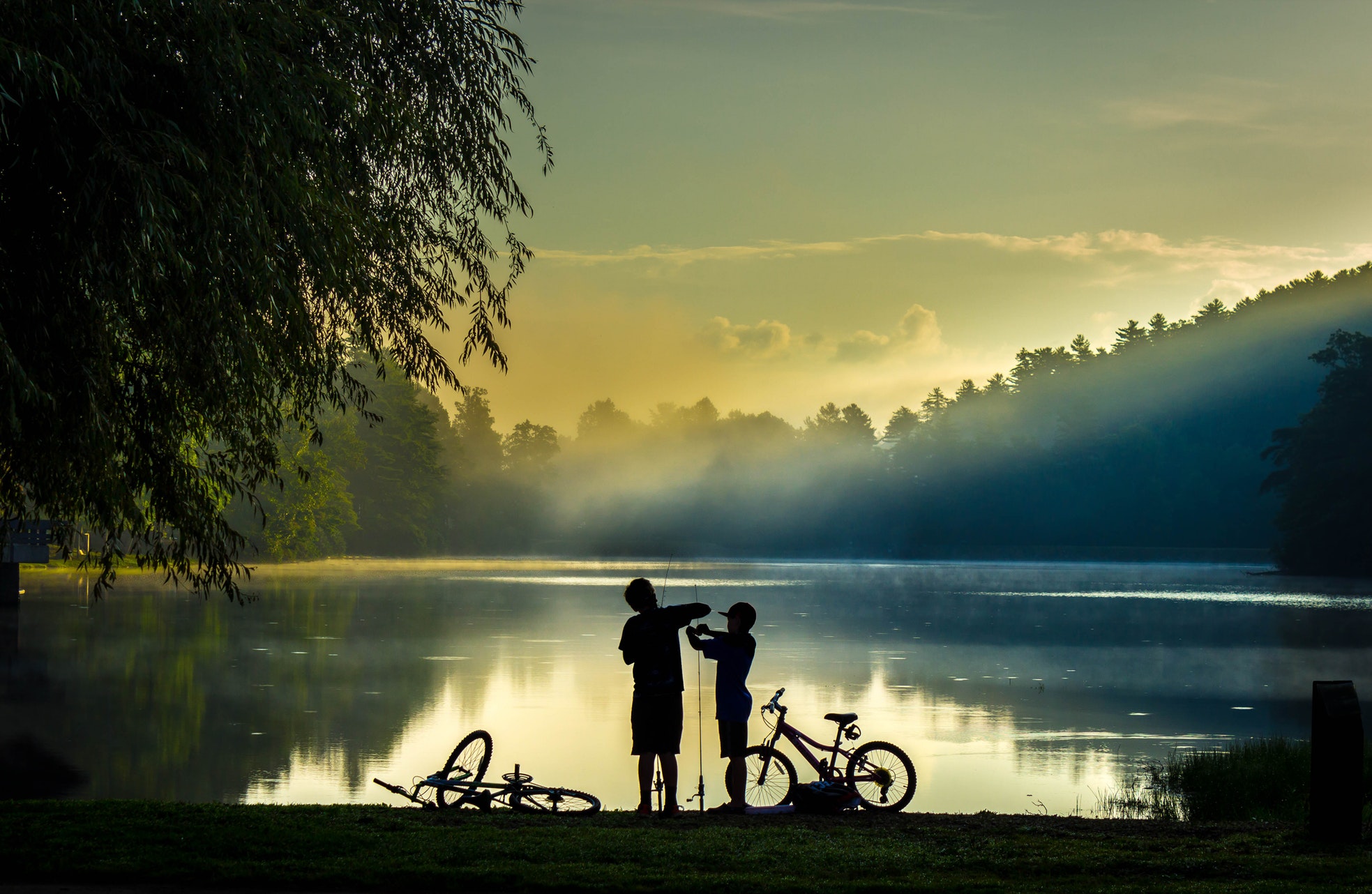 Patrick was ten years old at the time. Since he is two years and two days older than me, I was eight on that sunny July 1952 afternoon in our little hometown of Lawler, Iowa.

He was fishing off the roof of our back porch on the east side of the house with a cane pole and bare hook, as was his habit. No night crawler was necessary since the nearest body of water was at least three miles from our home. Brother Pat was ‘pretend fishing’ by trying to grab the clothesline near the southeast corner of our house. Whenever successful in the venture, he shouted to the world, “I got one!”

Luck was on his side as he felt a tug on the line which he had blindly tossed out over the edge of the porch roof. He gave a powerful yank on the fishing line giving out an extra exuberant yelp, “I got one! I got one! I got a really big one!”

Unfortunately for me, my luck was not as good as Pat’s. I had just stepped down from the porch when I felt a sharp pain in my left ear, and my head inexplicably began to rise.

In a split second, a fish hook was deeply imbedded in my outer ear. Patrick had not caught the clothesline. Patrick had snagged little brother Billy, and tried to haul his 89-pound trophy in until he heard me screaming.

Now we had a serious problem. Our widowed mom was in Waucoma about seven miles away running the family locker business. The nearest doctors were in New Hampton or Fredericksburg, each approximately eight miles away. Even had there been a car at home, no one around was old enough to drive it.

Fisherman Patrick suddenly morphed into First Responder Patrick and came up with the only solution we could think of, “Let’s go see John Costigan!”

To this day I have no idea how he knew to do that. But it was the perfect answer. John had been in WWII and had some training as a medic. We ran the three blocks to his business on the west end of downtown. Pat was terrified and I was crying as blood streamed out of my ear, where the hook remained buried.

Thank God, John was not concerned about practicing medicine without a license. He calmly took a jackknife out of his pocket and proceeded to extricate the hook from my ear. After wiping the blood off my cheek, he sent both of us home with a recommendation that Pat try his luck next time at Crane Creek rather than in our land-locked back yard.

As I write this, it’s been 67 years since Pat tried to pull in that prize fish with his non-baited cane pole.

And it’s also been 67 years since I’ve gotten within a hundred yards of him whenever I see a pole in his hands. I have no desire to be mounted on the wall of his home office.

Now at age 77, Pat, who loves the Catholic Church and the Lord as much as I do, has come up with a fresh excuse for his bad behavior. With a big grin he recently tried to explain why it happened, “You know your bible as well as I do, Willie. Jesus explained to his apostles that they were to become fishers of men! I was just trying to get started at a young age.”

Maybe the Lord has already forgiven him. It’s gonna take me a few more years to do the same.