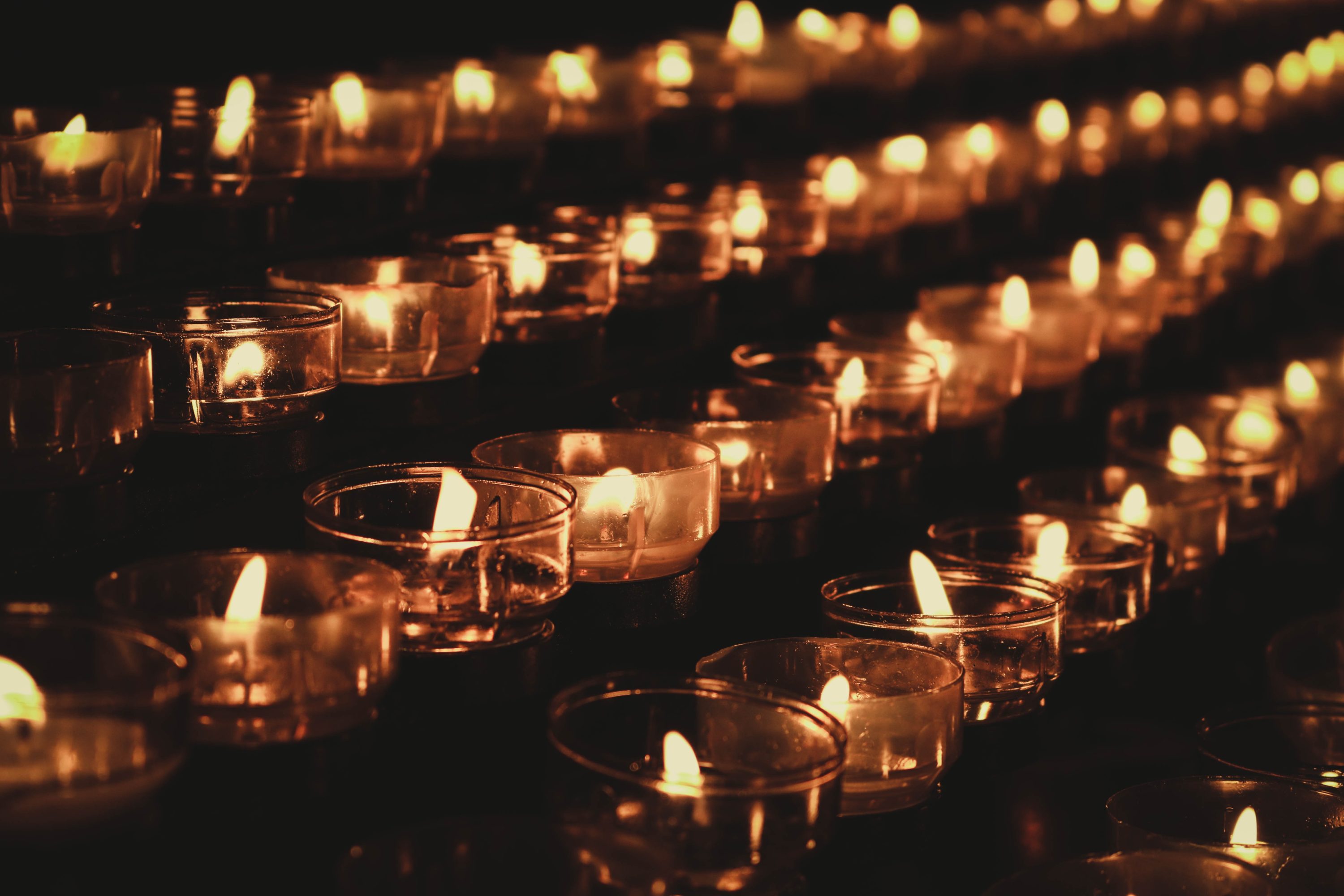 This post will be very different, because I’d like to ask for your help. Last year I felt inspired to begin composing a short scriptural prayer to St. Joseph, similar to the Hail Mary, which is principally composed from direct scripture quotes. I’m unveiling the first draft here in this post and I’m wondering if you would be willing to pray it and give me your feedback. I think it would be a great way to meditate on Joseph’s role during Advent, Christmas, and Epiphany, and ask for his intercession.

Here is my proposed prayer:

Joseph, Son of David, you are the just man the Lord placed over His house. You did what the angel commanded and so we go to you in time of need.  O foster father of Jesus, pray to your Son for us.

Joseph, Son of David – Joseph descends from the line of David and he passes this line on to his foster Son, Jesus.

You are the just man – Justice marks Joseph as he fulfills his duties to God and others, as an obedient man of God.

The Lord placed over His house –Joseph had authority over the Christ child and His home. He also has been placed over the household of the Church as her universal patron.

You did what the angel commanded – Joseph never speaks in the Gospels, but we see his action of obedience to the voice of the angel on three occasions (taking Mary as his wife, fleeing to Egypt, and returning home).

And so we go to you in time of need – Just as Joseph provided relief in famine in the Old Testament by serving Pharaoh, Joseph provides for our needs with the true King as the steward of His house.

Foster father of Jesus – Joseph gives the name Jesus to his foster son and exercises a true and legal fatherhood over Him.

Pray to your Son for us – Due to this fatherhood, Joseph intercedes powerfully to his Son on behalf of the Church.

There are three main sources for the prayer. First, the allegorical foundation for Joseph’s role in the new Testament, can be found in Genesis 41:

There are many connections between the two Josephs. Both were just men, who went to Egypt, received dreams, and were put in authority over the house of a king.

Matthew’s Gospel uses the Joseph story in two ways. First, in Matthew 24, Jesus refers back to the Joseph story in the parable of the faithful servant: “Who then is the faithful and wise servant, whom his master has set over his household, to give them their food at the proper time?” (v. 45). The connection to the Joseph story in the Old Testament is clear, using the language of being placed over the house and giving food. The Church connects this passage to the second Joseph, using it in the preface of St. Joseph: “For this just man was given by you as spouse to the Virgin Mother of God and set as a wise and faithful servant in charge of your household to watch like a father over your Only Begotten Son…”

The main source for the prayer is from Matthew 1:

Now the birth of Jesus Christ took place in this way. When his mother Mary had been betrothed to Joseph, before they came together she was found to be with child of the Holy Spirit; and her husband Joseph, being a just man and unwilling to put her to shame, resolved to send her away quietly. But as he considered this, behold, an angel of the Lord appeared to him in a dream, saying, “Joseph, son of David, do not fear to take Mary your wife, for that which is conceived in her is of the Holy Spirit; she will bear a son, and you shall call his name Jesus, for he will save his people from their sins.” All this took place to fulfil what the Lord had spoken by the prophet: “Behold, a virgin shall conceive and bear a son and his name shall be called Emman′u-el” (which means, God with us). When Joseph woke from sleep, he did as the angel of the Lord commanded him; he took his wife, but knew her not until she had borne a son; and he called his name Jesus (vv. 18-25).

This passage teaches us much about Joseph: a just man, son of God, exercising authority over the child by naming Him, and obedience to God’s commands.

The prayer brings up one important consideration: Can we speak of Joseph as Jesus’ father? Jesus Himself seems to point us toward His Heavenly Father, diminishing the role of Joseph: “And when they saw him they were astonished; and his mother said to him, ‘Son, why have you treated us so? Behold, your father and I have been looking for you anxiously.’ And he said to them, ‘How is it that you sought me? Did you not know that I must be in my Father’s house?’” (Luke 2:48-49). Earlier in verse 33, though, Luke refers to Joseph as Jesus’ father: “And his father and his mother marveled at what was said about him.” In John 6:42, the Jews, in confusion ask: “Is this not Jesus, the son of Joseph, whose father and mother we know?” Once again, this could be seen as a slight as they cannot recognize Jesus’ Heavenly Father, but it also means that Jesus was known as the son of Joseph publicly (see also Luke 4:22, Matthew 13:25).

John also refers to Jesus more positively as the son of Joseph, when Philip relates to Nathaniel that he has found the prophet referred to by Moses, “Jesus of Nazareth, the son of Joseph” (1:45). The Messiah is the son of Joseph, just as He is the son of David. We must hold God the Father as the true and ultimate Father of Jesus, but also recognize that Jesus was obedient to his foster father and accepted him as His guardian. Joseph was Jesus’ adopted father (or altor in Latin), which was sufficient to establish Jesus’ ancestry in the Davidic line (just as Caesar Augustus ascended the throne after being adopted by his uncle, Julius Caesar). Joseph’s true, if secondary, fatherhood plays a crucial role in the lineage of Jesus as the Messiah (even if Mary also descended from the Davidic line).

If you memorize this new prayer to St. Joseph and pray it, please give me feedback in the comments. I hope the prayer helps you to relate to St. Joseph better and seek his intercession more frequently. Let’s go to Joseph in this Advent season for all that we need.

Why I Trust Working Fathers (And Why Bureaucrats Become Tyrants)