Suffering as a Path of Love 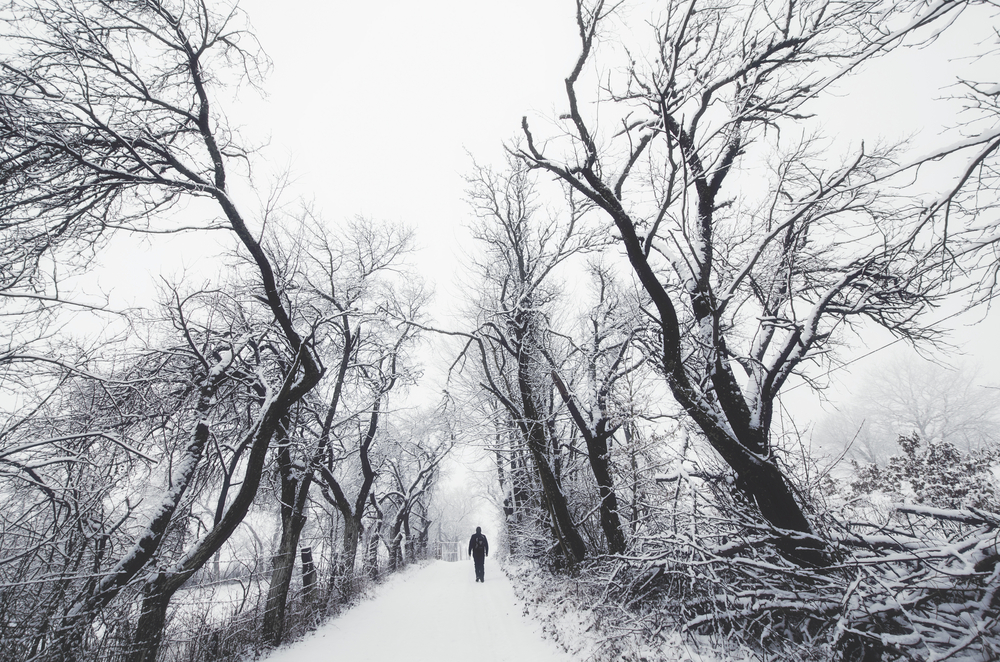 Lent begins early this year. We traditionally continue to celebrate Christmas by singing hymns in honor of the Nativity until the Feast of the Presentation (Purification of Mary) on February 2nd. Ash Wednesday follows a week and a day later. It makes me reflect on this short period of Ordinary Time in between our Lord’s Baptism and Lent. Is it liturgical no man’s land or is there a progression from one season to the next?

Although we can look at Christmas as a tame celebration of the gentle babe lying in a manger, Bishop Barron notes in his Catholicism series that the newborn Christ comes into his own creation as a warrior—although the great battle occurs later on the Cross. St. Robert Southwell’s poem, “The Burning Babe,” reflects on the reality of Christ’s love coming into an indifferent world, shedding tears with a heart on fire for indifferent sinners:

“Alas!” quoth He, “but newly born
In fiery heats I fry,
Yet none approach to warm their hearts
Or feel my fire but I!”

Jesus comes into the world to set it on fire with this same love. In other words, he comes into the world to suffer, as he draws all sinners into his open side. When we look at the Octave of Christmas itself, we see that we are already being prepared to contemplate the relationship of the Incarnation to the Crucifixion by the reality of martyrdom. We celebrate the first martyr, St. Stephen, the Holy Innocents, and the martyr-bishop, St. Thomas Becket.

These saints show us not only that Christ was born to suffer, but also the Christian vocation to follow the path of Christ in suffering. This should make us pause. Does God want us to suffer? Many people think the opposite and expect their faith to free them difficult challenges. Then they think that God has abandoned them when they suffer and become bitter or even stop practicing the faith. Suffering remains an obstacle to belief in God for many.

Think of one of the great figures of history, the Buddha, whose central teaching concerns suffering. Summarizing his teaching, he said: “I have taught one thing and one thing only, dukkha and the cessation of dukkha” (Alagadduupama Sutta). Dukkha generally is translated as suffering (though it also has a broader meaning relating to the frustration of life based on anxieties and unfulfilled desires). Buddha’s Four Noble Truths summarize his teaching on suffering: life is suffering and the liberation from suffering comes from breaking out of the cycle of birth, death, and rebirth. It comes to down to the need to be freed from life to end suffering.

How different we find the message of the Incarnation. God has come into the world to affirm his creation. Although he liberates us from sin and from our attachments to this world, the way that he does so is by teaching us to embrace our existence out of love. Suffering is not something to be avoided as an evil (only the spiritual suffering of sin must be absolutely avoided), but embraced as a path of love. The Crucifixion is not an escape from the world of suffering, but an affirmation of the dignity of the world, which culminates in the restoring of life in the Resurrection, not its extinguishing.

Jesus lays down this same path for us: “If any want to become my followers, let them deny themselves and take up their cross daily and follow me” (Luke 9:23). In following Christ, we are not called simply to be like Him, but to be Him. We do not simply imitate Him, but are united with Him in one Spirit and one Body. The Catechism teaches us that “we can adore the Father because he has caused us to be reborn to his life by adopting us as his children in his only Son: by Baptism, he incorporates us into the Body of his Christ; through the anointing of his Spirit who flows from the head to the members, he makes us other ‘Christs’” (2782).

We can get used to thinking of the Church as the Body of Christ, but it should startle us. We do not simply follow Jesus, but are initiated into one corporate Person in Him. We are not simply individuals collected into a group or association. We are Christ. This is why Paul says, “I have been crucified with Christ; and it is no longer I who live, but it is Christ who lives in me.” (Gal 2:19). To be a Christian is to live as Christ in the world.

The great spiritual writer, Bl. Columba Marmion emphasized that the spiritual life consists essentially in living out our adoption as a son in the Son. He lays the foundation for this in his monumental work, Christ the Life of the Soul. He applies it, however, in a work collecting his letters of spiritual direction, one of Mother Teresa’s favorite books, Union with God. Here is a passage from one of the letters:

Indeed, my daughter, the inner life becomes very simple from the moment we understand that it consists entirely in losing oneself in Jesus Christ, making only one heart, one soul, one will with His own. This is not done once and for all, “one buries oneself more and more in this holy will” as Saint Chantal so truly said (33).

This brings us back to thinking about how we should live as Christ in the world. Christ offered His Body for the Church. This Body is a gift, an oblation for the world. Jesus offered it once on the Cross and continues to offer it through us. If we are sons in the Son, others Christs, and members of His Body, then we have His same mission. We are called to suffer with Him to sanctify the world.

As men we have a particular way to imitate the self-sacrificing love of Christ: “Husbands, love your wives, just as Christ loved the church and gave himself up for her” (Eph 5:25). Christ is the head of the Church and the father is the head of the domestic church. Rather than being puffed up by this role, it is a call to sacrifice one’s desires, earthly and bodily goods, time, and energy for the good of the family. It also means making the sacrifice of prayer and penance on behalf of one’s family, exercising a priestly role of leadership.

In the midst of our many challenges and difficulties, we can be tempted to give up or check out by giving into distractions. We can become consumed by anxiety and give in to seeing our lives and family obligations as burdens. Following Christ in the world should help us to see our daily suffering as a path of love, by which we make a gift of ourselves – body, mind, and soul. To live as Christ is a call not to seek self-gratification and relief from all suffering, but to turn our challenges into opportunities to give of ourselves for a greater good.