“Striking the Balance” Between Truth and Love 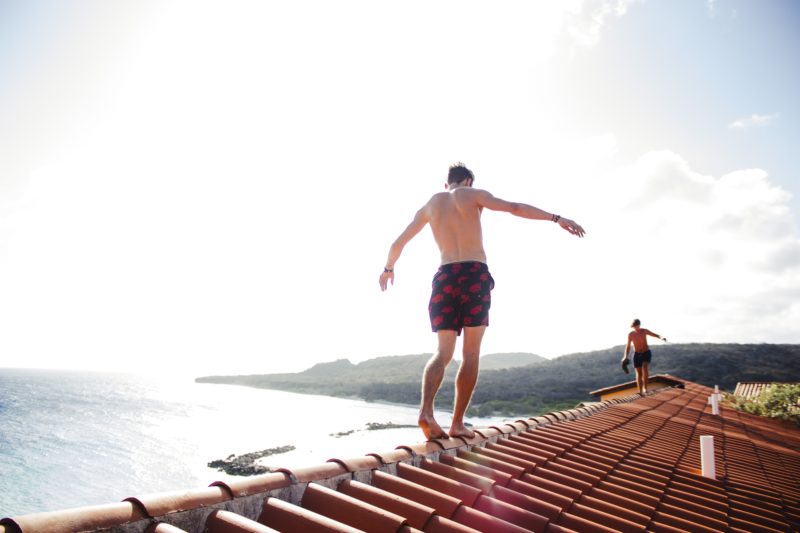 People say you should never talk about religion in the workplace.  I failed on this front last week, but I’m glad I did.  The conversation between me, a coworker and my boss—though uncomfortable at times—was fruitful.  It’s difficult to admit, but the temptation for me in such conversations is to either recoil in fear, to act from a posture of defensiveness, or to be very careful not to say anything that could be perceived as offensive, or “too religious.”

To cut to the chase, though, what I learned from our conversation is this: to divorce truth from love, or love from truth, is to do a disservice to persons and falsely represent Jesus Christ.

How did I learn this? Oddly enough, it was because of something that my (seemingly atheist or agnostic) coworker said.  He told me about a conversation between him and a believer (I’m using the term generically; I don’t know if he was a Christian).  It went something like this: the believer told my coworker that the burden of proof did not fall on himself to prove that what he was saying—presumably about the existence of God or the validity of his religious beliefs—was true.  Rather, the believer said, the burden of proof fell on my coworker to prove that what he (the believer) was saying was not true.

My coworker’s response to his believing interlocutor: “No. Youhave to prove that what you’re saying is true, by letting it be borne out in your life.”

The response that I gave to my coworker need not be recounted in full here; it can be summed up in a resounding “Amen!”  Now, this is not to say that my coworker (or anyone for that matter) does not have a responsibility to the Truth, and for making sure that his beliefs conform to it. But it isto say that the Christian’s first and highest duty in any and every situation is to love. Argue away! Discover, form and fine-tune the most rationally air-tight arguments you can in defense of our faith! But present them without love, and you have become only “a resounding gong or a clashing symbol” (1 Cor. 13:1). Mere noiseof that kind does not communicate to persons the beautifully orchestrated symphony that is the truth of the Gospel of Jesus Christ.

That said, it goes the other way as well.  While, on the one hand, we must never divorce truth from love, we also must never divorce love from truth.  That is, we must never compromise or withhold truth[1]because of our misguided notions of love—e.g., not wanting everto offend someone or hurt his or her feelings.  I’ve known several drug addicts in my life, and I would say that the addict is a nearly perfect case in point for showing this to be true.  The ones who have recovered have a “love for tough love”—because in many ways, it is what saved them from, quite literally, death.  They know that soft love—that is, love devoid of truth—could have never done that.  It could have only everhastenedtheir journey to the grave.

This, then, is the “balance” that we Christians must strike: to be truthful but always loving and loving but always truthful.  It’s not easy, but it’s worth it, because oftentimes people’s very lives (physical, spiritual or both) are at stake.

[1] To be sure, there are circumstances in which to withhold truth can be loving.

balanceChristlovetruth
05 29 2018
Back to all articles

Catholicism Has Always Been a Liberator of Women