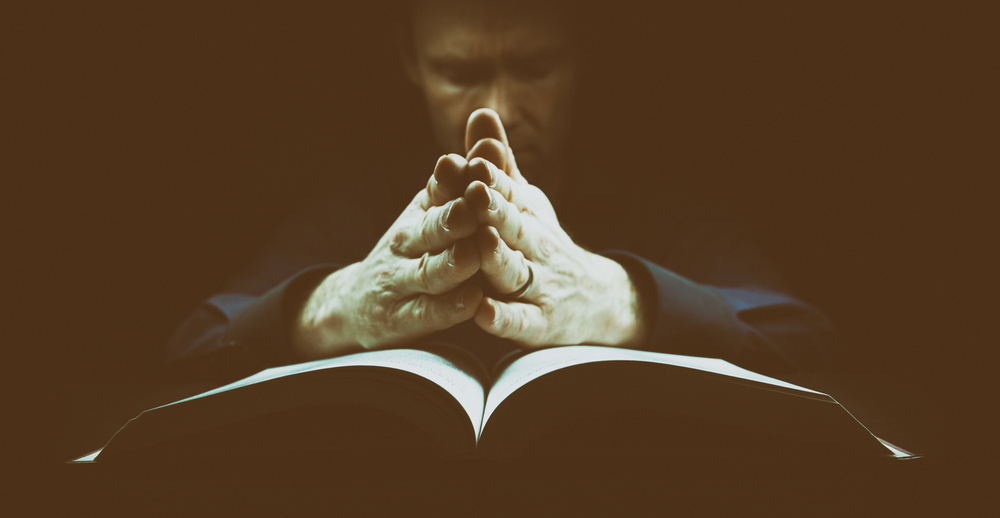 I had to speak with Tom about his passion for spiritual warfare. His zeal was unquestioned, and his desire to fight the good fight was admirable. He had his warrior’s rosary, his prayer book, his holy water and his scapulas all in place. He was ready to take up his weapons and fight against the world, the flesh, and the devil with all his might.

I had another worry. Tom’s passion to pray against the world, the flesh, and the devil had a sub current of anger. Was it possible that Tom was projecting some of the turbulent lusts, frustrations, and rage within himself outward onto other perceived evil people, evil politicians, and even members of other religions and racial groups? Wrestling with the devil is like wrestling with an octopus in oil. It’s a slippery business. The devil is the father of lies and there is nothing he likes better than deceiving us and drawing us into the most cunning of spiritual traps. Tom was in danger of wasting time in “spiritual warfare” doing no more than wrestling with evils of his own imaginings.

There’s more. Tom lacked a proper strategy for spiritual warfare because he did not have a developed understanding of the nature of evil in the first place. Evil is not original. It is derivative. Satan cannot create anything good. All he can do is twist and corrupt what is good. That’s what he does: he lies. He tells half truths. He distorts the truth. He corrupts what is pure, twists what is straight, soils what is clean, and vandalizes what is beautiful. To fight evil directly therefore, is to try to fight something which is essentially a negative. Evil is to good what darkness is to light and what cold is to heat. Darkness and cold are an absence of light and heat. So evil is an absence, a distortion, and a corruption.

The strategy for spiritual warfare is therefore passionate, proactive, and positive. It is passionate because the heart is aflame with love for all that is beautiful, good, and true. It is proactive because it steps out with confidence and faith to engage evil. It is positive because it supports all that is good and strong rather than simply praying against the darkness and evil.

This positive, passionate and proactive strategy also helps us to avoid the pitfalls of spiritual warfare. If we get too wrapped up in the evil we can be drawn into evil ourselves. If we focus too much on the darkness we can be drawn into a pit of paranoia—seeking to push back against evil with a spirit of punishment, revenge, anger, and destruction. These tendencies can sometimes lead us into the dark side of our own personalities and bring out the worst in us rather than the best. When we focus on prayer that is passionate, proactive, and positive we battle as children of the light, not sons of the dark.

I once asked an old priest how many people attended his early morning Mass. He smiled through twinkling eyes and said, “There were thousands… but I could only see three.” His wise words remind us that the final strategy for spiritual warfare is to remember that we do not fight alone. We are part of an army—not only of our brothers in this world, but on the other side. We fight with all the saints and angels who battle with us for all that is beautiful, good, and true.

When I explained these spiritual strategies to Tom he was immensely encouraged. He was able to see his vocation to spiritual warfare for what it was: rather than being a dark night wrestling alone with unnamable and terrifying evils he saw himself as a humble and radiant warrior in the armies of the Lord of Light.

In 2006 Dwight returned with his family to the United States and was ordained as a Catholic priest under the Pastoral Provision—a system through which married former Protestant ministers may receive a dispensation from the vow of celibacy in order to be ordained as Catholic priests. He is the parish priest of Our Lady of the Rosary church in Greenville, South Carolina. Visit his website and browse his books at dwightlongenecker.com.
saintsspiritual warfarethe churchthe devil
01 / 27 / 2016
Back to all articles

What Makes Jesus Different from Other Religious “Founders?”

Take Up Your Cross