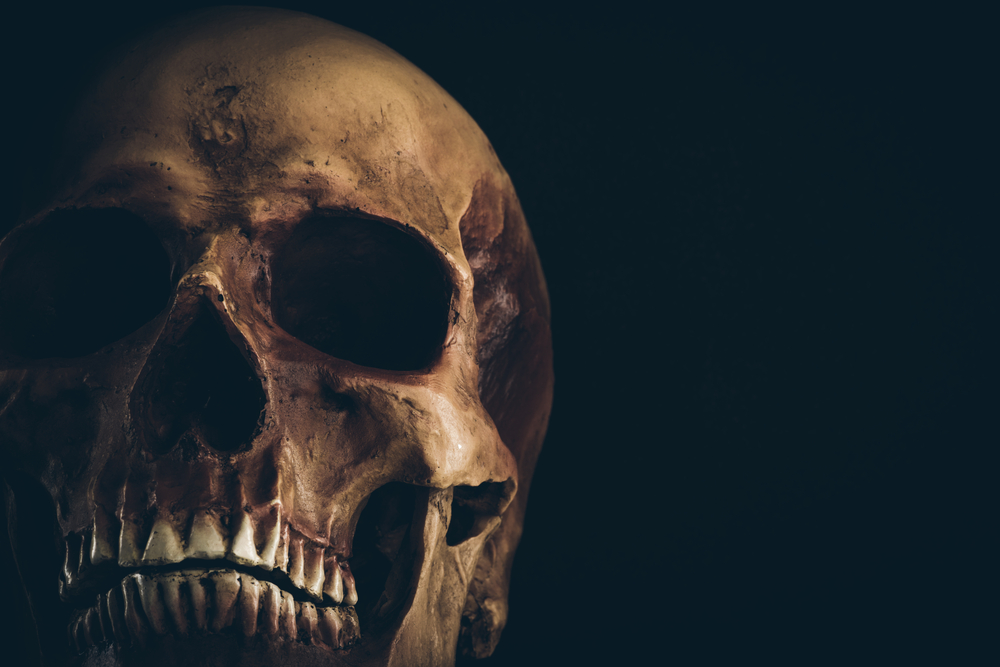 It begins when you start shivering.

You feel more uncomfortable than you can ever remember. Cold penetrates all over your body. Never in your life can you remember feeling this cold and there is no escape from it. Very soon, you may begin to worry: the cold is incredible… and you begin to notice it is becoming hard to breath. Soon you are not thinking at all and feel clumsy and dazed. You struggle to unzip your coat, not knowing why, and not noticing how difficult it is to move your hands.

Your breathing becomes even harder: “Keep going, keep going, almost there.” Eventually, you are overtaken by an incredible sense of sleepiness. You fight a paralyzing sluggishness, but you have the feeling you should not stop. You notice your hands, feet and face are numb. Fear never crosses your mind and, in fact, you eventually begin to feel carefree, you are only tired. Step after step. Soon, you even begin to think things are getting better; you remind yourself to be optimistic, after all, it does not seem as cold as it had been an hour ago.

If you could just sit under this old tree and take a quick rest, you could resume your hike; it can’t be long now. You collapse under the tree. That’s it; a quick rest and then…you scan the road ahead and watch as the snow blows across the road. For some reason, you do not feel cold anymore. You lay your head back on the tree and look up into the barren branches. Time seems to stand still. The wind becomes stronger. You listen to the wind, close your eyes, fall into a deep sleep… and die.

The process of spiritual death resembles death by hypothermia. There you are one day: leading what you believe to be a good Christian life, going to Mass, saying your prayers, giving to the poor, maybe even volunteering at Church once in awhile. Then, perhaps without even realizing it, in the struggles and confusion of the day, you begin to neglect your prayers. You may watch an R-rated movie without even thinking about its moral content. You may work long hours and never see your family. You spend much time watching violent or sexual television or hours of televised sports programs. You may drink too much, even as you convince yourself it is only a few times a month. You visit pornographic websites and assure yourself you do not do it that often. You are bored at Mass, bored with homilies, bored with irrelevant rites that seem “made up.” You may even begin to think that guilt is something the church invented to make us feel bad about ourselves, so you eliminate it from your life and your consciousness altogether.

There are lots of things that may seem harmless, but just like freezing to death in the cold, they can sometimes slowly and unknowingly lead to spiritual death. We walk along the barren roads of life, slowly becoming more and more cold, slowly losing the strength of grace. We get to the point that all we can do is put one foot in front of the other. Nothing makes sense to us anymore. We are lost and numb. We eventually become tired, weighed down by sin, and we give in. Life without Christian spirituality is too much…soon, we stop to rest, close our spiritual eyes and ears, and die a spiritual death.

Sure, all of this sounds gloomy and may even be offensive. But lift up your eyes and look around you – it cannot be denied that so many of us, regardless of who we are or where we come from, are overwhelmed today. Anxiety about the stock market, the government, work, terrorism, abnormal weather, broken families, you would have to be blind not to see the evidence, it is all around us!

Juxtapose what has been said above with an incredible warning from the Fathers of the Second Vatican Council: “The whole of man’s history has been the story of dour combat with the powers of evil, stretching, so our Lord tells us, from the very dawn of history until the last day. Finding himself in the midst of the battlefield man has to struggle to do what is right, and it is at great cost to himself…” (Gaudium et spes 37). Who can expect to enter a dour combat with the powers of evil, struggling to do what is right, even at great cost to himself, when he is spiritually numb and can hardly give a lukewarm concern?

Brothers, we are in trouble, many of us. Many of our families and friends are in trouble. We have been lured away from God by the glitz and glamor of a fallen world. At the very best, we are filled with anxiety, at the very worst, we don’t care anymore.

The Team at Those Catholic Men, and many wonderful benefactors, have made an incredible spiritual program available to you. Using only the patrimony of the Church, and the wisdom of so many who have gone before us, TCM has established a program – a challenging program of manly proportions – to break spiritual apathy, addiction or habits, and to put fire in the belly.

The program is as simple as it is tough: it is a conscious effort to pull away from the culture, the routine, the disregard, and open a man to God himself. This is not a “sit in the living room and ‘share’ with strangers from your parish in as awkward a manner as you can imagine” program. In the ancient Church (2nd and 3rd century), men went into the desert to pray and do penance. Even though many were saints, they went into the desert because, by their own admission, they were slugs! They went into the desert to remove the countless distractions and temptations of the world – sometimes to do open battle with Satan – but more often to hear the voice of God, more clearly and more assuredly.

The program is excellent for those struggling with chastity and even better for those who want true and lasting spiritual renewal. Men should engage Exodus for one reason: to grow in freedom; freedom to love God more deeply and our neighbor more perfectly. Although incredibly tough, the exercise only lasts 90 days… and then it is over. If engaged properly, the exercise will leave you with a new outlook, greater insights, deeper self-knowledge, a fraternity of dependable brothers, and spiritual awareness which will serve you well.

Check out the program. It very well may save your life.