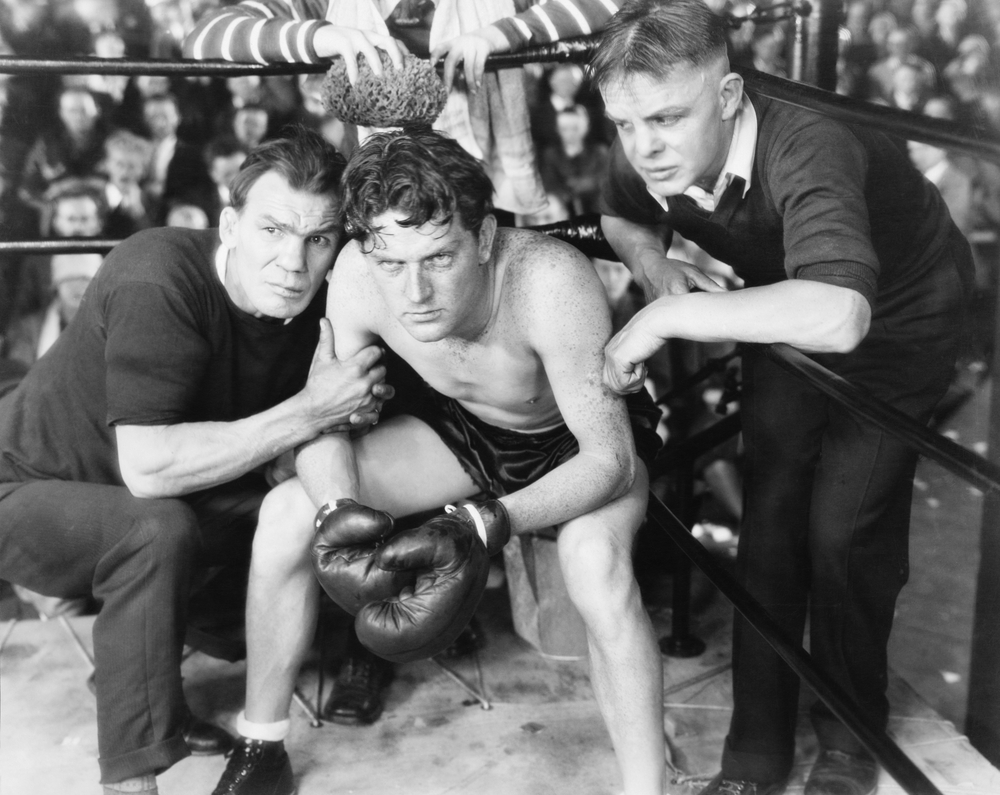 After making the critical decision to follow Christ, it becomes clear to many men that the Christian life is a lot like sports: there’s a lot more that goes into perfecting one’s game than appears at first. When a toddler is holding a football, his one task is just to get it into the hands of his dad standing a few feet away; however that happens is fine. Perfecting a pass is something altogether different. Good quarterbacks spend hours on end practicing the mechanics of passing: their grip, their stance, their shoulders, their draw, the timing of their release. Trying to teach the toddler what to do with his non-throwing hand would just confuse him; the mechanics are important, but they come later.

In the same way, after discovering that sin is empty and unfulfilling, turning away from it and living the Christian moral life seems like a pretty straightforward idea: don’t do the things that Jesus says are sins. Check. However, after a bit of time and effort, we find that there’s more to it than we first thought. Sin and the temptation that leads to it are more complicated than they seem. There comes a time, then, when we need to focus a little more closely and study the mechanics of avoiding temptation: the little things that lead to victory by God’s grace.

For this, we turn to the advice of the spiritual giant St. Francis de Sales in his book “Introduction to the Devout Life.” Francis is a masterful coach in this regard. However, addressing everything he has to say about temptation would be an epic undertaking, so I’d like to present a few helpful things that he tells us we should not do as we learn to master the mechanics of the moral life.

1. Don’t love the temptation. Seems obvious, right? But, let’s face it, even after we’ve made a clean break with certain sins, the temptation to them can still feel pretty good. Even if a guy has gotten rid of a lot of anger and outbursts of rage in his life, allowing himself to dwell on thoughts about how he would tell off those people who have made him mad can give a great sense of victory. Even though another man would never cheat on his wife, tossing around the idea of visiting the girl in the office that always makes eyes at him can feel pretty good: “I’ve still got it,” he tells himself. Being pleased with the temptation is always the first step toward consenting to it (IV.3).1

2. Don’t put yourself in the way of temptation. This one is both a matter of foresight and honesty. First, it requires foresight: if I know that every time I get into conversations with those people at the lunch table, we end up talking about filthy things and gossiping about other people, it’s my fault when I fall into backbiting and immodest conversation (IV.6). At the same time, it requires honesty: often, we put ourselves into situations because we tell ourselves that we’re “beyond” certain sins. This can be true, but it’s more rare than we like to think. If I’ve noticed that I delight in certain temptations (see #1), I need to be honest about the situations that I place myself in that lead to them. It’s very simply a choice to cut the temptation off. This is what’s referred to as “avoiding the near occasion of sin.”

3. Don’t be so anxious! Feeling tempted is not a sin (IV.3). That is, provided that we didn’t cause the temptation to happen by placing ourselves in its way (see #2). If I feel envious of someone’s possession and have the urge to take it when no one is looking, as long as it remains a feeling, it’s just a pesky temptation (IV.3). It’s when we allow ourselves to get all worked up about feeling tempted that things go bad: “Worry is the greatest evil that can befall the soul, sin alone excepted” (IV.11). When we lose our peace, we begin to believe the great lie of the Tempter that we’ll never get over the feeling of fighting an uphill battle until we give in. And when that lie sets into our mind, the next step is a fall.

4. Don’t give temptations a hearing. St. Francis de Sales makes a distinction between greater and lesser temptations: for example, the temptation to murder someone vs. to be short and irritable with him; to steal vs. to covet; to commit perjury vs. to tell a lie; to commit adultery vs. to not guard one’s eyes (IV.8). While we must fight great temptations forcefully, with the lesser temptations, he says that our main task is just to let them pass by: to quietly remove them and not let them steal our peace (IV.9). It’s the old pink elephant trick: the more we try not to think of pink elephants, the more they crowd our consciousness. When temptations arise and you recognize them, reject them and go on, not giving them any more thought. Otherwise, they become overwhelming.

5. Don’t make it a game of will. When a man is specifically trying to overcome a certain sin in his life, he’s often disheartened by his weakness in fighting temptations to that sin. Many times, the problem is one of perspective. If I approach the moral life saying “I’m going to prove to God how good I can be and not sin” instead of “I love God and, therefore, hate sin and want to get rid of it because it hurts my relationship with him,” it’s no wonder that God allows me to fall: I would think that I was my own savior. Self-reliance remains one of the greatest causes of failure here. When temptations come, the key is to trust more deeply in God’s grace, to humble oneself before him, and to come to love him more (IV.11).

6. Don’t remain silent. Perhaps one of the most important truths to remember when it comes to sin and temptation is that we are not alone in this fight. God is there, but so is the Evil One. The Devil is not just a fairytale; he is real and he has an impact on your life. While a great source of temptation comes from the disorder of our souls, Satan and evil spirits are intensely active in this regard, as well. One of the greatest dangers, then, is to try to fight an angelic-intelligence-turned-evil on your own (IV.7). Tell other people about your struggles: have other men that keep you accountable; have a regular confessor who gets to know your soul and understands Satan’s tricks. Such openness and honesty is essential in overcoming the sins that lead to our misery.

It’s the little things that count in life. Mastering the mechanics of sports separates the great from the good. In the spiritual life, “good” doesn’t cut it; so take a note from St. Francis de Sales and fight temptation the right way.