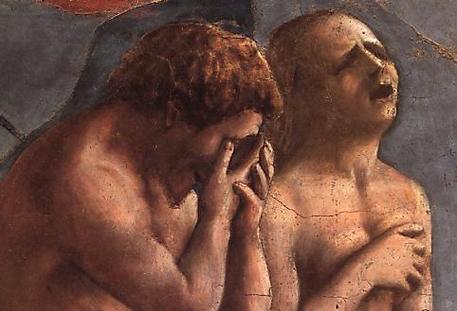 The late Archbishop Fulton J. Sheen begins his book Three to Get Married by drawing a distinction early on between sex and love.  He says the following:

“[S]ex seeks the part; love the totality.  Sex is biological and physiological and has its definite zones of satisfaction.  Love, on the contrary, includes all of these but is directed to the totality of the person loved, i.e., as a creature composed of body and soul and made to the image and likeness of God.  Love seeks the clock and its purpose; sex concentrates on the mainspring and forgets its mission to keep time.  Sex eliminates from the person who is loved everything that cannot adapt itself to its carnal libido.  Those who give primacy to sex for that reason are anti-religious.  Love, however, does not concentrate on a function but on a personality.”

In Archbishop Sheen’s third sentence, after describing sex as something “biological and physiological”—as something that “has its definite zones of satisfaction”—he goes on to say that “[l]ove…includes all of these but is directed to the totality of the person loved”.  Thus, there should be no misunderstanding that Archbishop Sheen is saying that sex is a bad thing.  He is saying that sex as merely sex—sex “divorced from love” (pg. 4)—is harmfully reductionist.  The reason being that it reduces love to sex alone. For this reason, immediately after the passage above, Archbishop Sheen says that “[a]n organ does not include the personality, but the personality includes the organ, which is another way of repeating the theme: love includes sex, but sex does not include love (pg. 5, my italics).

Understood in this context, we see that there is truth in saying that “sex makes men sad’.  For sex understood in a mere biological and physiological way—as a grave reduction of the totality of the plan God intends for marital love—can do nothing but make men sad.   Many, I assume, think that Christianity ought to allow for more sexual autonomy—because “people need to do what makes them happy”.  In many ways, I agree with the notion that people should do what makes them happy.  But to posit that involving themselves in distortions of human sexuality will accomplish that end is misguided, if not disingenuous.  To such persons, then, I share another passage from Archbishop Sheen’s book. It is by far the most powerful and beautiful articulation of the emptiness of sex “divorced from love” that I have ever read:

“[W]hen sex is divorced from love there is a feeling that one has been stopped at the vestibule of the castle of pleasure; that the heart has been denied the city after crossing the bridge.  Sadness and melancholy result from such a frustration of destiny, for it is the nature of man to be sad when he is pulled outside himself, or exteriorized, without getting any nearer his goal.”

There is not much more to be said.  If you are struggling with sexual sin and it’s killing your joy and freedom to love God and neighbor, then work on purity.   But make sure not to do it alone—pray, find a fellowship that will help you, seek out counseling, buy an old-school flip phone, whatever it takes!  The reward of genuine happiness will far outweigh the suffering entailed in conquering your temptations.

Editor’s note –  Read the book: Three to Get Married by Archbishop Fulton Sheen