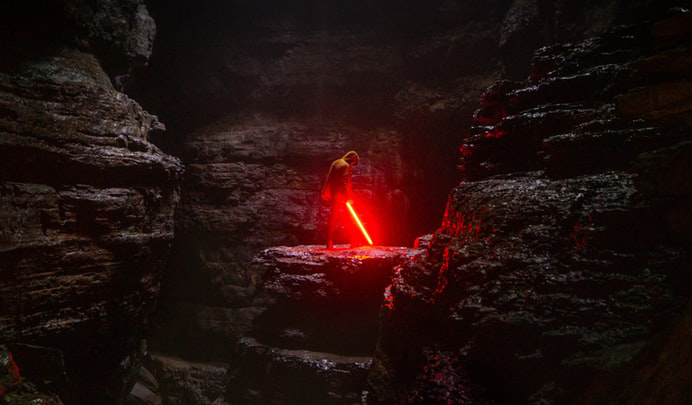 Here’s why I am worried about the final film in the Star Wars saga, The Rise of Skywalker.

First, JJ Abrams is known to have a hard time ending a story well. As you may recall, he co-created and executive produced the TV series Lost. When I watched Lost, it felt to me like the writers were writing random stuff and didn’t really know where the story was going (sound familiar?). That was too annoying for me, so I gave up watching after just two seasons. When the last show aired, the ending was kind of nebulous and my understanding is that many loyal Lost fans were dissatisfied. In a recent interview, Abrams said about himself, “I don’t actually think I’m good at anything, but I know how to begin a story. Ending a story is tough.” Yet Disney chose him to end what is arguably the greatest fictional story of our time.

Second, I don’t think most people in Hollywood have what it takes to write a good story anymore. In her book, Wired for Story, author Lisa Cron says that story is fire plus algebra. I see this as meaning story is both transcendent (fire or mystery or spirit) and incarnate (algebra or science or flesh). Like a dish of food, stories must follow a particular recipe (algebra), but they can never be great without revealing something more mysterious in the mix (fire). In the case of food, the fire component is thought to come from the chef’s love of food, cooking, and people. I think some Hollywood creators may understand the algebra of storytelling, that is, they know the recipe, but most probably don’t have a good grasp of the fire of storytelling, the more transcendent aspects of stories. We actually see this phenomenon develop in the Star Wars saga going all the way back to the days of George Lucas.

In the original trilogy films, the Force was a mysterious power that emanated through the universe. Obi-Wan Kenobi said, the Force is “an energy field created by all living things. It surrounds us, penetrates us, and binds the galaxy together.” That was really all we needed to know about the Force back then. The movie’s creators and the audience both seemed comfortable with the Force as a mostly unexplained mystery in 1977. However, when The Phantom Menace came out in 1999, midi-chlorians were introduced to explain the Force. Qui-Gon Jinn said, “midi-chlorians are a microscopic life-form that resides within all living cells … without the midi-chlorians, life could not exist and we would have no knowledge of the Force … they continually speak to us telling us the will of the Force.”

Do you see the difference between Obi-Wan’s transcendent explanation and Qui-Gon’s scientific (physical/material) explanation? What was mysterious and not completely understood in 1977 could be measured and understood with a blood test by 1999. It seems that over the 22 years that passed between Episode IV and Episode I, George Lucas grew uncomfortable with the Force as a transcendent mystery and instead opted for science to explain it. By doing that, he may have pried too deeply into the soul of his own work, thereby profaning it. This seemingly small detail may be indicative of a greater downfall, not only of the Star Wars saga, and not only of the larger world of Hollywood, but of our entire culture as well. When man turns away from God and arrogantly seeks answers to all of his questions through the physical science, he refuses to acknowledge there is anything but the material – we are just matter and therefore there really is no deeper mystery, just an unsolved one.

Our stories reflect our culture and our outlook for the future. Good, true and beautiful stories cannot come from the minds, hearts and souls of people who have turned their backs on God. Hollywood may produce the algebra of storytelling pretty well, but if the fire is lacking, then upon closer examination the audience will see the story for what it really is–empty and dead. If The Rise of Skywalker ends the Star Wars saga by disfiguring or perverting what came before it, then, as a lifelong fan myself, I will be very disappointed. But, in that case, I believe this saga which is our modern day mythology, is indicative of something deeper and darker happening within our culture and within the human heart.

I am trying to remain positive about this movie, but I have to say, “I have a bad feeling about this.”

mysteryscienceStar Wars
12 18 2019
Back to all articles

God Will Not Be Conquered by Your Efforts to Understand Him