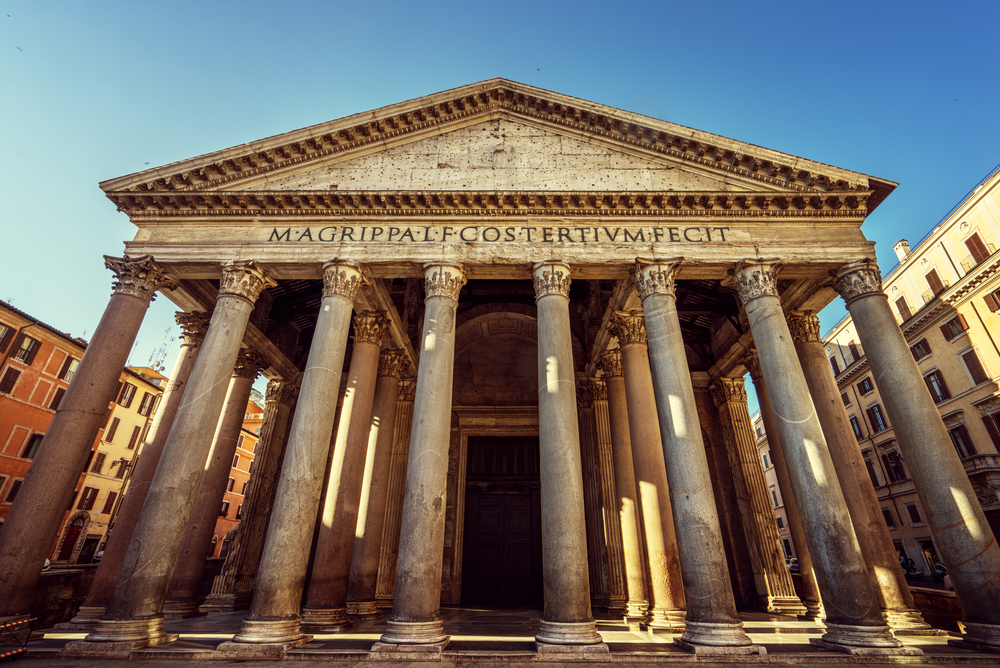 You are called to be a witness in a new age of martyrdom.

When we think of the age of the martyrs, the great witness against the idol worship of the Roman Empire comes to mind. The Romans did not force any kind of religious uniformity on its conquered territories, save that the Roman Emperor himself could be included in a wide pantheon of gods. In a way, the Romans were forcing relativism and tolerance on their citizens: everyone can worship whatever god they prefer, as long as they do so in obedience to the divine emperor. The Empire outlawed Christianity for refusing to enter into this state sponsored pantheon.

Now we have entered a new age of martyrdom, even greater than the first.  As Pope St. John Paul II declared: “At the end of the second millennium, the Church has once again become a Church of martyrs” (Tertio Millennio Adveniente, 37). At the Easter Vigil in 2015, Pope Francis said that “we can say that there are more [martyrs] now than there were in the early centuries.” This persecution has extended throughout the world—thousands of martyrs from Catholic Spain and Latin America (e.g. Mexico during the Cristeros period), victims of Nazi and Communist purgings in Europe and Asia, missionaries in Africa, and now martyrs of the Islamic State and Islamic terrorism.

The twentieth century saw over a million martyrs throughout the world, but this is not the full extent of Christian persecution. Now, in our own century, we are witnessing a new kind of persecution, coercing us to conform to a new sexual ideology. Pope Francis has called this a “polite persecution.” Archbishop Lori commented on this new persecution at a commencement address on May 19th:  “Just because this polite persecution is bloodless, we should not imagine that it is victimless.” Catholic institutions face enormous pressure to conform to a new sexual agenda. The Archbishop challenged us not to give in to this pressure: “Were we merely to collapse under the weight of the pressure that we face and to allow our institutions ‘to go along, to get along,’ we would not be serving the cause of mercy but quite the opposite.” We can’t allow ourselves to become complacent in the face of a new forced idolatry.

The old idol worship objectified God, trying to contain Him within our own power and control. When Christians objected to this false worship it undermined the cultural fabric of the ancient world. St. Paul was accused of “turning the world upside down” (Acts 17:6). Christians were considered traitors to the Roman state for insisting that true worship transcended our idols and the power of the Emperor. No one could go politely about their business as long as Christians continued to bite their conscience, witnessing to the truth about God.

What is the new idol worship? It does not create an idol for religious worship, but rather turns the very self into an idol. Our idolatry creates a relativistic and autonomous view of autonomy and freedom that must be worshipped before all else. This individual freedom is religious in the sense that is considered absolute and sacred. We are seeing that this new idol takes preeminence over the family, sexuality, gender, and even religious freedom. The government coercively enforces this idolatry through the contraceptive mandate, refusal to contact with groups that stand against gender ideology, enforcing a new definition of marriage, reeducation and fines for those who oppose this redefined marriage, and fines for states and schools that respect the integrity of the body as male and female.

Cardinal Cañizares of Valencia, Spain, confirmed this analysis recently by describing our persecution from a new ideological empire: “We have legislation contrary to the family, the acts of political and social forces, to which are added movements and acts by the gay empire, by ideologies such as radical feminism, or the most insidious of all, gender ideology.” The response to this statement ironically reinforced his point: a call for prosecution by the Feminist Platform of Alicante and a criticism from the Governor of Valencia for “fomenting hatred.”

How then should we respond to the new, bloodless (for now) idolatry enforced by our society? For one we shouldn’t be shy about facing it. In fact, we should expect conflict for living out our faith in the world. Pope Francis (in the same homily quoted above) relates: “Persecution, I would say, is the daily bread of the Church. Jesus said so himself.” Therefore, we must be ready to “bear witness to Christ who has saved us.” Bearing witness is literally the essence of martyrdom (bloodless or otherwise). When we are persecuted, we are living an essential aspect of faith—its contradiction to the world.

In the face of persecution, we also cannot run and hide. Rather, we need to defend our Catholic identity and institutions and offer the Gospel even more readily to society. Archbishop Lori describes this need for boldness: “Do you think the powers that be would be as inclined to come after us as they have been? They are coming after us now because they perceive weakness, and it seems to me that the ultimate answer to this is evangelization.” An idolatrous society is one that needs the Gospel message. It needs to be liberated from its false notions of human nature and freedom and must respect religious liberty.

We are called to resist the new idol worship of our society. We must embrace the truth of God’s creation and our bodies, the reality of marriage, the transformative power of family love, and accept our call to evangelize. The new idol worship offers us a substitute for these things—empty promises and false happiness. Like the early martyrs, we must refuse these substitutes and witness to the fact that true happiness that comes not from the individual, but only from obedience to God.