Reflections on Christmas from A Convert’s Perspective 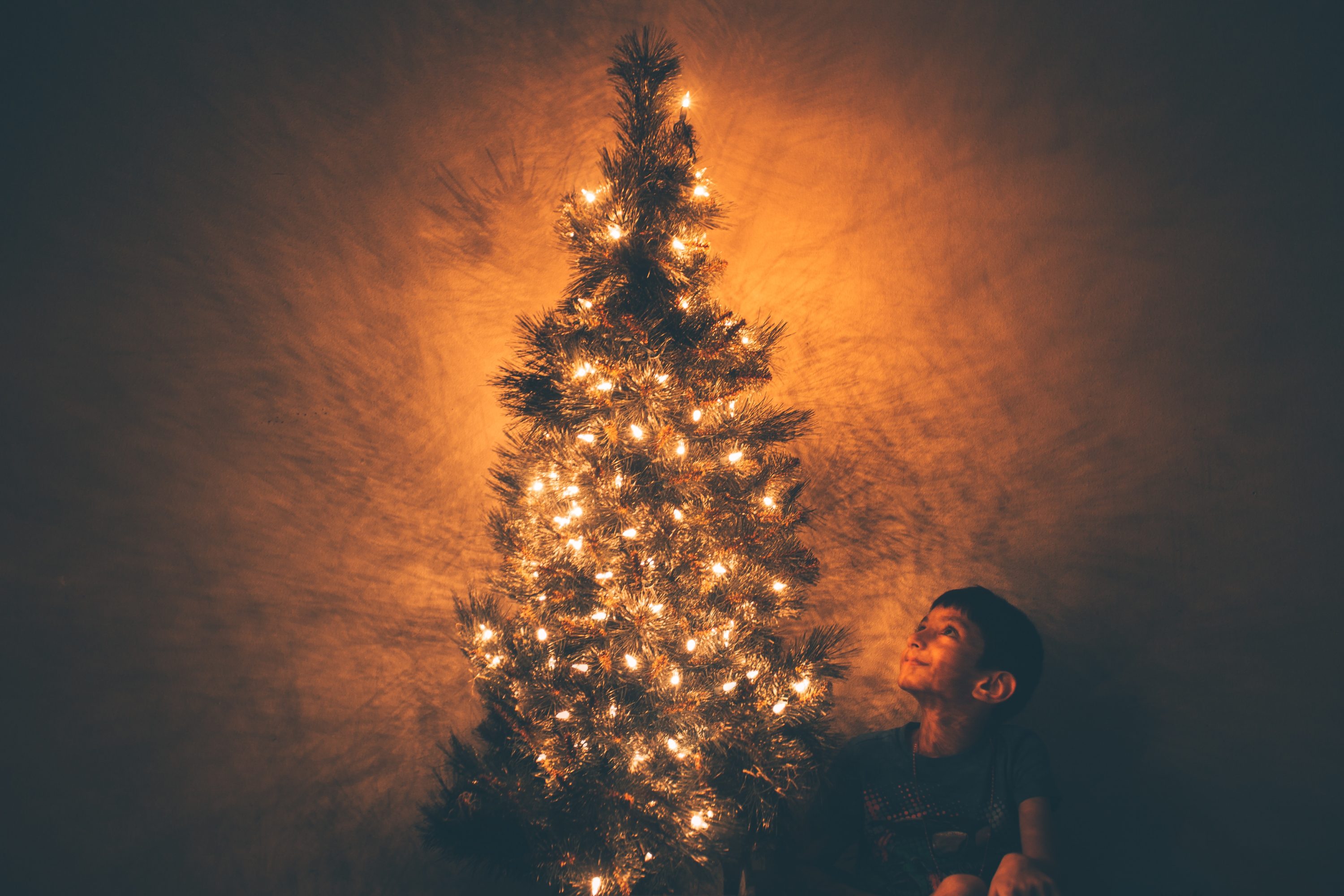 As a convert to The One True Faith from American Consumerism and American Protestantism, I am yearly amazed at the wisdom of the Catholic liturgical calendar.  When entered in to, it purifies and constantly prepares us to meet God by helping us meet God in sacred time and in sacramental reality.  When the spirit of the liturgy is alive, so is the festive heart.  True feast days, after all, are only really still kept by Catholics.  All other attempts at celebrating something come and go as they are “proclaimed” into existence by some so-called authority, only later to morph into a bargaining chips in public school and bank calendars (do we get MLK day off or Presidents Day?).  Along with bargaining chips, of course, they are also bones tossed to various groups, but are forgotten unless candy and card companies see a penny worth picking up – Mother’s Day was a winner in this regard, although I wish national dairy month would be more popular.

Catholics keep feasts because we are by nature festive people.  We have not only reason to celebrate, but the sacramental and mystical connection to the thing itself, meaning we don’t try to conjure up feelings of festivity but reflect reality in the form of festivity, living with open eyes in a good world made and redeemed by a good God.  True festivity, in other words, only belongs to those connected to the Divine.  Holidays “proclaimed” by secular authorities for secular ends will always fail to be truly festive and will slip into meaninglessness that is grotesquely rescued only by consumerism or the brute force of special interest.  As Josef Pieper said, man “can make the celebration, but he cannot make what is to be celebrated, cannot make the festive occasion and the cause for celebration.”  Which is why “we encounter artificial holidays” which ultimately leads a man to hopelessly hope he “is able to bring about his own salvation as well as that of the whole world.”[1]  God saves us from our futile attempts at manufacturing meaning, and those living in the gift of salvation are festive in it.

When speaking of true festivity Pieper is, of course, presuming the living of the True Faith, not like men that keep superficial piety.  “They will preserve all the outward form of religion, although they have long been strangers to its meaning (2 Tim 3:5, Knox).

So, as Chesterton said, we don’t celebrate Christmas before it happens, whipping ourselves into sentimental and consuming frenzies that conjure “Christmas spirit” by brute force and endless ditties, but celebrate it after it “happens” liturgically, at the true Christ-Mass.  Our festivity is a response to a reality we encounter in the Christ-mass.  In fact, to see how serious we take this “moment” when Christmas “happens”, we start the party at the precise moment it becomes liturgically possible – at midnight Mass.  Then (and only then) do we begin both the octave of Christmas, which is the liturgical “time-stop” when we rest for 8 days in the 1 day of Christmas, but then we have the “season” up to Epiphany generally, although the spirit of it has been over the years extended all the way to Candlemas on February 2nd.

Consider how different this is from the world’s “celebration” of Christmas, and Protestants as well who, like the malls, “do” Christmas before Christmas.  The local Protestant radio channel where I live starts Christmas music as close to Thanksgiving as possible, singing songs and offering commentary as if it were already Christmas.  It’s awkward.  It hasn’t happened.  Anyone that has had a baby knows that the lead up is preparation, and only after the fact of birth do you live in a way proper to, well, after the fact of birth.  It can feel nice to act like its Christmas before Christmas, but nicety is far from festivity.  Of course the stores love this because each year they can just “extend” the “season” earlier and earlier so as to get us to spend more.  I think with each “extension” backwards it makes it harder to rest in the peace of Christmas afterwards.

This whole charade has the effect of a cheap bottle rocket.  It feels like its going to be big, but it really just shoots into the air with some sparks and noise (this is the “season” before Christmas that is actually Advent), and then it #pops# with some bigger sparks and a bang, but then is over quickly, in a flash, with an air of disappointment.  Before Catholicism December 26th always felt like a metaphysical hangover – like I was supposed to still be excited, but it’s all just sort of over.

Compare this to the truer celebration of Christmas, the reflection of and response to the encounter with Christ.  Prior to the arrival of the King there is a season of preparation and reckoning where one must deal with the fact that his heart is attached to this world and not well prepared for the coming salvation.  Done well this will temper the consumerism that rises so incessantly from early November through Christmas.  Then the day comes and we burst forth into a series of Masses and feasts that draw our minds to the paradox – the sign of contradiction –the King that has arrived to rule in ways man does not understand.  We get the baby Jesus, then St. Stephen’s stoning, Holy Innocents, Thomas Becket, the Epiphany – and more!  It’s a whirlwind of the reality of faith.  Then we are allowed to rest in this through a season, as it slowly recedes from us.

This type of celebration is more like a large wave on a hot day.  You may see it coming and brace for it, desiring its refreshment but knowing it could be more than you’re ready to handle, but then it hits you with the immensity of what it is, and then it slowly recedes back from where it came – the ocean of God’s mercy –drawing you a little closer to the Source each time it hits.  Or so it should.  (My wife said she didn’t like the analogy because she’s scared of waves, but I think a little fear could help us avoid artificiality in Christmastide.)

The bottle rocket just ends.  It’s over when it’s over.  Nothing shows from it, except maybe some paper trash left on the ground, and an occasional burnt finger.  This is the “artificial” festivity Piper warns us of and the “danger” Chesterton mentions.  The wave of Catholic Christmas, however, hits us hard, but then pulls us back to the place it came from.  It’s not easy, but it’s good.  Christmas, celebrated in the proper context of Catholicism, can knock us over.  For a sinner like me, I need that liturgical weight to hit me and draw me in.

Remember, we’re not done yet.  Keep the party going.

[1] Josef Pieper, In Tune With the World: A Theory of Festivity (St. Augustine Press), 62.

CatholicismChristmasconvertprotestantismreflections
01 / 05 / 2018
Back to all articles

Demons, Penance, and Screwtape’s Last Vision of You