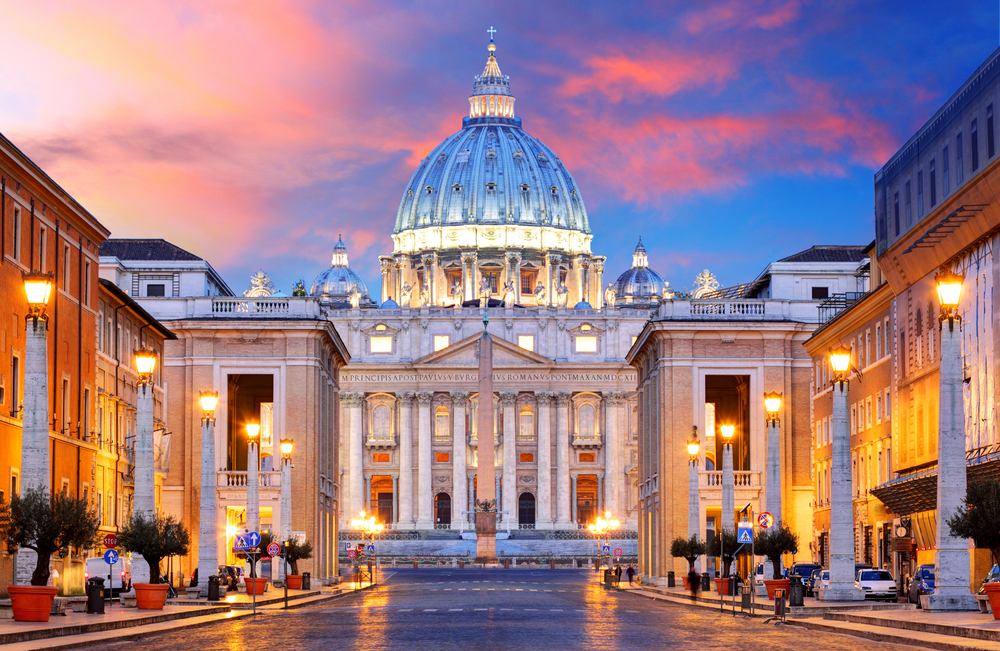 The Gospel conquers, fulfills, and transforms all of reality.  Far from merely offering a path of moral conduct, Christ brings the fullness of truth and life.  Accepting him means becoming more fully human in every aspect of our being.  Therefore, conversion necessarily includes allowing the Gospel to touch and transform our minds: how we view, understand, and interpret the world.  We see this side of the Gospel message already in the preaching of St. Paul:

Among the mature we do impart wisdom, although it is not a wisdom of this age or of the rulers of this age…But we have the mind of Christ. 1 Cor 2:6, 16

Have this mind among yourselves, which is yours in Christ Jesus. Phil 2:5

Be renewed in the spirit of your minds. Eph 4:23

The Incarnation changes everything; and no faith has embraced the far-reaching effects of God’s Incarnation as fully as the Catholic Faith.  The result is a sophisticated way of looking at the world – a gospel worldview – that both challenges and enriches the minds of all who accept the yoke of Christ found (in its fullness) in his Church.  Indeed, the call of all Christians is to acquire the mind of Christ himself, to see the world with his eyes.  And how different his perspective is!

The masterpiece of author Evelyn Waugh’s novels, Brideshead Revisited, articulates this same idea in a literary manner.  In a telling passage, a prominent character, Sebastian, is speaking about his Catholic upbringing and faith (or loss thereof) with Charles, the narrator:

“…I wish I liked Catholics more.”
“They seem just like other people.”
“My dear Charles, that’s exactly what they’re not—particularly in this country [England], where they’re so few. It’s not just that they’re a clique…but they’ve got an entirely different outlook on life; everything they think important is different from other people. They try and hide it as much as they can, but it comes out all the time.” (99)

Experience proves, however, that Waugh’s “entirely different outlook on life,” and St. Paul’s renewed mind of Christ have lost their form in recent years.  While Waugh, writing in the 1940s, noted that Catholics try to hide their different outlook but fail, it seems today that the attempt is no longer necessary: the different worldview has been lost.

A widespread cultural fatherlessness (at once physical, emotional, formational, and/or spiritual) is to blame for much of this.  After all, a worldview does not form overnight, but only by extensive contact with one who provides this formation.  As children in normal circumstances learn much of how to interact with and survive in the world from their fathers (see, for example, this article), a lack of authentic fathers in the Church logically leads to a failure to pass on a robust Catholic view of the world.

The great task laid before us, then, is to reclaim a distinctively Catholic view of the world – to allow our minds to be formed by the truth of the Gospel.  The formation of this worldview occurs naturally and most effectively in relation with others – through conversation, observation, and sharing ideas.  This article hopes simply to offer clarity and direction in this regard.  Let’s look, then, a few fundamental lenses through which a Catholic views the world:

The first concerns the relation between the spiritual and material world.  A false view of this relation is offered by simple hedonism (exemplified by many in our culture) which holds that whatever leads to the highest personal pleasure is the highest good.  For the hedonist, the spiritual is rejected and matter exists only for personal exploitation.  As an example from the other end of the spectrum, Puritanism looks upon matter and its enjoyment as evil and sees life’s purpose to be overcoming the body, leaving only the spiritual.

A Catholic view of reality views matter as God’s creation and, therefore, as good.  As such, the material world can be used and enjoyed in moderation (which, in fact, is the only way that it can be enjoyed fully). Moreover, in the Incarnation God reveals that he wants to use matter to communicate and interact with us.

Take the example of wine.  While the hedonist looks at wine as a tool of intoxication for personal pleasure and the puritan sees it as naughty “demon alcohol,” the Catholic views wine as part of the goodness of creation.  In moderation, it carries with it a spirit of celebration and a sense of the goodness of life, it becomes a shared good among friends and family, and (on the supernatural level) becomes the means by which God shares his divine life with us, in the sacramental Blood of Christ.

II. The Truth of Human Reason

The next lens looks at the relation between faith and reason.  In an intellectual world dominated by the philosophy of scientism, which limits human knowledge to that which can be experimentally verified, faith is often shrugged off as an irrational groping for meaning.  At the same time, fundamentalism quips back that reason and science are just obstacles to real faith, which is grasped “blindly.”

The Catholic, on the other hand, accepts the integrity of science and other disciplines of human knowledge while also accepting revelation, faith, and the reality of mystery (truth that exceeds a human’s capacity to know).  Yet, the faith of the Catholic is always – as St. Anselm puts it – “faith seeking understanding,” which allows the insights of philosophy, science, and experience to illuminate the truths of the faith.

Look, for example, at the Theory of Evolution (which could be an article on its own).  While the secular scientist states (violating the bounds of his own discipline) that empirical evidence supporting the evolutionary theory points to the non-existence of God, and while the fundamentalist spends millions constructing the Creation Museum to defy the consensus of scientists, based on a literalistic reading of Genesis 1-3, the Catholic holds the connection between faith and reason.  He allows the truth of philosophy, literary study, and history to illuminate revelation and – while fully respecting the Scriptural account of Genesis – permits scientific inquiry to enlighten the Creator’s work.  At the same time, he rejects scientism’s (ironically un-scientific) claim that reason destroys faith, and insists on the cooperation of faith and reason, certain that all truth, ultimately, comes from God.

III. The Fulfillment of Self-Gift

Another lens highlights the connection between freedom and fulfillment.  The voices of materialism sounds strong around us, identifying happiness with comfort and heralding the ideal of personal gratification and the avoidance of all suffering.  Alongside them, too, rise the many voices of disenchantment that have given up on the possibility of happiness and love because of the experience of the evils, trials, and betrayals of life.

The Catholic sees something very different.  Jesus conquers and transforms suffering and death.  No longer powers of destruction, in his hands they become forces of renewal: through accepting the cross, we discover new life.  Only in giving of oneself in love – which always bears the cost of suffering – do we find the fulfillment for which we long.

Take the example of fatherhood.  The culture praises fathers who provide stuff for their children, involve them in sports, and have as few children as will allow them to live the life they want.  At the same time, many children in these homes are rightly considered abandoned: their fathers fail to give them the time, education, and correction they need.  Why? Because it demands a gift of self and suffering.  The true Catholic father chooses to give his time and attention to his children even when he feels he has nothing left, he corrects them even when it means they will be angry with him, and he teaches them the faith with his life.  And he chooses it because it is his vocation and because it demands of a gift of self, for in that self-emptying he discovers the fullest joy of fatherhood and life.

The list could go on: how a Catholic sees the relation between creation and salvation, morality and freedom, humility and greatness, and more.  Let’s end with a simple encouragement: discuss these points with other men, pray about them, and strive to see the world in authentically Catholic way.  Men, be renewed in the spirit of your mind!

They Kill Kids Like Me, But Let Me Tell You About My Walk

Why You Should Not Use Bad Language…

Rising from the Ashes