Proud to Be A Papist! 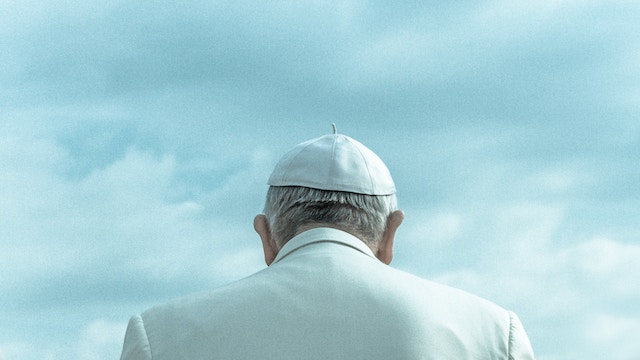 Since the time of the English Reformation to even this day, Catholics have been derided as “Papists” for their loyalty to the pronouncements of the Pope and the Church’s Magisterium—over and above, say, the pronouncements of other Christian confessions or the supreme law of the land (i.e., our constitution).  Even in our own country the term has been used to denigrate Catholics.  While the term’s intended use was derogatory, it nonetheless serves to remind one of a certain truth that demonstrates a principled and courageous conviction of Catholics.  Namely, our conviction that there exists a law higher than that established by governments, which all men must revere and to which they must be obedient.

The term “Papist” does also mischaracterize Catholics.  It suggests a blind obedience to every word that comes from the Holy Father’s mouth.  Further, it implies that Catholics would be ever so happy to establish a sort of theocratic state unwavering in its fidelity to the pronouncements of (in the minds of some) an authoritarian Bishop in Rome.  When the term “Papist” was first coined, this was perhaps a fair criticism.  Today, however, most Catholics could not be fairly criticized of this type of thinking.  It is commonly understood among most serious Catholics today that their obligation to pledge their highest allegiance to the pronouncements of the Pope and the magisterium on matters of law, while very real and serious, is limited.   This sort of allegiance is required of Catholics when (and perhaps only when) it is requisite for safeguarding against clear abuses of the natural moral law, of which the Church is the great defender.  Such allegiance need not be a deciding factor when, for example, some Catholic casts a vote based on his view of the specificities of some economic policy, when there can be legitimate moral debate regarding those specificities.

What this all boils down to is a long-standing tradition within the Catholic Church that teaches there is a law that all governments must be held accountable to upholding.  Referred to as the natural law, it is the moral law that all men know (or are at least capable of knowing) by reason alone.  It is due to this fact—i.e., that men know this law by reason—that the law is termed “natural.”  For it refers not to the mere material and animal aspect of man, as some might be tempted to think because of the use of the word “natural”.  Instead, it refers to a more significant and immaterial aspect of human nature—namely the human mind, which bears within it the imago Dei.  This distinction is important, for it grounds the Catholic’s defense of a law higher than the laws of governments in, well, reason—not mere emotions, which are seemingly connected primarily to our physical nature.

All this to say, Catholics need not be ashamed of defending and revering the natural moral law, even if we find ourselves being derided as our ancestors were.  And we certainly must not give into the (liberal) argument that our understanding of law ought to adjusted according to each passing change to social norms.  Nor should we ever give into the “conservative” argument that, in the name of “originalism” or “textualism”, governments are permitted to legalize abhorrent practices like, say, abortion or euthanasia—even if only at the state level (a belief that, sadly, Justice Scalia seems to have held).  Here I am reminded of the words of Pope Benedict XVI who, when speaking on radio broadcast around the year 1970 regarding the future of the Church, said that “[t]he Church will be a more spiritual Church, not presuming upon a political mandate, flirting as little with the Left as with the Right” (Ratzinger, Faith and Future, p. 116).

Rather than being ashamed of our principled convictions and religious heritage, we ought to embrace them all the more unashamedly.  But rather than being “proud” to be “Papists” (as this article’s title suggests we should be), we ought to be immensely humbled.  For we belong to a Church where men would rather die by the sword with the words “I am the king’s good servant but God’s first” (St. Thomas More) on their lips, than betray their Creator and the people whom He loves and has made in His image.  Heck, since that’s the case, maybe we should even revive the term Papist?

catholicpapistpopesean mitchell
07 27 2017
Back to all articles