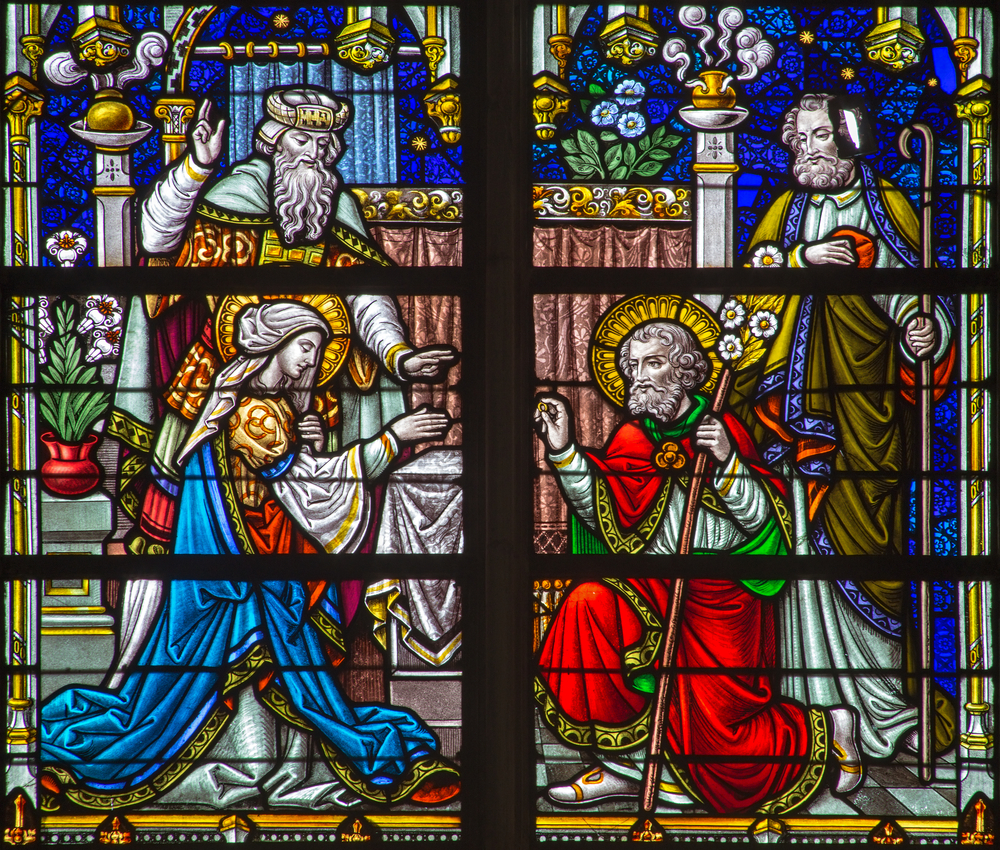 We typically think of the story of St. Zechariah, the father of St. John the Baptist, in light of the Blessed Mother, and rightfully so. Scripture scholars often comment on St. Luke’s depictions of the visitations of Gabriel to Mary and Zechariah. These discussions usually focus on contrasting Zechariah’s reaction of doubt to the angel’s words with the faith of Mary. Perhaps, this Christmas season, we might draw a different comparison, one comparing Zechariah and St. Joseph. Rather than focusing on the faults of Zechariah, we can see, in comparison to Joseph, another model of a loyal son of God.

We will limit our reflection to two points, namely the importance of marital fidelity for these two men and the important role silence played in their lives at this critical moment in Salvation History. We will also draw out from our brief reflection some advice for men today, demonstrating that we can find in both Joseph and Zechariah models for authentic masculinity.

Both Zechariah and Joseph faced potentially scandalous marriages. Zechariah, the old man, faced a scandalous marriage due to its sterility. Under the contemporary interpretation of Deuteronomy 24:1, Zechariah could have divorced Elizabeth because she had not given him a son (one sees this belief in the Pharisee’s question in Matthew 19:3). Yet Zechariah was a “righteous” man (Luke 1:6). Marriage fidelity trumped any social mores. Perhaps someone advised Zechariah, decades ago, to divorce his wife and remarry rather than settling for marital failure. Did Zechariah consider this proposition? There is no evidence of it in Scripture. He loved his wife according to the Law of God. Their marriage echoed the teaching in Genesis: “That is why a man shall leave his father and mother and cling to his wife, and the two become one flesh” (Genesis 2:24).

Similar is the case of Joseph and Mary. St. Matthew recounts how Joseph found out about Mary’s pregnancy. Here again, the just man ponders his wife, and her worthiness for matrimony. Mary and Joseph were “betrothed.” They were married, in a sense, but not living together. If a betrothed woman had sexual relations with a man besides her husband, she was considered an adulterer, and he could either have her stoned or divorce her. Joseph, it seems, contemplated the latter. Why? Did he doubt Mary’s purity? Did he not believe her story of an angel and the promise of the Messiah? Did he believe Mary, and out of fear of his own inadequacies as father of the Son of God, seek the divorce? The Bible is not clear; all we know is that the angel reassured this Son of David. That was enough for him. He stayed with Mary and became the adoptive father of God.

Like Zechariah and Joseph, husbands throughout the world struggle in marriages plagued with problems. With a world obsessed with easy solutions pressing down on them, these husbands feel compelled to give into the “easy solution” of divorce. May they find in Zechariah and Joseph examples of marital fidelity in the face of a world obsessed with infidelity.

In their own way, both Zechariah and Joseph show how silence can transform us. We can even see in their silences a pattern for our lives today, no matter our vocation. In the silence of Zechariah, the result of him doubting the angel’s word, we see a type of the contemplative life. In the nine-month silent retreat Zechariah held during Elizabeth’s pregnancy, the priest meditated on the mystery of his son’s life. We see this in the great Benedictus prayer, which Zechariah sings as soon as he regains his voice (see Luke 1:62-79). The fruit of Zechariah’s prayer and meditation is a song of praise. So also the contemplative life produces adoration in its participants and new life in the Church.

Joseph incorporates a different sort of silence. While Joseph’s silence does involve meditation and reflection, like that of Zechariah, the meditation manifests itself in a very different way. Where Zechariah’s silence, caused by Zechariah’s improper use of speech, begets proper speech, Joseph’s silence produces action rather than words. In every instance of Joseph’s appearance in Matthew’s Gospel, he remains silent; this silence is not one of passivity but one of movement, of production, of fulfillment. Once the angel speaks to Joseph about staying with Mary, he “rises and takes Mary into his house.” He says nothing. Likewise, when told to flee to Bethlehem or return from Egypt, Joseph says nothing, but he rises and does what the angel instructs. His prayer and silence manifests itself in deeds, not words.

We can see in this a model for the active life, the vocation of most men. We are not called to change the world on our own. We are invited to share in the inner life of God through meditation, and then take that inner life to the world, our families, our workplaces and communities. Just as Joseph spoke his assent to God’s will through his deeds, so also we preach Christ to the world through our lives.

We often see in the story of St. Zechariah a man of uncertainty and disbelief, and see in St. Joseph a man of trust and faith. In doing so, we sell Zechariah short. They were both just men, human like the rest of us. When faced with the trials of challenging marriages, both men answered God’s call to fidelity. When given the grace-filled opportunity to meditate, both men served their heavenly King. In Zechariah we see a priest and a prophet; in Joseph we see a humble king, a Son of David clothed in majestic humility. May we who are baptized as priests, prophets and kings, and serve the great High Priest, the Word of the Prophets, the King of Kings, follow them both to Heaven.

Five Months of the Fatima Centenary

7 Thoughts About Homeschooling Through High School