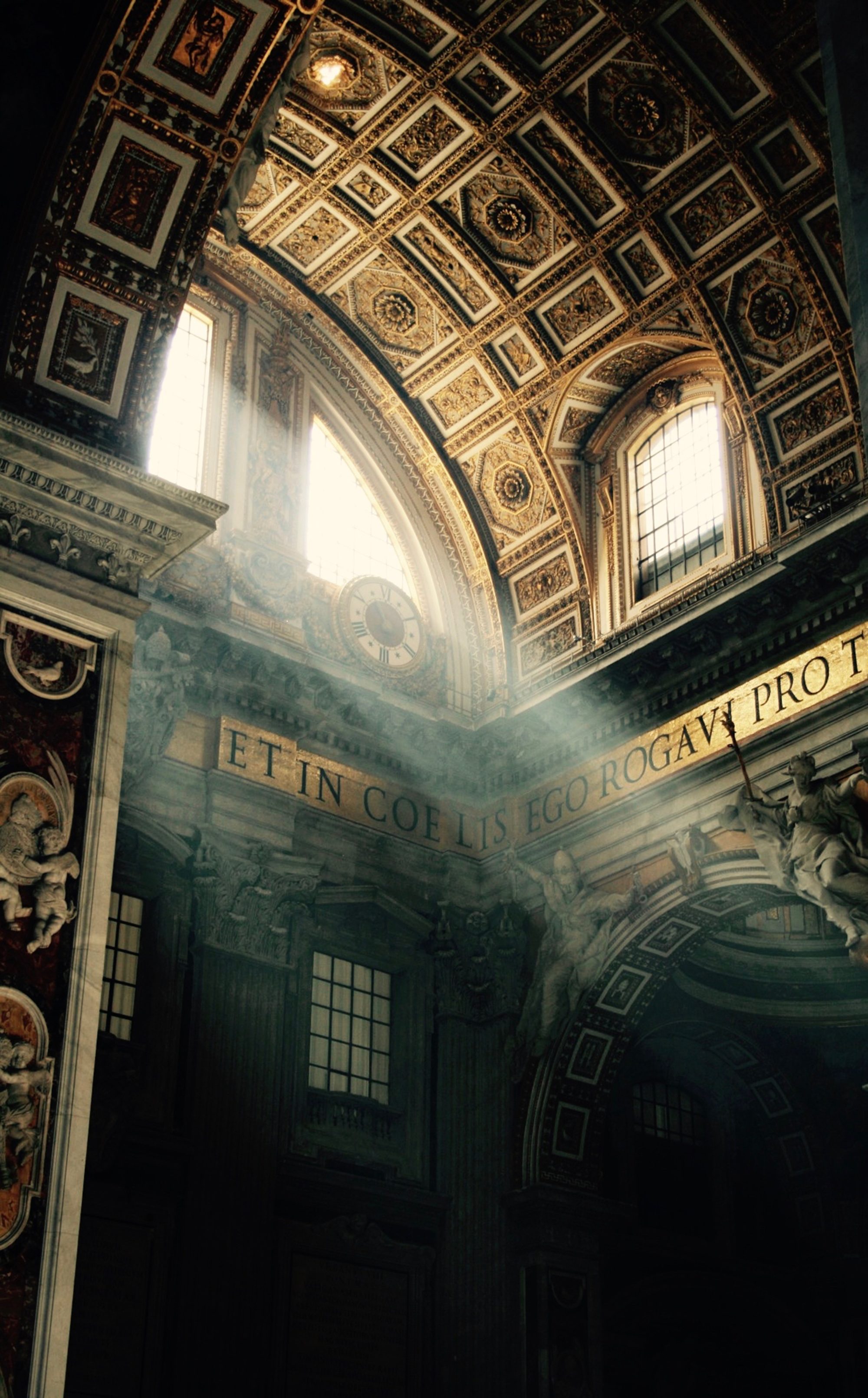 Here in the Diocese of Nashville, dining out can get tricky – especially during the summer months when fifteen million tourists flock to the Music City. Finding just the right, out-of-the-way place before the hordes of our great out-of-town guests find it is a quest. I don’t mean to brag, but, frankly, I’ve gotten pretty good at it.

A Fraternus buddy and fellow Exodus 90 brother and I had just settled into one of my favorite haunts, hidden behind the Cathedral of the Incarnation; when he asked, “Do you think millennials—men of your generation—see the Catholic Church as relevant anymore?” I get asked some form of this question a lot, so I responded without hesitation, “I hope not.” The answer surprised him.

Relevancy appears to be little more than a popularity contest. The men of my generation—the infamous “millennials”—are going to see what they are going to see. The Catholic Church should never feel compelled to be popular, relevant, or hip for them or for any other generation. She has never existed to be cool or culturally germane, and she should really stop trying to pretend she is. Such efforts are actually embarrassing. The truth is, millennials need the Church to be even less popular than she is. “Salt and light” are not always inviting. They are not about acceptance or relevancy in a relativistic world. What they are—what they should be—are the requisite characteristics of the Bride of Christ—the One. Holy. Catholic. Apostolic Church.

Almost 50 years ago a little known professor of dogmatic theology at the University of Tubingen said it well. That professor, Fr. Joseph Ratzinger—later Pope Benedict XVI—said it more beautifully, and perhaps more prophetically, than I ever could:

The future of the Church can and will issue from those whose roots are deep and who live from the pure fullness of their faith. It will not issue from those who accommodate themselves merely to the passing moment or from those who merely criticize others and assume that they themselves are infallible measuring rods; nor will it issue from those who take the easier road, who sidestep the passion of faith . . . The future of the Church, once again as always, will be shaped by saints, by men, that is, whose minds probe deeper than the slogans of the day, who see more than others see, because their lives embrace a wider reality . . . By this daily passion, which alone reveals to a man how many ways he is enslaved by his own ego, by this daily passion and by it alone, a man’s eyes are slowly opened. He sees only to the extent that he has lived and suffered. If today we are scarcely able any longer to become aware of God, that is because we find it so easy to evade ourselves—to flee from the depths of our being by means of the narcotic of some pleasure or other. Thus our own interior depths remain closed to us. If it is true that a man can see only with his heart, then how blind we are! We have no need of a Church that celebrates the cult of action in political prayers. It is utterly superfluous. It will destroy itself. What will remain is the Church of Jesus Christ, the Church that believes in the God who has become man and promises us life beyond death. Let us go a step farther. From the crisis of today the Church of tomorrow will emerge—a Church that has lost much. She will become small and will have to start afresh more or less from the beginning . . . But when the trial of this sifting is past, a great power will flow from a more spiritualized and simplified Church. Men in a totally planned world will find themselves unspeakably lonely. Then, they will discover the little flock of believers as something wholly new. They will discover it as a hope that is meant for them, an answer for which they have always been searching in secret.[1]

If the future Pope Emeritus was correct, and I believe he was, then any attempt to “generationally tune” the Catholic Church will end up looking like what George Weigel calls “lukewarm, pick-and-choose Catholicism” or what Bishop Robert Barron calls “beige Catholicism”. It won’t be genuinely relevant, it won’t be accepted, and it won’t survive.

To be clear, I’m not an “end-of-the-Church-as-we-know-it” kind of guy. I’m not packing my bug-out bag in order to be ready to head to the catacombs, and I would certainly never wish any pain on the Church I love so much. To the contrary, because I love Our Lord and His Church, I pray she will publicly persevere and hold to her Bridegroom’s expectations. That said, it has to be clear to anyone who’s seriously paying attention, that it’s time the Church stopped being concerned with relevancy and acceptance, and once again focused on being authentic and true. At the end of the day, that’s all that really matters; and it’s what this world is crying for.

We millenials have plenty of people defining relevance, and the very act of doing it (even when achieved) is a preparation for obsolescence.  With so much clamor to be seen, what we need is authentic, because the relevant know little of that.  An authenticity born of the Church’s sacrifice—the blood of countless martyrs—will convince far more real men to join the faith than any amateurish attempts at being culturally relevant.  An authenticity that comes from two thousand years of commitment to truth, justice, beauty, and One Lord, one Faith, and one Baptism; that is the unchanging Holy Church of Jesus Christ my generation longs to see and experience.

To paraphrase words from Thomas Woods, if we want young men—or men, in general, as far as I’m concerned—to truly embrace the faith, we have to rise above the herd, declare our independence from a culture that thinks so little of us, and proclaim that we intend to live not as beasts but as men.[2] When we finally embrace this kind of conviction, mark my word, we will see millennial men embrace the Church and her Bridegroom by the millions. I’m praying for that day when enough of us man-up to the world and muster the courage to shout in honor of our Lord and every martyr who ever has sacrificed his life for the Church:

Mark Gliebe was born in Detroit, MI and raised in Richmond, VA, attended Benedictine College Prep and graduated from Virginia Military Institute with a bachelor’s degree in Economics and Business.  Upon graduating, Mark commissioned into the U.S. Army as a 2nd Lieutenant.  After serving 4 years as an Army Officer, Mark relocated to Nashville, TN where he married his wife, DayNa.  Mark is a life-long Catholic continuing to listen to God’s will for his life, active in Fraternus as a Captain, leads young adult bible study and fellowship group in his home parish and him and his wife are active speakers on NFP in the diocesan pre-cana retreat.