There Are No Life Hacks 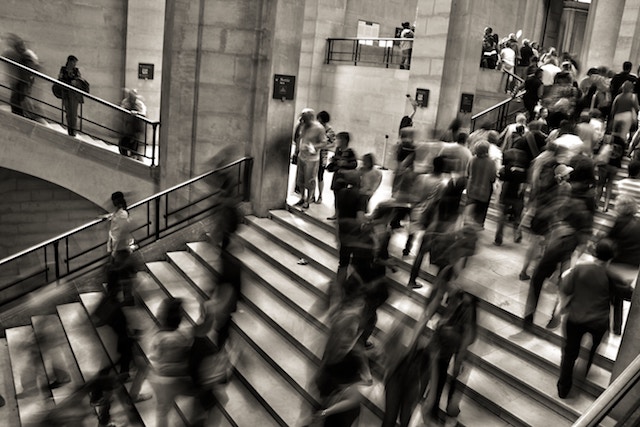 As the modern age was finally settling in to its total domination over the world, small groups of Catholics like G.K. Chesterton and Hillaire Belloc were sounding the alarm that our destruction was imminent.   One of their greatest fears, and the reason so much of their writing was a mystical mix of economic and philosophical theory, was that the immense mass of small beauties like family and village would be absorbed into huge and boring consolidations of thought and power.  They thought it would be either government or business – they could not imagine how those things have merged in our day.

They longed that men would recover a sense for the good life and stop the trek toward cultural homogenization. Commenting on overlooking a village beer-making operation, Belloc felt at home:

And, as I considered the ruin of the great cities and their slime, I felt as though I were in a sort of fortress of virtue and health… And I thought to myself: “Perhaps even before our children are men, these parts which survive from a better order will be acceptable as models, and England will be rebuilt again.”

You see, Chesterton and Belloc believed in man and believed in God.  They believed in the organic wholeness of nature and reality, and that God did what He said He did – He made them good.  They believed that although sin has twisted us into the monsters we know too well in the mirror, that ultimately that which is truly human is good, and that that happiness of man is in being truly human.  And they knew that the unless we understand true economy and the affect it has on the soul, we wont be able to forge happy lives.

They were prophets.  Today our governments and our corporate overlords control almost every moment of our day.  Social media is the place where they monitor and trade us like commodities.  These “free” things are not free because you, the user, are getting something for free.  They’re free because you are the product.  The user is the used.  Companies mine your data, watch your searches, and create algorithms that try to pinpoint the moment when your mindless scrolling becomes a purchase.  Cha-ching!  Got him!   And we know well that governments have compelling reasons to mine, store, and use that data.  But don’t worry; I’m sure they have our best interest in mind.

But what is that interest?  What do we all really want?  If we look at the goals of our overlords, its clear that they are absolute materialists which means all what we need, want, and crave is material comfort and pleasure.  They don’t care about the person or the product – both are just means to make money.  Person and product and interchangeable parts of an economic engine.  And because the technologists in Silicon Valley have so much sway over us, they tend to reduce everything to a well-ordered system or meaningless aesthetic and material.  They don’t think that the world is a created whole that requires humble cultivation – working with it in a harmony and communion as a fellow creature, albeit endowed with a rational soul capable of God.   They don’t think that material things point beyond themselves to metaphysical meaning and fulfillment.  Rather, they think of the world as a complex system that can (and should) be dominated by sheer effort and mastery.

This we hear in language like “life-hacking”.  This refers not to growing in wisdom and virtue in your interaction with the world, but in learning as many small tricks and shortcuts to find the fastest way to material comfort and pleasure.  We respect the 30-year-old millionaire, even if he sold his soul and aborted a small nation on his way there.

But they are wrong, and there are no life-hacks.  There is God, creation, and the submission of the latter to the truth of the former.  Without that, unhappiness is the inevitable outcome.  What we want is not money and pleasure, but happiness.  Everything we do we do to be happy.  The wise today are not the hackers, but the happy ones.  We all want happiness, but if the steady stream of surveys show us anything, we are lonely and unhappy.

I have found the wise tend to be the ones that have re-learned how to be human by receiving reality as it is, cultivating it in simplicity, and learning to give of themselves in love and not amass for themselves in frantic hoarding.  None of that can be taxed or easily traded, so it gets little press.

The way I remind myself of this daily is through praying Psalm 128 with my family each night (its in None of the Little Office).  It begins with the classic beginning of wisdom, “Blessed is the man that fears the Lord… that follows his paths,” and then it lists three ways that the man is blessed by God and made happy:

Thyself shall eat what thy hands have toiled to win; blessed thou art; all good shall be thine.

Thy wife shall be fruitful as a vine, in the heart of thy home,

the children round thy table sturdy as olive-branches.

Let a man serve the Lord, such is the blessing that awaits him.

Its hard for a society like ours to think that hard work and lots of kids will make you happy, but there it is – this is how God wants to bless us.

In short, good work and a fruitful family is your blessing.  Yes, money is necessary, but the error of today is that all of our work and life is a means to get money.  This is an unnatural economy, condemned by the likes of Aristotle and Aquinas.  True economy is related to the management of the household and the meeting of the needs of our neighbor.  Money is a means to enjoy the ends like people, good things, and reasonable comfort.  Today we sacrifice all of those things to get money, because we see all things as potential means to get money.  To grow in wisdom, reverse in your mind and heart that order – money is a means, nothing else.  People are ends, nothing else.  And God is your ultimate end.

This truth in Psalm 128 delights me, because I don’t have to master a system foreign and event violent to my humanity.  I do have to toil, yes, but work in itself has dignity and I like work that has clear ends.  (Making money has no clear end, which is why making it becomes a habit of mind and not just a job.)  I can’t help but recommend some sort of physical labor in your life, especially if most of your work is behind a screen and data – the screen beckons you as an endless torrent of things to do, but physical labor refreshes the mind and body and produces a thing well done.   It ends, and by ending it breaks the cycle of endlessness in a consumerist and media saturated society.

Oh, and in God’s scheme of happiness, I get to make and enjoy lots of children.  That’s sounds like a good life to me.