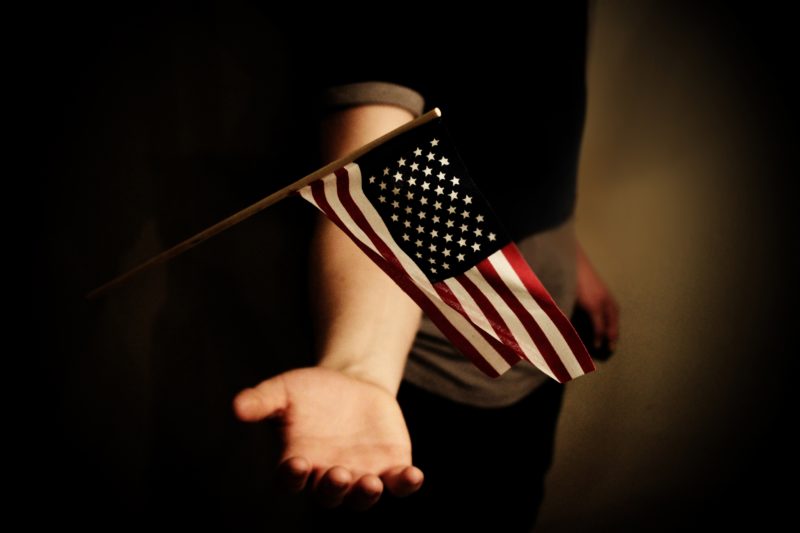 Freedom, as you well know, is at the very heart of the American experiment.  As (more or less) a man “of conservative impulse”—to use the words of Russell Kirk—this central fact of our American political system is of great importance to me.  Moreover, as I have watched freedom come under attack in our nation, I have awakened more and more to its central importance.  The freedom that I so cherish, however, is not one devoid of all restraint—nor, I would add, has it everbeen that in American public life.  I dare say that freedom has never, by Americans of any political stripe, been something to be understood from entirely within a vacuum.  It has always been contextualized and tempered by something external to itself.

Sadly, however, it seems that a not insignificant number of Christian conservatives, both young and old, lean in the direction of seeing liberty as a form of license, as opposed to a gift from God to be tempered by both truth and virtue.  There is, I would argue, a very real irony in this.  For, a genuinely conservative ordering of public life simply cannot exist side by side with this kind of freedom.  If liberty as license reigns supreme, all that conservatives hold dear will inevitably crumble under the weight of the Almighty Hand of Uncle Sam.

To speak of a “virtuous citizenry” as one of the principle tenets of American conservatism admittedly seems strange these days.  This is not, however, to say anything too harsh about conservatives specifically.  The language of virtue, honor, nobility, etc., has effectively been drained from all mainstream political discourse.  Any conservative worth his salt, though, would have to admit, at the very least, that a considerable degree of civic virtue is necessary in order simply for our democratic republic to function as originally intended.  The Founding Fathers, in my understanding, were virtually—if not entirely—in unanimous agreement on this point.  To call oneself a conservative, then, without accepting this presupposition, is meaningless.

Having established, then, that the necessity of a virtuous citizenry is in fact one of the principle tenets of genuine American conservatism, we can now consider how it cannot exist in any real sense when the ideology of liberty as license is the law of the land. And the reason for this is quite simple: positing “respect” for individual autonomy as the highest moral norm does not encourage the responsible and virtuous use of one’s freedom.  On the contrary, it encourages acting however one wants, be it virtuously or unvirtuously, so long as it suites one’s whims—and, as the (disingenuous) saying goes, “so long as it doesn’t hurt anyone else.”  Given that man is fallen and plagued by concupiscence, this leads to all kinds of unvirtuous activity, and consequently the disintegration of this principle tenet of conservatism, which is foundational to all the others.

The Rule of Law:

In his Encyclical Centesimus Annus, written for the centenary of Rerum Novarum, Pope John Paul II gave an articulate description of the principle of the rule of law, which I referenced in a previous article. He said the following:

[I]n one passage of Rerum Novarum he [Pope Leo XIII] presents the organization of society according to three powers—legislative, executive and judicial—something which at the time represented a novelty in Church teaching.  Such an ordering reflects a realistic vision of humankind’s social nature, which calls for legislation capable of protecting the freedom of all.  To that end, it is preferable that each power be balanced by other powers and by other spheres of responsibility which keep it within proper bounds.  This is the principle of the “rule of law”, in which the law is sovereign, and not the arbitrary will of individuals.

The rule of law as presented here is quite obviously a principle tenet of genuine American conservatism.  It is, moreover, the essence of American constitutional conservatism.  But, can the rule of law be upheld under a regime of “liberty as license?”  It seems that it cannot.  For, liberty as license is the antithesis to the structure of the United States constitution.  Take the judiciary, for example.  The judiciary is most certainly not free to interpret the law however it wishes.  Rather, it is bound to interpret the law and adjudicate according to the constitution’s original meaning, and in light of the natural moral law (a controversial position, I know).  Liberty as license is repugnant to this kind of structure, in which law reigns supreme over the individual, and not the other way around—which is why Pope John Paul II implicitly warned (as referenced above) against the sovereignty of “the arbitrary will of individuals.”  Thus, the rule of law, too, most certainly cannot endure in a society in which freedom devoid of all restraint is seen as the highest “virtue.”

Economic freedom is perhaps the most obvious of the fundamental tenets of American conservatism—though many self-described conservatives may not actually believe in it. In any case, economic freedom is a bedrock principle of genuine American conservatism, and (if understood rightly) with good reason. But just as a virtuous citizenry and the rule of law cannot endure with freedom run amok, neither can economic freedom. Why is this so?  To answer that question, we must turn to another question posed by a man much beloved by many conservatives, Alexis de Tocqueville.

“How is it possible,” Tocqueville asks, “that society should not escape destruction if the moral tie is not strengthened in proportion as the political tie is relaxed?” The answer to Tocqueville’s question is quite simple: it is not possible.   It would seem, moreover, that this is especially the case in the sphere of political economy.  If this is true (and I believe it is), what then happens when chaos ensues? As one might expect, the government steps in to set things right.  The political tie, that is, strengthens, as the moral tie is relaxed.  And while this may often be justified initially, it would seem to set us on a slippery slope leading to monstrous government overreach, especially when done at the federal level.  This is why, as nice as it might sound, I’m no big fan of libertarianism.  For, libertarians in general hold to a view of personal freedom that is radically inconsistent with their emphatic love of economic freedom.  But perhaps that’s best left for another article…

Seeing as the ideals of American conservatism cannot coexist with the ideals of the “live and let live” philosophy (when taken to the extreme), what must “men of conservative impulse” (Kirk, The Conservative Mind) do?  The answer is simple: we must be conservative.  That is, we must be counter-cultural and resistant to the zeitgeist, in as much as it is destructive of genuine freedom and human flourishing.  We must do so first and foremost by becoming men of deep faith and virtue, who witness to the beauty of freedom obedient to Truth.  And we are to do so not primarily for the purpose of protecting and defending some political ideal, but more importantly for the purpose of protecting and defending our nation and its people.  In a government “of the people, by the people, [and] for the people,” we are commanded by God to do so.

conservativefreedomlibertylicensevirtue
04 26 2018
Back to all articles