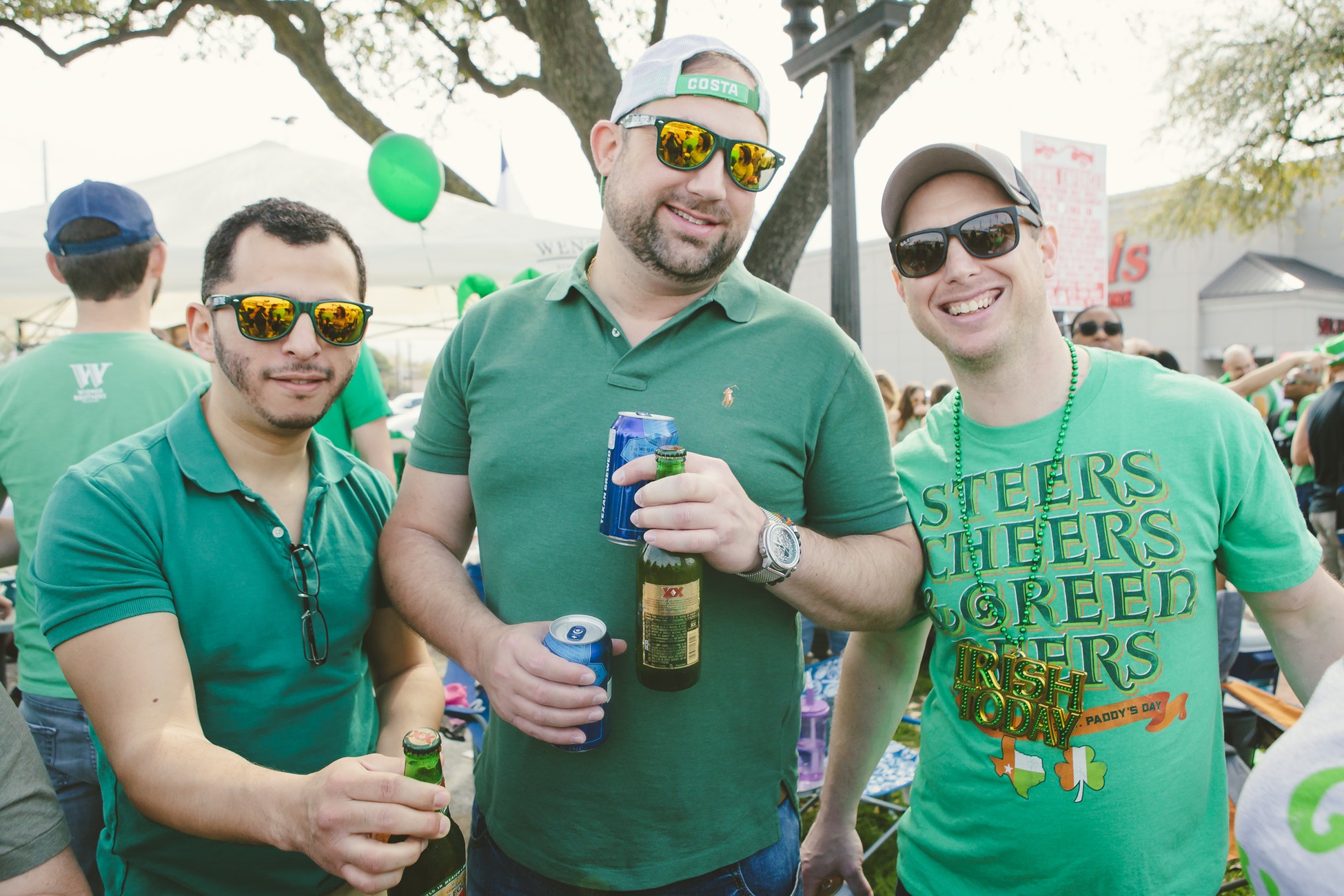 I stood on the corner of Campbell and Market lamenting. I’ve never felt so lonely in my life despite being surrounded by thousands of people including 4 of my children. I probably wasn’t the only native Irishman watching the pretty significantly sized parade go by and perhaps I wasn’t the only one wrestling with myself this morning, but it sure felt like it.

As I stood and watched the constant crowds move around (including clowns and storm troopers… yes, storm troopers), along with all the kilts, I saw green. Green, green and more green. Big ties, shamrocks of all forms and t-shirts with limericks about drinking. The local political party associated with abortion passed by and literally got the biggest cheer of the entire parade on the feast day of the Roman Catholic patron saint of a country. Parents took selfies on the curb with their beer at 10:30am while skillfully cropping their children out and unashamedly took separate selfies with them in their costumes to post on a different form of social media. I saw the world in a different way at that moment. Then I cast my mind back to parades that I’d been a part of growing up unashamedly wearing shamrock on my lapel as a religious symbol having come from serving mass that was as busy as Christmas eve services. I’m not a fan of nostalgia. This post is not a rant about the good old days. Nostalgia clouds the mind and can distract us from the present. It’s the common standard that we look back at the past with nothing rarely anything but rose-tinted glasses on. Everything is perfect in the past at times, even though we know it wasn’t always perfect. But something was different.

SAINT Patrick’s day. The first word is not stressed enough. When did celebrating a feast of the church become synonymous with sin through drunkenness worldwide? We don’t have to abstain or judge others, but how about putting God and evangelization first in the celebration, just like at Christmas? I think it’s perfectly fine to have a beer. I’ve learned a lot from Jared Staudt’s book The Beer Option and attended the retreat of the same name in North Carolina last November hosted by St. Joseph’s Farm. I highly recommend both the book and the retreats and hope it features a repeat session annually.

That morning, however, my identity as an Irishman was realized with a new element. When I received the sacrament of confirmation, I took the name Patrick after this saint, but never truly knowing why. Now I know why. I’m a Catholic Irishman. An element that is becoming more and more diluted daily, especially in my homeland which now boasts the number of abortions it has committed on Twitter since the Constitution was amended. I’m no longer an uninformed man going through life on autopilot. I hope the same can be said for Irish-American Catholics or American Catholics or any Catholics at all. I’m currently on my second journey through Exodus 90 and felt energized in not partaking in this celebration with alcohol for the first time in 25 years. Part of my experience with Exodus 90 has featured beginning my day with the Lorica of St. Patrick. Jose Maria Escriva says “Conquer yourself each day from the very first moment, getting up on the dot, at a set time, without granting a single moment to laziness. If with the help of God, you conquer yourself in the moment, you have accomplished a great deal for the rest of the day. It’s so discouraging to find yourself beaten in the first skirmish.”

Starting my day with this lengthy prayer of Ireland’s patron saint has been tremendous. The prayer attributed to the Welsh boy sold as a slave who bought Christianity to a nation can make you feel practically bulletproof. I encourage you, my brother, Catholic man of any nation, to turn and swim upstream if you haven’t already begun. Take a look around you at your current culture and turn.  “If you’re not swimming upstream; if you’re not one of those guys that’s going against the flow of the tide. If you just let yourself stop, guess where you’re going? You’re going downstream and I promise you that tide is taking you away from God”. That’s a quote from the Fraternus promotional video. I’d encourage you to follow that instruction and do one more thing: read the Lorica of St. Patrick below and incorporate it into your daily prayer at the start of your day to start or maintain your upstream swim.

Brothers! Men of Christ! Let’s get back on course and follow the wisdom of our Father in heaven by remembering the true reason for a holiday celebrated worldwide for a Catholic Saint:

I arise today
Through a mighty strength, the invocation of the Trinity,
Through a belief in the Threeness,
Through confession of the Oneness
Of the Creator of creation.

I arise today
Through the strength of the love of cherubim,
In obedience of angels,
In service of archangels,
In the hope of resurrection to meet with reward,
In the prayers of patriarchs,
In preachings of the apostles,
In faiths of confessors,
In innocence of virgins,
In deeds of righteous men.

I arise today
Through the strength of heaven;
Light of the sun,
Splendor of fire,
Speed of lightning,
Swiftness of the wind,
Depth of the sea,
Stability of the earth,
Firmness of the rock.

I summon today all these powers between me and evil,
Against every cruel merciless power that opposes my body and soul,
Against incantations of false prophets,
Against black laws of pagandom,
Against false laws of heretics,
Against craft of idolatry,
Against spells of women and smiths and wizards,
Against every knowledge that corrupts man’s body and soul.

I arise today
Through a mighty strength, the invocation of the Trinity,
Through a belief in the Threeness,
Through a confession of the Oneness
Of the Creator of creation

Jesus Christ Is in the Real. Not the Digital.