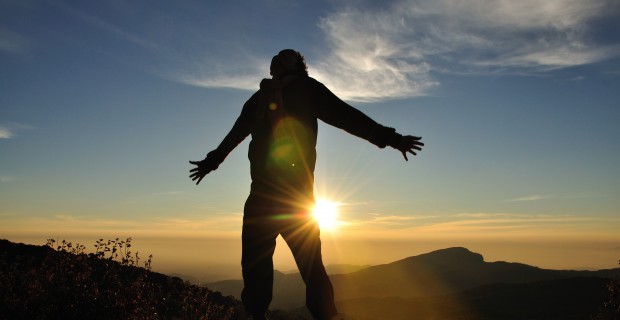 The Audacity of the Christian Claim sought to establish that the fullness of human existence is accessible only to the Christian. But questions remain: how do we live out this call to fullness of life? How is the Christian life different from any other? How do we become men fully alive?

Well let’s look around to see how many Christians seem to be attempting to live the Christian difference. With the Gather hymn book in hand and some ad-libbing they sing: “They Will Know We Are Christian By…”

[While I’ve got the chance, check out Marc Barnes’ brilliant 5 Reasons to Kill Christian Music]

Now, I must confess, I was there once. I wore those cheesy Jesus T’s with Christian messages themed to the logos of Reese’s Peanut-Butter Cups and Coca-Cola. I wore them proudly and considered it “evangelization,” little different from St. Paul in some ancient Grecian city. And then my first day of seminary happened. My college Rector addressed us and, among other things in his opening conferences, denounced these shirts as flippant and disrespectful to the Name of Christ. With that, I was effectively put into my new found New Man place. He made me wish that I had left the shirts and just enjoyed a Reese’s with a Coke on the rocks…

But are our shirts, billboards, and music really what makes us different? In the words of Peggy Lee’s depressing 60’s hit, “Is that all there is?” Let’s look to the tradition for some much-needed guidance on the Christian difference.

A letter to Diognetus is one of the earliest Christian apologetic letters (dating all the way back to 130 A.D.) that speaks to the early Christian’s place in the world. It is as timely for us today as ever.

The letter begins by speaking to the ordinariness of the Christian people: “Christians are indistinguishable from other men either by nationality, language or customs. They do not inhabit separate cities of their own, or speak a stranger dialect, or follow some outlandish way of life.” Learning from our Fathers in the faith, it is clear that it is not merely external affairs that distinguish us. We do not erect separate “Christian” cities, Amish style. [Those who would accuse hermits and cloistered religious brothers and sisters of doing just that must broaden their understanding of Christian community in the Body of Christ.] Nor are we to speak some cliché and cliquish Christian language, with Bible verses thrown out as commonly as “top of the morning” or “buenas tardes.” And the letter goes on: “With regard to dress, food and manner of life in general, they [Christians] follow customs of whatever city they happen to be living in, whether it is Greek or foreign.” Let’s translate this into modern terms we can understand: “Be normal” or “Don’t be weird”. So, my friends, feel free to dress attractively (see Jason Craig’s Style Not Sin), advertise your business on billboards, and listen to Mumford.

Having established their normality, the letter goes on to expose the profound difference of the Christian state: “And yet there is something extraordinary about their lives. They live in their own countries as though they were only passing through…Any country can be their homeland, but for them their homeland, wherever it may be, is a foreign country… They pass their days upon earth, but they are citizens of heaven.”

This, my brothers, is what makes us different. It is not so much a matter of external pomp and circumstance, but of a converted mind and heart. It is to see everything, as the Church Fathers exhort, sub specie aeternitatis (i.e. under the view of eternity). In the face of tragedy and suffering, but also prosperity and health, we are to set our gaze on the world to come. It is to do everything for sake of the Kingdom of God. In the vows we take and in the practical decisions of daily life we make, we are to hold before us the life that is everlasting. Easily said, not so easily done. Most especially considering the modern cliché-ization of Paul’s prophetic exhortation to be in but not of the world (cf. Rm 12:12).

Does this seem abstract? It’s not. Let’s look at an example. What is the difference between a devoutly Christian medical doctor and a non-believing one? Nothing & Everything. When I shoot my eye out, I want an optometrist (perhaps an E.R. first) who will fix me up. I don’t ask to see the beat-up-edness of his Bible (which of course means that it is read) or for the date of the last time he went to Church! I want an excellent doctor, wherever excellence in doctoring can be found. The Christian doctor is not so much a Christian doctor, but a doctor who happens to be Christian. I want him for his excellence, not his faith. Nothing is different. And yet, everything is! The way that the doctor who is Christian goes about his work, his ability to see Christ in me (the wounded), and to accomplish his task of healing for my sake and for love of Christ sets him apart. Why? Because his work is redeemed, it is eternalized. I am not just one damn patient after the next, I am an immortal soul entrusted to his care. And he goes about his work with this in mind. Everything is different. Whoever you are and whatever you do (be you plumber, stockbroker, or priest) the same applies to you! Under the view of eternity, meaning is bestowed on the most mundane matters of our lives.

To live with converted mind and heart, to live under the light of eternity is what makes the Christian life different. This is man fully alive! This is life in abundance! This is our joy complete! But you don’t believe me. Perhaps if you are young, you will appeal to St. Terese’s “littleness” and speak of the inconsequentiality of your life that it is so “small” (as all the kids say these days). Or for you older men, perhaps your experience of the “reality” of life and “that cruel world out there” has stifled your ideals. We must realize the former is not humility (and a distortion of her profound way), and the latter is not wisdom (but cynicism).

We must embrace the audacity of the Christian claim to be men fully alive. Through perpetual reliance upon “grace and choice” (shout out Mumford) we must dare to live in the only fashion worth living, with our gaze set on the world to come. And as the Letter to Diognetus concludes, so do I: “Such is the Christian’s lofty and divinely appointed function, from which he is not permitted to excuse himself.”