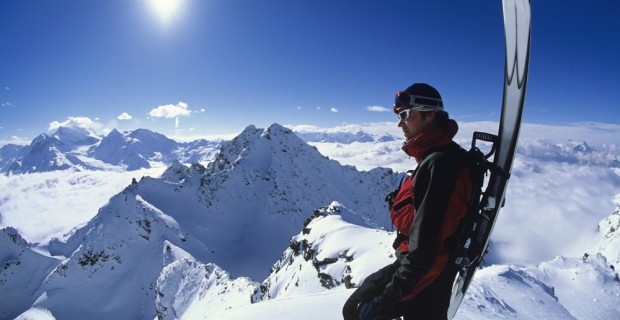 I looked at the map. It was as incomprehensible as my handwriting.

“Somehow from this series of lines, I have to make a decision that will dictate the success and safety of our trip.” I had to decide where we would backcountry ski that day. One wrong decision and we could be swept away by an avalanche. Or even worse – I could lead the group on a death march resulting in a ski run as epic as a bunny hill.

We were staying in a hut of the 10th Mountain Division known as Betty Bear, somewhere off the grid between the old mining towns of Basalt and Leadville, Colorado. Twenty-four of us had hiked six hours several days before in skis, split boards and snowshoes to experience pre-industrial life.

Though the snow was falling, the interior of the hut was a place of warmth. The wood-burning stove, engraved on the side as defiant, was precisely that; defiant against winter, against the unlivable conditions about which we were to venture. In addition to warmth, defiant melted snow allowing us to drink something other than whiskey (or should I say, so that we could drink more whiskey). The quiet morning was awakening to the presence of human interaction, a series of relationships forged in the fire of the suffering ascent climb. But the harshness of winter travel had bore the fruit of leisure. For that reason, the most important place in the hut was the padded seats around defiant. There the group sat; the girls piled on top of each other like a litter of puppies and the guys pretending to watch the snowfall.

I was watching leisure. The hut, stripped of technology and industry, provided an opportunity for a life foreign to modern man. Since the beginning of human history, man has had leisure woven into the fabric of his life. It is only in modernity, an epoch free of so many natural constraints that we find ourselves incapable of leisure. The titanic task of the modern Christian is the restoration of leisure, that which the entire spiritual life is founded upon. As the philosopher Josef Pieper wrote:

Leisure is a form of silence, which is the prerequisite of the apprehension of reality. Leisure is a receptive attitude of mind, a contemplative attitude, and it is not only an occasion but also the capacity for steeping oneself in the whole of creation.[1]

Man is made for leisure. For this reason God calls us to remote places high up in the mountains, gives us the necessary requisite of leisure and gives us a new mission – to apprehend reality. The reality of the other – creation, humanity, divinity – was awaking in the human heart that morning, as if oscillating around the glow of defiant. (See Jason Craig’s article Leisure: The Basis of Manliness for more on the topic).

We traverse mountains and climb to huts in order to apprehend reality. But we do it for another important reason: to ski. Which returns us to the other reality: Where the hell were we going to ski today?

Aristotle says to be slow in deliberation and swift in action. I seem to consistently do the opposite, but in this moment I was an Aristotelian.   All morning I had had the memory of the glades and cliffs across the valley from the hut. I had stared at the maps all morning trying to make out the location. The time came and the decision was made. I punched into the GPS my best-guessed coordinates – 13S.366914.4346748.

After an hour of blind travel through the thickly wooded valley, the GPS device beeped to signify our arrival. At that moment, we stepped out of the trees and beheld our winter playground. The cliff bands that looked so tiny from the hut were in fact the ancient walls of a citadel. Those nice little glades we were going to ski were corniced and well suited for an avalanche training video of what stupid people do before they die. We made for the trees cutting trail in two feet of snow and marveled, comingled with terror, over the magnitude of creation.

13S.366914.4346748 was a place of total vulnerability. It was palpable, as if in the air. Vulnerability means being exposed, that which signifies weakness and powerlessness. For that reason, the heart of vulnerability is fear. But vulnerability is essential to freedom. There is no experience of adventure without exposed risk. Thus we run to the mountains to experience vulnerability, bored of our modern safety and comfort. Only in the wilderness is the heart exposed, endangered, and vulnerable – and reawakened.

The risk, wager, and exposition of those glades and cliffs made for the joy, freedom and play of backcountry skiing. It is likewise with the human heart. The greatest tragedy in humanity is not the wounds of the heart, but the inability to render them vulnerable. It was to this that Rainier Rilke wrote in his poem Exposed on the Cliffs of the Heart:

Exposed on the cliffs of the heart. Look, how tiny down there,

Look: the last village of words and, higher,

(but how tiny) still one last

farmhouse of feeling. Can you see it?

Exposed on the cliffs of the heart. Stoneground

under your hands. Even here, though,

something can bloom; on a silent cliff-edge

an unknowing plant blooms, singing, into the air.

But the one who knows? Ah, he began to know

and is quiet now, exposed on the cliffs of the heart.

While, with their full awareness,

or linger. And the great sheltered birds flies, slowly

circling, around the peak’s pure denial. – But

without a shelter, here on the cliffs of the heart…

Every person experiences life as exposed and without shelter. But it is in Christ that the God-man forsakes the temptations to medicate or escape, and embraces life of the cliff of the heart. The Christian worldview, rooted in the Incarnate Word, offers the most eloquent response to the question of the human heart; it says let it be vulnerable. Understood as a virtue, vulnerability could thus be considered a form of humility. In fact, let us define it as the exercise of humility in the realm of inter-subjectivity. Vulnerability is interpersonal humility.

Humility, the foundation of faith, is not merely the absence of pride; it is the authentic response to reality. In this way, the vulnerability of the cliffs is connected to the leisure of the huts; they are only possibilities of the humble heart. Leisure renders true vulnerability and vulnerability deepens the experience of leisure. Interpersonal love, the key to existence in Christ, is a confluence of these two realities, both of which are impossible without humility.

The great temptation of every age is to relate to God without existential vulnerability. To offer prayers to God, to appease or appeal without the disclosure of that which is most fearful, is to fabricate a spiritual life tailored to ones ego. The Holy Trinity is the perfection of vulnerable love, where nothing is hidden and all participates in all. The invitation of the Christian life is to participate in this perfection of vulnerability, by which the perfection of ones life is attained. God become vulnerable in the descent of the Incarnation; the more we cling to his humility, the more we will be drawn into his very life ourselves.

Returning home to the hut, I saw the map lying on the table. I saw in its lines the defined contours of the surrounding terrain. That map is no different than the human heart, with its defined contours of the spiritual life. In this life, we can only read maps for so long, then its time to go ski. But we are not leading ourselves in the wilderness. As Fr. Tom King once said to a college student named Ray Gawronski: As Christians we don’t know where we are going, but we know the Way.

humanityhumilityleisurePieperRilkeskiing
01 / 12 / 2015
Back to all articles

Wise Men Look at the Stars