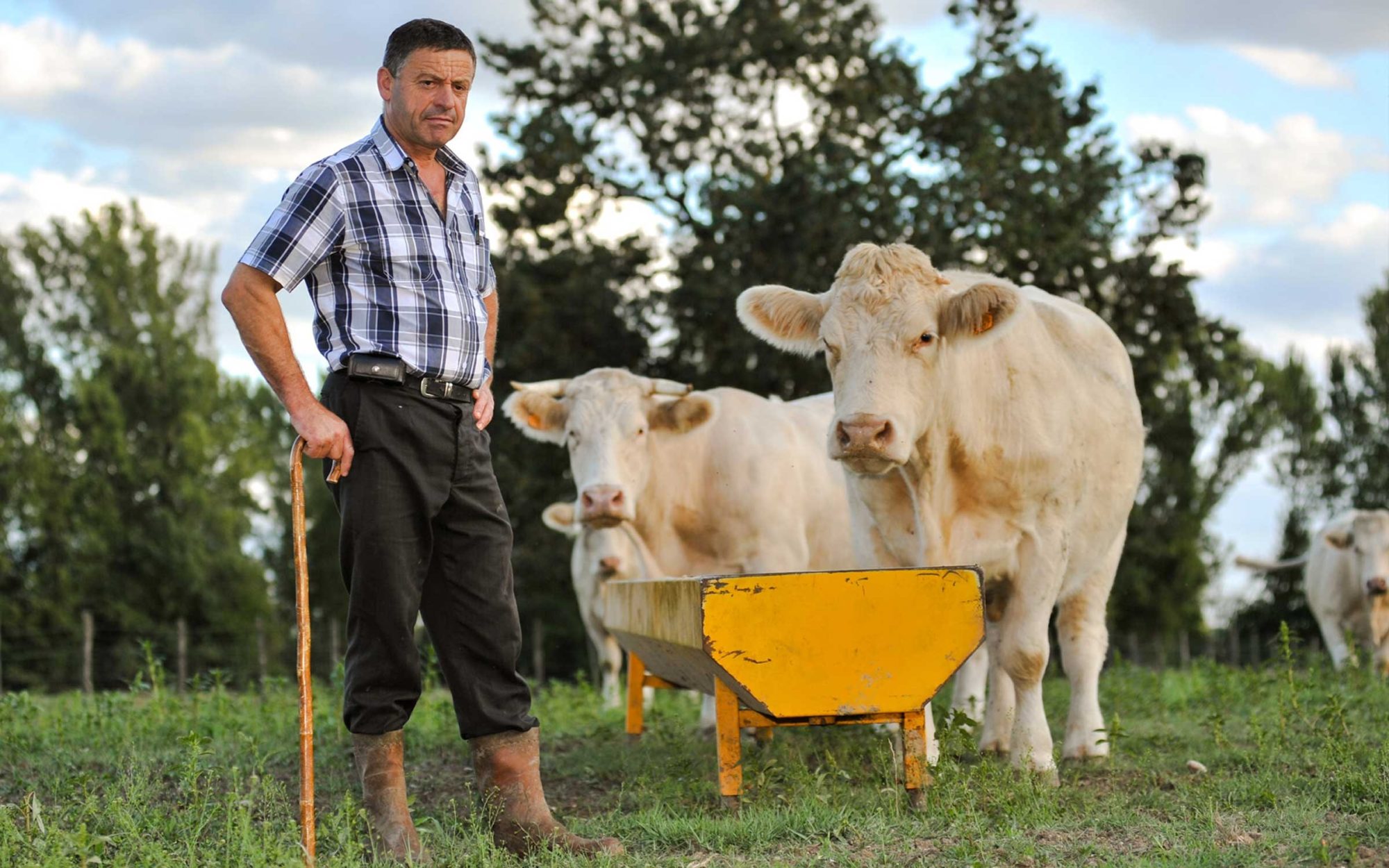 Wendell Berry’s novel Hannah Coulter watches the breakdown of an agrarian culture through the novel’s namesake.  Hannah Coulter knows waves of life take us where we weren’t expecting, yet she knows too that as man drifts from life sustained on the land to life sustained by specialization and mechanization he drifts away from something he needs more than efficient income.

Hannah’s son Caleb does not fully embrace farming, yet stays close to it by becoming a college professor of “agricultural sciences”.  He returns to the farm frequently, but is mostly devoted to abstracted research.  He holds farming as a memory, yet something slips away as the skill and habit slips away.  He marries late, marrying a successful banker who Hannah likes, but she knows in her heart that her son has failed to make his journey to be a man because he does not provide for a robust home directly.  He is less than his father was, and it seems everyone knows it – even Caleb.  He is a consumer and a specialist and is now a sort of pet in society through his new wife, and his farming memory is an amusing value-add.  Hannah reflects:

[The new wife, Alice,] comes here with Caleb on his visits, but not often.  And sometimes she says things to the effect of you can take the boy out of the country but you can’t take the country out of the boy, which I don’t like.  I gather that with her and their circle of friends, Caleb enjoys the reputation of being a country boy.  He is Alice’s boy.  They have no children.[1]

Men benefit from a clear and meaningful use of their strength.  To be a boy is to grow into your strength, to be a young man is to test its rigor and limits, and to be a man is to apply that strength to the life-giving duties of a father.  Yes, particular gifts and crafts associated with one’s main work are cultivated more, but a man is freer when he has a reasonable ability to provide directly for his and his family’s needs by the work of his hands.  And while the farmer is the best image because of the vast diversity of needed skills, any ability to endure and employ skill and certain cunning within one’s surroundings is praiseworthy – it situates you within reality itself.  I might dare to say that basic skillsets make a father more of a man, because to be a man is to be a father and to be a father is to provide for the needs of your family, and doing so directly and with integration is better than abstracted “income”.

In Berry’s collection of essays called The Unsettling of America: Culture & Agriculture, he notes accurately that the more specialized our work becomes, the less diverse we are in our skills.  “The specialist system fails from a personal point of view,” Berry claims, “because a person who can do only one thing can do virtually nothing for himself.”  While we may relinquish our the ability to build, create, grow, and make things as we focus exclusively on particular “fields” and skills, we don’t – can’t – relinquish the actual needs for those things.  So, in essence, the tendency toward specialization is the tendency toward becoming consumers – if you can’t do it or make it you have to pay someone else to.  You have no choice but to consume the creation of others.

Irish writer John Waters points out that as the value and presence of physical labor disappeared in the last century, consuming actually replaced skill as something to boast:

In the new dispensation, consumption supplanted personal creativity as the measure of identity.  In the old order, a man trained as a carpenter was more than a man… Now, identity could be purchased rather than earned: What you lost in human dignity and self-realization in the rat race, you bought back in the boutiques or the motor showroom.[2]

In other words, we no longer are measured by the skill of our craft but by our ability to purchase the craftsmanship of another, and, in fact, we valued the ability to purchase over the ability to make.  I think this tendency is reversing as we collectively realize the need to re-humanize our world.  This is why the move toward “artisan” and “handmade” is more valued today, and “self-sufficiency” is a treasured ideal many desire even if they don’t know the path there.

Of course to a certain extent specialization is what a healthy economy does – certain people excel in certain areas and are able to provide a service that others need and provide a primary income for the family.  I know how to paint a house, but I paid someone recently to do it because my time was simply at its limits and that’s something he can do fast and well.  He’s also my neighbor and I am happy to put money in his pocket for a job well done.  Yet, it is precisely in having some relationship to and skill for the actual provisions and needs of a home that brings freedom.  I was free to choose to pay him, not totally limited to it.

The greatest freedom comes because one can choose between the good of, say, paying the painter or painting the house oneself.  This is not unlimited, since there are many more things I cannot do than things I can, but I can speak from experience that each thing I can do makes me feel more free.  According to Berry, this freedom through ability actually frees me from being a consumer at all, because I can’t be made to purchase or use products and services:

Out of his own resources and skills, [a man] must be equal to some of his own needs.  The household that prepares its own meals in its own kitchen with some intelligent regard for nutritional value, and thus depends on the grocer only for selected raw materials, exercises an influence on the food industry that reaches from the store all the way back to the seedsman.  The household that produces some or all of its own food will have a proportionately greater influence.  The household that can provide some of its own pleasures will not be helplessly dependent on the entertainment industry, will influence it by not being helplessly dependent on it, and will not support it thoughtlessly out of boredom.[3]

Without some “intelligent regard” for making our own food, we could only accept the prepackaged food of the powers that be.  Having regard for it, however, does not make us passive consumers but free customers.

The worst outcome of the trend toward specialization is that giant companies gobble up market share (for the sake of money, not the things made) and controls the production and delivery of the goods we need.  Being unable to “compete” with them through doing or making or doing it ourselves, a man is reduced to, as Berry puts it, “the negativity of his complaint.”[4]  He is a consumer and can only complain about the products he consumes – he cannot change his status as a consumer or actually change the product.  In other words, because you can’t do anything for yourself, the only power you have is to leave negative feedback about a product.  Just think about the sad “power” of leaving feedback on Amazon.  That’s all we have.  And that’s sad.

If the strength of a man is directed toward work, and that work is directed toward providing for a family, then this drift away from being able to be able is a sort of emasculation.  Consumerism, then, is a form of emasculation, or at least it requires it.  Men consume because they cannot do and what they do they do to consume.  They can’t cultivate the world around them to fit their needs, but can only try to purchase themselves out of boredom and stress and hunger.  The anxiety of modern man then is reasonable.  He is helpless and at the mercy of those that sell, control, or hand out his sustenance.  Servility comes naturally with a sense of anxiety – for good reason.

Am I saying that every job we have is specialized and therefore we should abandon it and homestead?  No, that is unrealistic for most men, and not necessarily the answer nor the point.  And there is nothing wrong with particularity in our work.  Wendell Berry, after all, is a writer before he is a farmer.  But, and here’s where we can learn from him, he is free to be both.

But, any skill or craft that you do have… cherish it.  Use it.  Teach it to your children as a means of connection and a way to free them from being denatured consumers.  Do not shrink back in fear or just complain (in the comments) that you have no skill and are therefore, according to me, you are doomed to being less than a man or are currently less manly.  Just setting out to learn one new skill would reverse the idea.  It would make you free, and you are free to do that.

The freedom is in that act, that “being equal” to some of your own needs (not all), immediately makes you a customer of the markets, but not a helpless consumer.  Customers can walk away.  Consumers can only whine and ask for more of what they cannot provide themselves, like a child.  And, as your skill is employed for the good of the other, you grow in manliness because you become like God, the creating and life giving Father.