Of Hogs and Brothers in Christ: An Exodus Reflection 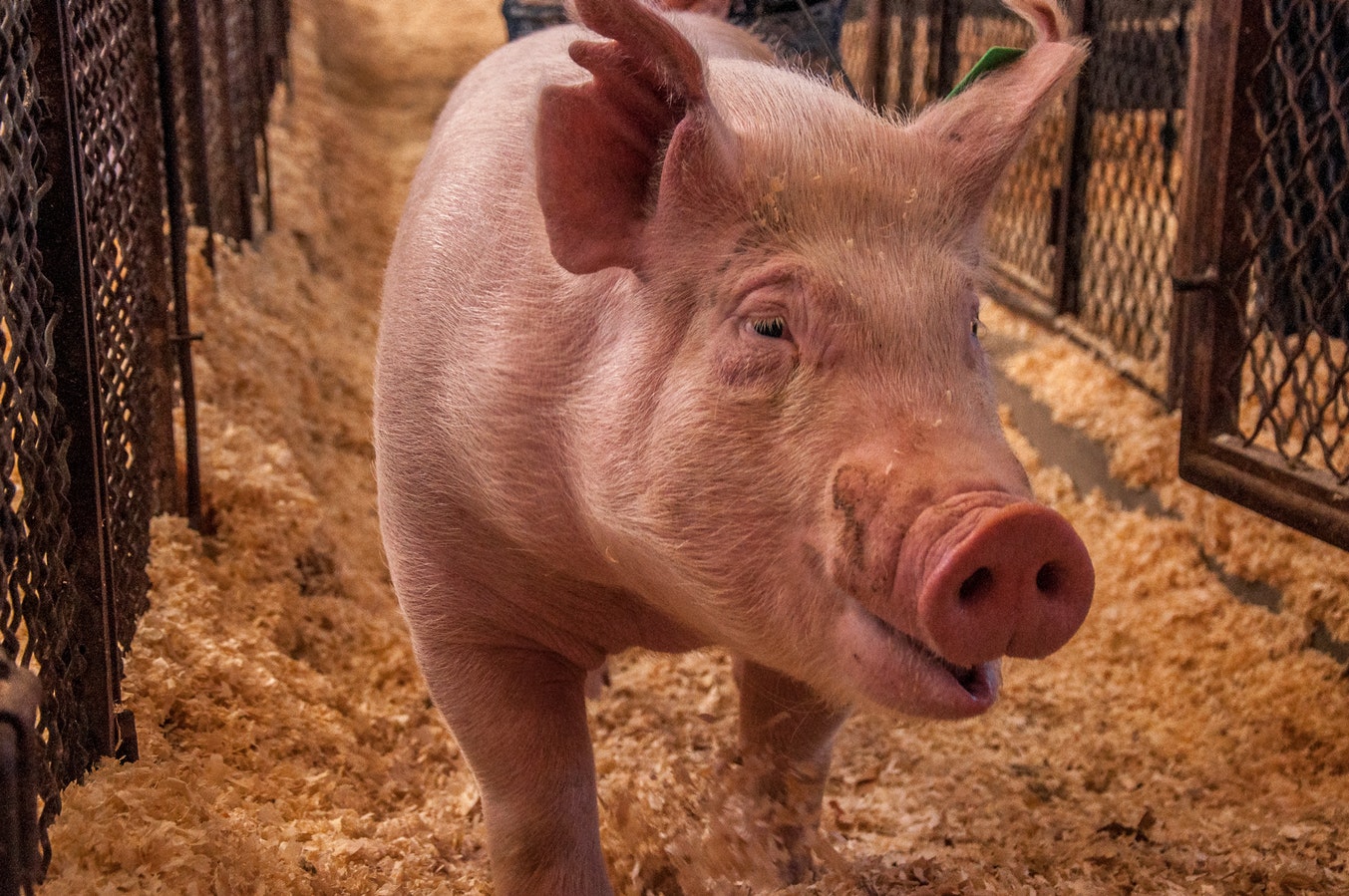 Some years ago, before my wife and I converted to Roman Catholicism, I was a young pastor of a small, rural Pentecostal church in north central Indiana. My congregation was almost entirely comprised of farmers, mill workers, and their families. My most prominent parishioner was a somewhat gregarious old hog farmer by the name of Ben Wagner. In Ben’s own words, he “took a liking to me” the very first Sunday that we met and he considered it his Christian duty to “whup you into understanding the way folks think and work around here.”  And that he did, which was why one sunny June morning I found myself steering my 1967 International Harvester pickup truck down a dusty gravel road toward Ben’s 500-acre hog farm.

Excuse me for waxing nostalgic, but those were much simpler days. America was a prouder country than today. Only nine years earlier (with all due respect to Seth Curry), we had landed on the moon, we were out of Viet Nam, two unknown geeks named Jobs and Wayne were advertising in Popular Mechanics magazine some crazy gizmo called an “Apple 1” kit for $666.00, and GPS still only stood for “God’s Plan of Salvation”. But I didn’t need Siri to lead me to Ben’s farm that day; I only needed my nose.

Ben’s brilliant idea of showing me how “honest folk make a living” (I chose to discount the inference of my profession) was by starting at the bottom – the very bottom. Ben welcomed me upon my arrival, motioned to some thick rubber boots and gloves resting against his John Deere, pointed to an immense one-story pole barn, and said, “Times a wasting!” I looked at my wristwatch. I was only two minutes late for our meeting. He immediately escorted into an overwhelming olfactory experience of an enclosed hog barn. Ben rolled a large wagon to an empty, filthy pen and simply said, “Let’s go.” And that we did, without a break, all that morning. I shoveled what was on the floor until I thought my arms would drop off. But I refused to let myself waver. 72-year-old Ben was not going show me up. As I look back, I think that was exactly what Ben was counting on.

My whole reason for recounting this story is because I would like to convey the words of wisdom Ben bestowed upon me that hot June day during our lunch break (Ben ate… I watched while attempting to recover from my morning-long nausea). Ben told me the standard of success in the vocation of hog raising, which is, “A pound of feed for a pound of gain.” I have never forgotten those words of wisdom. If you want to make it as a hog farmer, you need to run such a tight operation that for the 20¢ you pay for the pound of feed, you’ll gain $1 per pound for your butchered hog. What a brilliantly simple way to approach life. It makes all the real and symbolic scoop shovels, rubber boots and gloves in life entirely worthwhile!

Which, believe it or not, brings me forward forty years to today and Exodus 90. The term is “gain on investment.” Simply asked, does one get something significantly greater out of Exodus 90 than one put into it? I’m no longer a Pentecostal pastor. My wife and I converted to Roman Catholicism in 1989, and I have been a layman ever since. By profession, I am now what is mysteriously called a “consultant.” For some crazy reason, for the past thirty-odd years, people have paid me to give them my advice. Wearing my consultant’s hat, my answer to the question of whether or not one gets great gain from investing ninety days into the spiritual and physical challenges of Exodus 90 is simply, “that depends.” I have been through Exodus 90 twice and unambiguously profess that I have at least, if not much more, got more than a dollar’s worth of spiritual and relational gain for every pound of flesh that I invested. Others might not be so positive. But, you may ask, what is the “that depends” of Exodus 90? I can tell you in two simple words – your brothers.

As wise as my friend Ben was, he was preceded and somewhat outdone more than a couple of millennia earlier when a non-hog-raising gentleman by the name of Aristotle observed in his Metaphysics, “In the case of all things which have several parts and in which the totality is not, as it were, a mere heap, but the whole is something beside the parts, there is a cause.” In other words, if we’re not talking about a pile of hog feed, but instead, a group of men in some form of commitment together, the whole of them is something different than the simple sum of their parts. Today, as Roman Catholic Christians living in the aftermath of the explosion we call the “Incarnation,” we realize through the Holy Spirit the “something different” is the Body of Christ. If we practice Exodus 90 truly as brothers with all of the encumbrances of commitment and accountability and caring, we have unimaginable gain – we gain “Christ with us” (Col. 1:27).

So, you ask me, was Exodus 90 worth it? My answer is simple. Yeah. You need to meet my brothers.

Marty Doucette and his wife of fifty years are residents of Indianapolis, IN. He is a consultant and a writer. He is a layman in the Catholic Church and a former Pentecostal pastor and a Presbyter of the Evangelical Orthodox Church. He was interviewed about his conversion to Christianity as a Protestant, his Orthodox priesthood and his conversion to Roman Catholicism by Marcus Grodi on the Coming Home Network. To view his conversion story, go to EWTN and search for “Marty Doucette.”

Novena for the Abuse Crisis