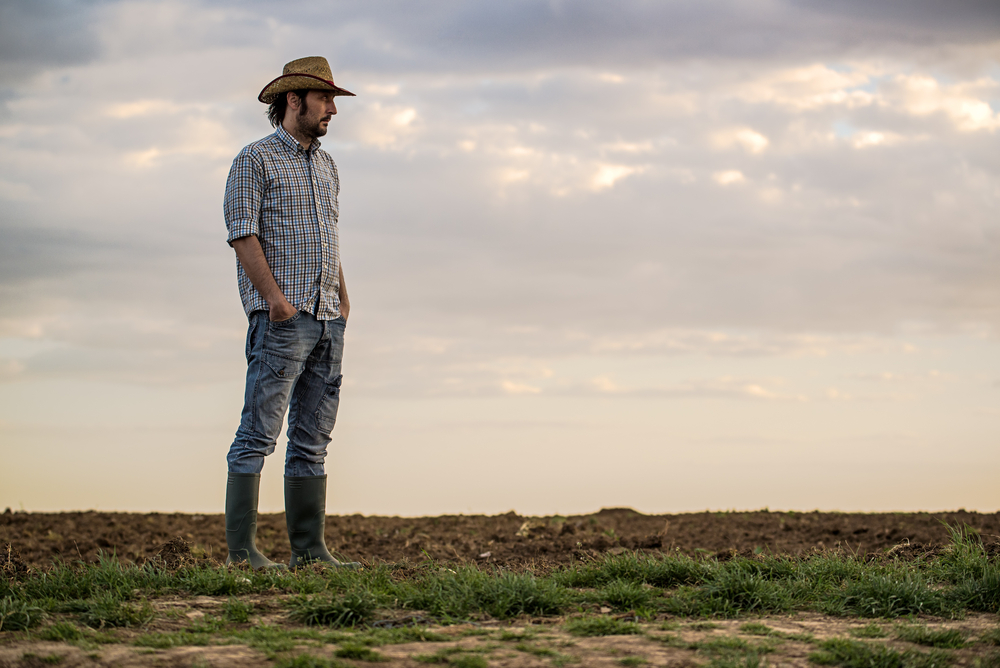 “And Jesus, full of the Holy Spirit, returned from the Jordan, and was led by the Spirit for forty days in the wilderness, tempted by the devil… The devil said to him, ‘If you are the Son of God…’” (Lk. 4:1-3)

“If you are the Son of God…” Those words must have had some real force behind them if they were the beginning of Jesus’ temptation. Upon further reflection, those words also have the same tone and rhythm as the words of the serpent in the Garden of Eden. Consider the temptation of Adam and Eve, “But the serpent said to the woman, ‘You will not die. For God knows that when you eat of it your eyes will be opened, and you will be like God.’” (Gen. 3:4-5) Ultimately, Adam failed to keep the garden. Remember God’s mission for Adam, “The Lord God took the man and put him in the Garden of Eden to till it and keep it.” (Gen. 2:15) The serpent broke into the garden and lied to Adam’s wife. Ever since this first lapse, men have particularly struggled with the haunting doubt that we are not good enough to keep the garden. Many men are terrified that they don’t have what it takes to serve and protect their family, friends, and community.

But the amazing grace of this past holiday season was that I was detached enough from my family and from my emotions that I began to see a pattern in my conversations with my dad in particular. Throughout my life, almost every time I had been frustrated with my dad it was because I perceived that he was either explicitly or implicitly doubting my ability to do the task at hand. I got angry when I felt like my dad was questioning if I was man enough for the job; whether it was cars, or relationships, or work, or vocation. The question that threw me off interiorly was the same question that the devil asked Jesus at the beginning of his temptation, “If you are the Son of God…” Do you really have what it takes?

The devil is called the father of lies and that is exactly what starts every temptation; a lie. My dad does not truly doubt my abilities to be responsible, and to make the right decision at the right time, but the devil uses a misplaced word or some non-verbal communication to tempt me to doubt whether I am enough. First, being able to recognize the lie is very important. We, as men, need to acknowledge our failures in the garden of our own souls. That is, we need to recognize where we have allowed the serpent to breech the walls, and to sneak in a lie about who we are as sons of our fathers and sons of God through our Baptism.

Finally, to complete this wonderful grace of discernment that I experienced this past Christmas, I was inspired to use one of my favorite tools in my spiritual tool-box; renunciation. I caught the serpent trying to steal my inner peace by tempting me to question whether I was man enough. Then I simply and prayerfully, in the name of Jesus, renounced the lie that I had perceived in the words exchanged with my dad. I commanded that lie to leave me, and I was at peace.

Then the next day, I calmly and reasonably shared my perception with my dad and we cleared up the smoke, and I came to a deeper understanding of my dad’s love for me. That was much better than blowing up at him emotionally, because of a stupid little lie. We’re all called to defend the garden (of our own souls, of our family), just like Adam, but we can’t do it without the New Adam. In his temptations in the desert Jesus catches the devil in all of his lies by responding with the truth about his identity as the Son of God. “And Jesus answered him, ‘It is said, ‘You shall not tempt the Lord your God.’’ And when the devil had ended every temptation he departed from him…” (Lk. 4:12-13) We must grow spiritually to learn how to detect lies, to renounce them in the name of Jesus, and to command them to leave.