Give the Gift of Freedom This Christmas Season: EXODUS 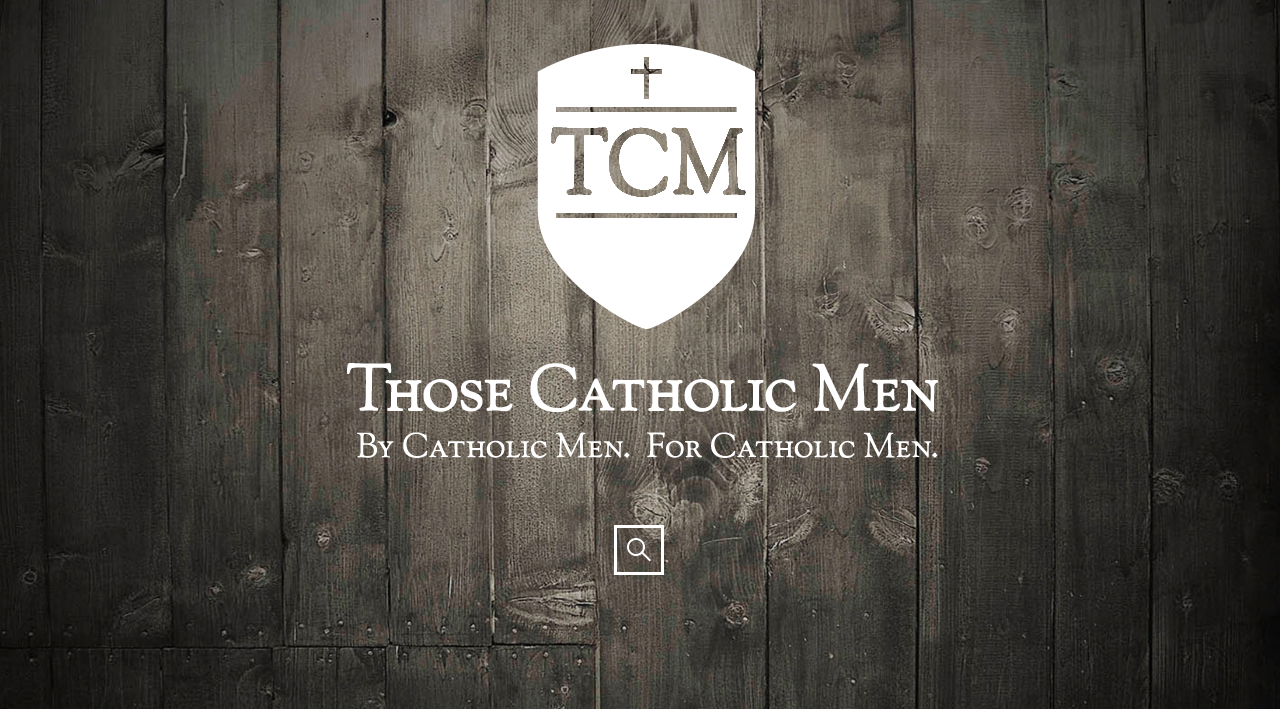 Today we are celebrating the second anniversary of the launch of ThoseCatholicMen.com! For two years now, Those Catholic Men has delivered content to inspire you in your vocation as sons, husbands, and fathers. And here we stand at a crossroads!

It’s time to move beyond the media sphere alone, which has its limitations, and into the flesh-and-blood lives of Catholic men. Blog posts alone do not bring about lasting conversion – bands of brothers do. And we need your help to make it happen.

This January, we are launching EXODUS: https://www.gofundme.com/TCMEXODUS.

The mission of EXODUS is to give men back their freedom. Freedom FROM addictions to pornography, technology, and worldly attachments; freedom FOR our God, wives, children, and parishes. It’s easy to be members of Catholic men’s groups and all the while to be enslaved to sins of the flesh and worldly allurements. It’s very hard to be free. And this is what EXODUS restores.

EXODUS consists of a team of 4-8 men, accompanied (if possible) by a spiritual director, that meets 1 to 3 times a week for accountability and support and, most importantly, solidarity. Every participant in EXODUS has emphatically confirmed that the fraternal bonds that kept the men together and moving forward for 90 days was the key to his success. Fraternity, like prayer, cannot be compromised. Men develop sexual addiction in the darkness of loneliness: for years believing that he alone struggles miserably – like a slave to a wicked master. Surprised though he is, he finds his brothers suffer a shared plight. Together, as brothers united in “dour combat,” they can help one another overcome sexual addiction or any other obstacle. Thus, man makes man.

In order to battle pornography, be detached from the world, grow in holiness, love more fully, and have more meaningful relationships, men need freedom. There is no trick to growing in freedom; it is difficult and is only realized by paradoxically surrendering to God. Today, it can be said, men are actually afraid of asceticism, a dying to the self or a dying to the passions. Spiritual perfection really belongs to God; however, unless we empty ourselves of the many cheap distractions that keep us slothful and lethargic, spiritual perfection will never happen.

The Jewish people spent 40 years in the desert to earn their freedom, all it takes is 90 days for a man to earn back his. The 90-day benchmark is not an arbitrary number; it is a period of apprenticeship whereby a man can re-learn the joy and satisfaction of self-mastery and revered freedom. And the sciences support this claim: “…researchers have found that it takes about 90 days – the length of many rehabilitation models, including AA – for the brain to ‘reset’ itself. A Yale University study found that after an addict has abstained for at least 90 days, the brain gradually returns to its natural decision-making and analytical functions” (All in Our Heads: How the Brain Creates Addiction; O’Dell, Meghan).

We want to bring EXODUS to ThoseCatholicMen.com by the first week of January in time for your New Year’s resolutions. But, we need your help to make it happen during this Octave of Christmas: Spread the word. Consider forming an EXODUS fraternity. Visit and share our GoFundMe page. Make a gift. We need $7,800 to make it happen.

Your gift to the EXODUS project will set men free: https://www.gofundme.com/TCMEXODUS.

When Exactly Did The Church Begin?