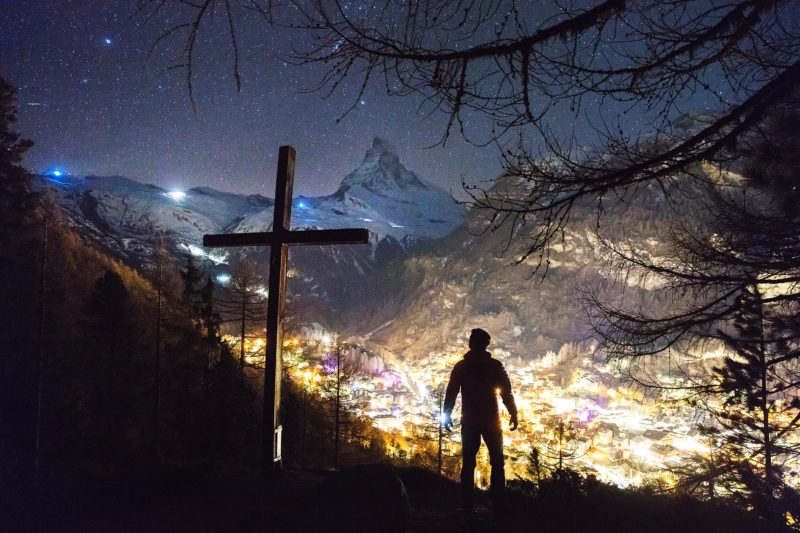 In the ecclesial tumult of the last 5 decades or so, Rome has been a firm touchstone for truth. Through the Papacies of St. John Paul II and Benedict XVI, there was a keen desire to bring clarity to confusion, and in official pronouncements Rome brought unity by clarifying confusion.  But today, instead of being the final word of clarity that ends controversy, Rome itself is the source of confusion.  Whatever your opinion on this, the effect is a weakening of the witness needed for evangelization.

I am certain that there are those that think I am eager to criticize Francis.  I’m not.  In fact, my point here is not even to wade into the controversies around our current Pope.  His calls for care of the poor, love for the marginalized, and even tenderness toward our common home is good balm for us.  I am merely pointing out the obvious and the palpable sense of Catholics on the ground.  Something is crumbling in plain sight.  The controversies are real, appear to be worth it, and are very public. From my experience working close to the Church for a decade, and following closely the sources of the “proposals” being argued about in the Church, the controversies have not come from swelling popular demand, but from leading prelates from countries with hemorrhaging Catholic populations (Germany for some inexplicable reason having large sway).

And because the fight is public and is about doctrine (even if some claim it is only about “practice”), it is having the effect of eroding the Catholicity – the universality – of the Church, and is making evangelization more difficult.  In a recent speech, Fr. Weinandy, former lead doctrinal advisor for the USCCB, has quoted St. Ignatius who said the “supreme present expression” of the Church is unity.  To be baptized into Christ is to be baptized into his Body.  To commit a mortal sin or to be excommunicated is to be severed from that Body, which shows us how important unity is.  The danger of division is damnation.

Broadly speaking, division scatters the sheep.  Because our fathers (the bishops) are scattered in their thinking and public pronouncements, the sheep are scattering, or at best being confused or scandalized.  “We are presently witnessing the disintegration of the Church’s catholicity,” Weinandy said in the same speech mentioned above, “for local churches, both on the diocesan and national level, are often interpreting doctrinal norms and moral precepts in various conflicting and contradictory ways.”  The squishiness of doctrine and unity is coming at a terrible time, because if we could stand as if we’re standing on a rock and not sand, the witness would be in contradiction to the world’s lack of meaningful belonging.  Unified, the Church is a sign to the nations.  But when divided the Church loses it’s own inner strength and is a weaker witness.

Our awareness is growing that hyper individualism and atomization as a society is at the heart of our post-modern miseries.  Loneliness is killing us, literally, and the false tonic of social media makes it worse.

Our specific society in America is admitting we have nothing that binds us as a people.  As Supreme Court Justice Clarence Thomas said in a rare public interview, “I don’t know what we have in common anymore.”  We’re not bound anymore by common or traditional life that unites us, we can only unify by clicking “like” on the same things, which is shallow, banal, and too easy to create meaningful culture.  Bonds and cultures are created by natural human needs and sacrificially living for others, not voluntarily chosen amusements that happen to match up.

What this means is that the Church, in her essence, is uniquely positioned as a real thing to answer the greatest need of our day – belonging.  And this is not just some “community” formed by a shared victim-cause, but an actual and salvific belonging – the one all others foreshadowed or imitated.  Marriage, as powerful of a witness as it is, will one day end.  The brotherly love and bond of the Church will not.  The Church is a perfect society that reaches the greatest end possible – salvation.  We actually belong to one another, and this is a theological certainty that ought to be expressed more and more.  You cannot be a saved loner.

The fraternal order of bishops and priests is a witness to this belonging.  They are a consecrated fraternity, one whose unity in mission and heart is a witness and counteraction to the fratricidal character of a fallen world.  The Bishops of Vatican II, in a rare message “to all men” (not just the faithful or the clergy) during the opening days of the council, pointed to their own fraternal bond as a witness to the broader fraternity of mankind:

For this reason, in performing our earthly mission, we take into great account all that pertains to the dignity of man and all that contributes toward the real brotherhood of nations. … Is not this conciliar assembly — admirable for its diversity of races, nations and tongues — a testimony of a community bound by fraternal love which it bears as a visible sign? … We proclaim that all men are brothers, irrespective of the race or nation to which they belong.

We know that even then there was disunity in areas, but as of yet that was an inner problem not yet brought to term.  In public word and deed the clergy were a powerful a sign of unity, not mere coexistence.

But we’re losing the credibility of unity, and its not because Sam Harris has a new book.  Prior to Francis there was an understood “truce”, as Ross Douhat has put it, about the fact that the Church taught officially one thing but liberal clergy did another – the “tension between doctrine and practice.”  Today it is clear we are experiencing the end to that truce and the call for all sorts of “paradigm shifts” in doctrine, which is code word for change.  I don’t fear a collapse of the truth (that’s impossible), but a collapse of unity and an eclipse of the Gospel’s liberating force.  It’s not that the foundation of truth can be anything than what it is, but at least we can say that the public discord amongst the bishops is making knees wobbly, truth hard to discern and defend, and the stable force of the Church appears to be just one more malleable blob we can follow or reject wistfully.

Tinker with the mass, fudge a law, “nuance” a doctrine, or “pastorialize” cowardice in the pulpit – the effect of all of these things is to breakdown the substance of identity, belonging, unity, and Catholicity.  Dissent is a disease of disunity that matures into dysfunction and open heresy, and we as laymen are suffering at the hands of the experts that, to borrow from a farming friend’s useful vocabulary, are “screwing around with stuff they shouldn’t even touch.”  (He’s not very pastoral.)

There are many good bishops and priests out there – very, very many – and even the “bad” ones bring the Lord to us.  There are small movements and pockets of real fraternal belonging that are literally saving people from darkness.  Stay close to them.  But it needs to be said clearly that the public dysfunction of our fathers, the bishops and the Pope himself, is hurting unity.  These things should be dealt with in a manly way, which is direct and in plain language, not in politicking, reassignments, and coded language designed for media digestion.

Whether the fraternal bond broke down and the doctrinal disorder followed, or vice versa, I do not know.  But what is needed is not just coexistence or dialogue, but brotherhood.  We need the witness.  This of course makes small and recognizable fraternities all the more important, because perhaps the fraternal bonds that laymen are rediscovering can help inspire the bishops and clergy.  The touchstone of all Christian fraternity is still Peter’s office, the Magisterium, and, as such, Jesus Christ Himself.  Grace abounds and the sacraments are efficacious.  Sins are still forgiven.  A house divided cannot stand in today’s tumult, but a Kingdom built on a Rock will make it through.  Just don’t forget to “love the brotherhood” (1 Peter 2:17).

bishopsclergydiscordtruthUnity
03 09 2018
Back to all articles