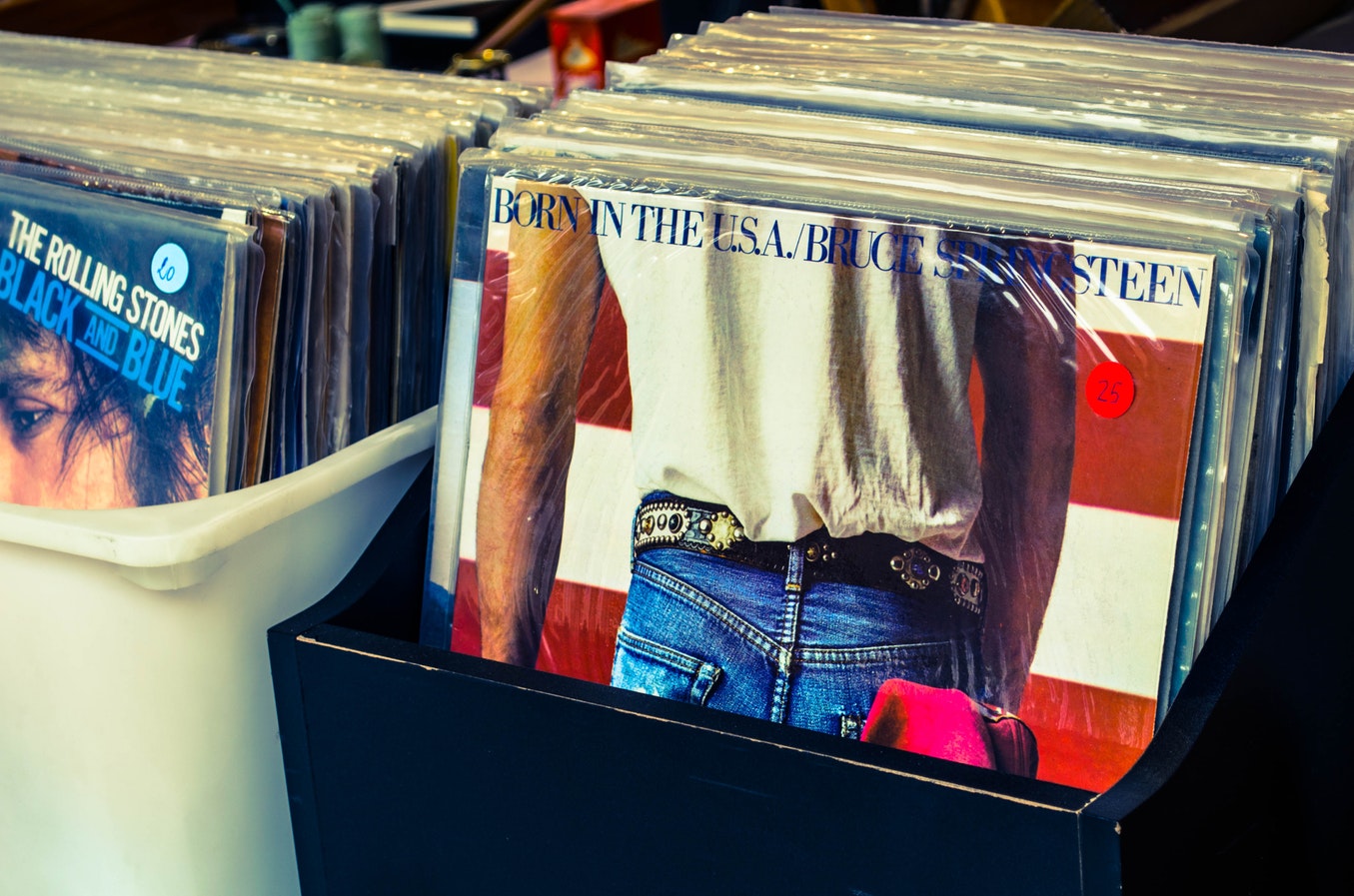 The departure from Bruce’s fan club began when my wife and I went to his concert in Omaha in 2012. I was struck by the religious feel of the entire show. I recalled that Bruce had been a Catholic at some point in his life but had left the faith many years ago. Sometimes people have very understandable reasons for leaving the Church, and sometimes it is simply due to the poor catechesis and example of people who should have done a better job of passing along the faith. It always bothers me when someone stops practicing their Christian faith, but I always remind myself that I stop practicing my faith twenty times per day. This is why part of my daily prayer routine is to pray for the conversion of souls. I believe I’m the recipient of many graces when others pray for the conversion of souls as well.

While attending Springsteen’s concert, I found myself contemplating how a popular Catholic artist can lose his way, especially one who had grown up in a time when the catechesis in many Catholic schools was extremely poor. Not only that, but Springsteen came of age during the Vietnam war, the sexual revolution, and at a time when youth were expected to reject authority. Because of this, I began to wonder if Springsteen had not walked away from the Church as much as he modified his faith into something much more accessible to a rising star: notoriety, money, privilege, pleasure, and all the trappings of success. We all allow things to take precedence over God at times, don’t we?

Going to the Springsteen concert was like going to a megachurch service. Like a minister, Springsteen stood center stage, telling stories between songs. His songs are stories too, so the whole night was basically one long reading from the gospel according to Bruce. I don’t mean that in a negative sense. Much of what he writes and speaks is fueled by his Catholic roots. However it is deeply impacted by the world as well. Sometimes that is good and sometimes that is not so good. In My Hometown, it is good. In The River, it is not so good.

At his concert, every move was carefully designed to deliver his message. Just as the liturgy of the Mass is designed to inspire and move our hearts and minds to Heaven, Springsteen’s show was designed to inspire and move you to a more earthy place. And it clearly did inspire and move a lot of people. The difference was, Holy Mass is divine worship of the one God, while  Springsteen’s concert, as good as it was, is only the secular accented by hints of the liturgy with which he was raised. At one point, he stood, holding a triumphant pose with his guitar in the air at the climax of one of his iconic hits. At that moment, I knew where he had gotten the inspiration. I recall thinking that he should have had an altar boy ringing bells at the time.

I left the concert with mixed feelings. I expected a concert with less similarity to a worship service. The music was as good as I had expected it to be, but the lyrics had lost most of their meaning for me. Maybe I had just outgrown his style, but I don’t think that was the case. The ritual with which he, his band, and his fans, conducted themselves made me sad for all of them. It was as if his fans were following him across the country because they were lost and were simply trying to worship something. Was Springsteen stuck searching for something he’d never find where he was looking? I prayed for him. I prayed that he would come home. And I kept listening to his music, though with a little less satisfaction.

Unfortunately, four years later he took some very public positions in support of transgenderism and homosexuality. As a father to five young daughters, I found that recklessness several steps over the line. Struggling with one’s faith is one thing (as I said, we all struggle), but to publicly and aggressively promote ideas which are in absolute contradiction to the best interests of very vulnerable people? That is another matter totally. I got rid of all of his CD’s, tapes, and records, and I removed his songs from my electronic devices. I simply could not justify listening to the works of a man who was using his fame to promote a way of life which is not only contrary to Catholic moral teachings, he was promoting things which carry serious medical risks and threaten the institution of the family, which is the steel mesh of civilization.

However, even though I have been Springsteen-free for nearly three years now, I have continued to pray for the conversion of souls, including his soul.

I believe prayer is effective. I believe the prayers I say for the conversion of souls are very effective. However, I don’t know who the prayers help. Maybe it is one of my relatives or a persecuted Christian in Syria. Maybe it is a college student in Los Angeles, or someone laying on their death bed who decides to tell his nurse to call the local priest.

Lately I’ve begun to see and hear some hopeful things about Bruce Springsteen. And although his soul is of no greater value than any other soul (all human life is precious to God), I like to think some of my prayers have nudged him back to the faith.

The first thing I saw was a video in which he spoke of his Catholic childhood. A childhood in which all his relatives were Catholic, and their lives were deeply impacted by the life of the St. Rose of Lima parish, a parish in Freehold, New Jersey, which he may not have visited in a long, long, time.

I started to write this article after watching that video. I wondered if he had visited his childhood parish. I wondered if he had placed a call to the parish office and spoke with the pastor, explaining that he would like to stop by and see his old childhood parish. I wondered if the pastor had made arrangements to meet with him at a time when others would not be around. Maybe he had time to kneel in prayer before the Blessed Sacrament. Maybe the memories of the Mass were playing in his head once again. Maybe he was thinking about the fact that Jesus Christ died for his sins and He wants His lost sheep to come home. Maybe he had approached the pastor to talk about going to confession, seeking an annulment if necessary, and returning to the Church of his ancestors.

That was nearly six months ago. I chalked it up to a nostalgia. As time passed, I suspected it was more likely that he simply decided it made a good story for his show and his career. Most of us have fond memories of our childhood, even though we know we can never recapture those days. A well-told story resonates with people, and Springsteen knows how to tell a great story.

However, today I saw something which offered a little more hope. The Times, a London based newspaper, published an interview of Springsteen by Nick Rufford, which answered one of my questions. Springsteen has not only visited his childhood parish, St. Rose of Lima, he visits often. Although he says he hasn’t gone to confession, simply visiting the Blessed Sacrament is a seismic event for someone who has been away from the Church for five decades.

This is one reason why we pray. Not that we specifically want celebrities to convert and revert to Catholicism. Again, in the eyes and mind of God, all souls are of equal dignity and value. The reason is much bigger than one man. If someone like Bruce Springsteen, who really has about everything an American could desire, can feel “drawn to the Catholic Church” after all these years, there is hope for all of our relatives and loved ones who have drifted or who feel pushed away.

Maybe it is time to download a few of my favorites Springsteen songs again. And if we keep praying for the conversion of souls, maybe fewer of us will, “waste [our] summer praying in vain

for a Savior to rise from these streets”, and we’ll realize the one true Savior has been waiting right where He told us He had to be, so long ago: He said to them, “Why were you searching for me? Did you not know that I must be in my Father’s house?” Luke 2:49

bruce springsteenreversion
12 17 2018
Back to all articles

The Vegetable Garden and Lent