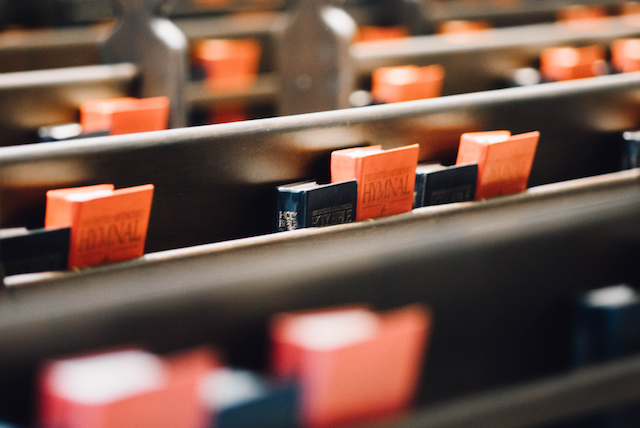 Sometimes around big holidays we find ourselves in conversations with friends and family who might be attending Mass with us but are not Catholic.

In today’ world, to say “no, you can’t do that” is tantamount to telling someone they are the scum of the earth with no freedoms.  So, when it comes time to explain to them that they cannot receive communion, it gets awkward quick.  I’ll share my experience of what has worked in helping communicate the magnitude of communion, since in a desacralized world it can be hard to understand a sacramental people like Catholics.  And, its good for you to have to be uncomfortable in affirming the truth – comfort breeds indifference.

Oh, and I’m presuming that they are of the American religion, which is a blend of self-help, prosperity-means-God-loves-me, and sentimentalism.  It makes very little demands, and goes well with a Starbucks coffee.

First, make sure to point out that Protestant denominations do not believe in the Real Presence, and simply explain that we do not think that the Eucharist is a symbol or mere memorial, but the true presence of Jesus – its really Him and no longer bread after the consecration.  John 6 and 1 Corinthians 11 are helpful, but you might not have a willing audience or a bible on hand.

Next, if they still press in a bit, I let them know that the reality of our situation is that we are not in communion.  It might hurt now, but the historical fact is that we are divided.  This does not mean that we are permanently or in all ways possible divided, but we are not in communion, so to share communion would be a sort of lie.  My analogy here is that two parents that are in reality fighting and divorced should not put on a show in public that it’s all fine.  It’s not.

I like to add that the first step in union is not pretending the division does not exist, but acknowledging that it does.  It is the pain of separation that propels us to reunion, not boiling beliefs down to a common denominator.  The mutually compromised are rather uninspiring.  If it hurts a bit, it’s good; it might just inspire us to pray for the unity of Christians.

Lastly, if they push a bit further, and perhaps even say that those divisions don’t matter to them, I like to use my old friend John’s analogy of England and America (thanks John!).  The fact is that Protestants broke from the Catholic Church.  This happened, and unless you are an Orthodox or a Catholic Christian you are basically an offshoot of Protestantism.  If you deny these roots, then its time to sever them and become Catholic, but just popping back over to the Catholic Church and asking for communion is like an American going over to England and asking to vote.

“Well,” they answer, “we can’t pretend that your little revolution a few centuries ago didn’t matter, so if you want to be an Englishman, renounce your citizenship and join us!”

Hopefully, that brings understanding, or even better, maybe they’ll consider coming home.  If they don’t get it yet, tell them to get over their entitlement attitude and give it up.

communionEcumenismeucharistjason craig
05 / 18 / 2017
Back to all articles

What We Lose When We Play Pokémon Go