Encountering the Humanity of Jesus Christ in the Easter Season 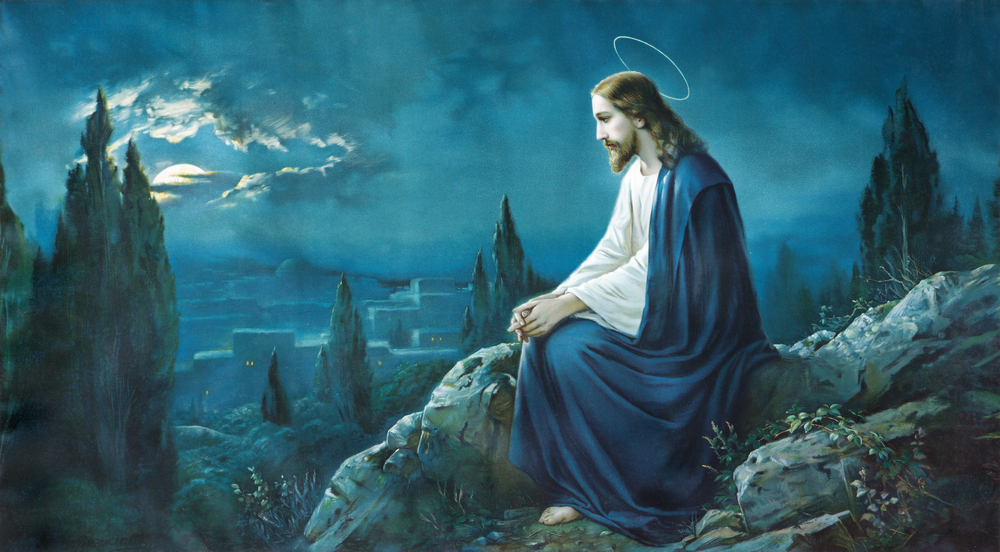 In the mid-fifth century, at the First Council of Ephesus (431 AD), and later at the Council of Chalcedon (451 AD), the early Church fathers outlined the orthodox belief in the hypostatic union, positing that “the properties of the Divine and the human nature [of Christ] might be acknowledged to remain in him without causing a division [so] as to confess that the one Son of God is both fully Word and fully flesh.” This same definition led those same fathers to reaffirm that Mary is not just the mother of the human man Jesus but is theotokos; Mary is, literally, the “God-bearer.”  In the subsequent centuries, much ink has been spilled trying to further understand the complex mystery of Christ’s dual natures. The question at the heart of this theological inquiry is stunningly simple in its expression, but paradoxically profound in its implications: how can someone who is completely human also be completely God?

The scholarly debate and discourse over the question has ebbed and flowed throughout history. At times, different theologians have placed an emphasis on Christ’s humanity; at other times, the best minds of the day have prioritized Christ’s divinity. As a result, there have been clashes, schisms, and heresies. Fully investigating the complexity of Christology is far beyond the scope of a single article, but for many Christians, that complexity comes to the forefront during the Easter Season.

Easter is the high point of the liturgical year, the apex of the Catholic calendar, the climax of our yearly spiritual journey. This celebration, of Christ’s resurrection, is the very reason that our Church exists: it is the day on which we rejoice in salvation history reaching its culmination, when Jesus conquered death and, in doing so, saved us all from it. It is the realization of the good news promised in the Gospels. It is a day and season of unparalleled joy for the Christian.

With that all in mind, it is understandable that Christ’s divinity often takes center stage around Easter time. After all, who else besides God could persevere through such a harrowing death, only to rise again three days later? Who else could accept death so seemingly impassibly and then defeat it so completely? Who else, in lieu of complaining and despairing, would instead die while saying things like, “Forgive them, Father, for they know not what they do” and “Into your hands, Lord, I commend my spirit!” Who besides God could be so calmly altruistic during such a trying time?

These thoughts illustrate the notion that, when reflecting on the Passion and Resurrection, one cannot help but be overcome by the awesome Godliness that is so evident in Christ’s final hours and subsequent rising. Yet, in many ways, focusing only on Christ’s divinity during this season robs us of an opportunity to simultaneously find solace in His humanity.

To reflect on the role that Christ’s humanity played in His passion, death, and resurrection, there are a few questions we can ask ourselves: Did Christ want to die? Was Christ eager to be crucified? The answers here are “no” and “no.” In both the Gospel of Luke and the Gospel of Matthew, Christ pleads with His Father to “let this cup pass from me.” Thus, when we think of the crucifixion, we should not think of an enthusiastic self-sacrifice, but of a suffering servant. Jesus was not cheery in his final hours; by no means did he want to die such a terrible death, at so young an age, in so disgraceful a manner. All Christ wanted to do was to love perfectly to the end, whatever that entailed. And He did.

In his The Last Temptation of Christ, Greek author Nikos Kazantzakis famously—and controversially— conjectured how afraid and hopeless Jesus might been in His final hours, tempted to reject His cross and to settle for a quiet, ordinary family life. While this interpretation of Jesus’s final hours is entirely his own, his thesis is intriguing and insightful: how much more splendid a victory is the Cross if we take into consideration that its victim was a broken and distraught man, who felt abandoned by His father and friends, and faced the temptation to relieve Himself of so heavy a burden. What if we embrace the possibility that Jesus, as He made His way up the road to Calvary, was quaking with fear and apprehension? And, most amazingly, despite all these utterly human experiences, Jesus preserved in His mission, loving perfectly to the very end!

Thus, whenever we feel broken, abandoned, or afraid, we can look to the Passion as a model. Whenever we feel unsure or scared of God’s plan for us, questioning whether we have the strength and fortitude to accept and it to live it out, we can look to Jesus the man for encouragement. He too was apprehensive of His Father’s plan for him, He too struggled to accept where and how we was called, He too had to choose between settling for His own wants or trying to integrate them with God’s wants. Perhaps more spectacular and salvific than Christ’s death on the Cross was the fact that He accepted that death, for His Father and for us!

It is important to remember that it is not a sin to be afraid of God’s will. Indeed, God will often call us far beyond our comfort zones, which is a naturally terrifying proposition. All we can do is try to follow Jesus and love perfectly to the very end, wherever that may lead.

The good news? It will always lead us the everlasting Easter banquet. We are, after all, an Easter people.

Editor’s note: As the author states, the mystery of the Incarnation and the hypostatic union is a large topic.  For more reflection on the interplay of Christ’s humanity and divinity, read this by Bl. John Henry Newman.

There Are No Life Hacks