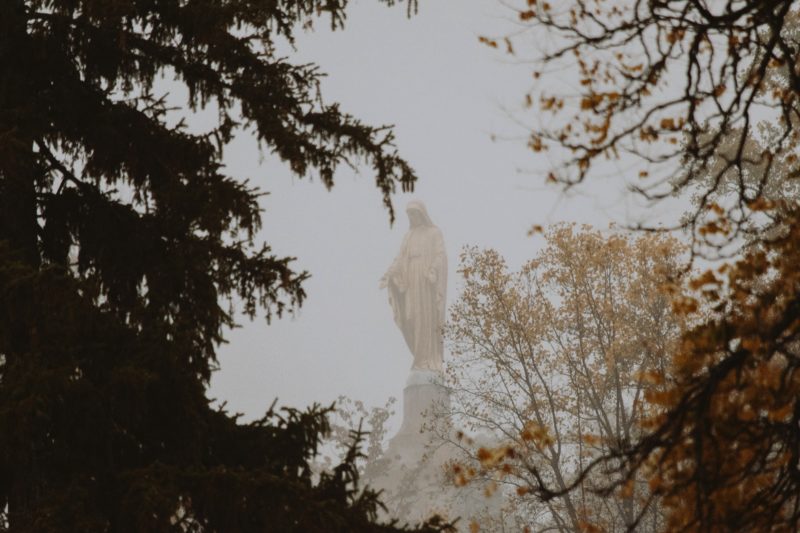 Catholics are regularly challenged on the practice of saying the Rosary. The scriptural quote used as an argument against this practice is most often Matthew 6:7 which reads, “In praying, do not babble like the pagans, who think that they will be heard because of their many words”. It’s worth noting that in other versions of the Bible, the word “babble” is swapped with “use vain repetitions”. Either way, I think the point still comes across: empty, repetitive prayers are bad. To many, praying the Rosary is perceived as being a pointless repetition of 50 Hail Mary’s, 5 Our Fathers, 5 Doxologies, and some various other prayers. This is a fair point and a valid question, and I think that it is worth addressing.

Now, I can pray the Our Father in as little as 7.84 seconds, but it’s hard to imagine that I would have prayed it with any sort of depth whatsoever. On the other hand, one could spend hours meditating over the words of the very same prayer that takes me under 8 seconds to utter in its entirety. Does my ability to say it in such a short time make it a bad prayer? No, of course not; it’s me who is at fault. I have turned a beautiful prayer given to us by Jesus Christ into a 7.84 second string of empty words. I could do this with any sort of prayer, even one that would be considered to be unique and thought up by myself. I can say all sorts of nice things, but if I don’t say them truly from my soul with a profound sense of humility, contrition, thanksgiving, praise, etc., I am just babbling on with empty words.

This holds true for the Rosary. I’m not going to restate everything I’ve already said, but it stands to reason that the Rosary can and should always be prayed with a real desire to become closer to Christ. The mysteries of the Rosary are among the most joyful, sorrowful, glorious, and luminous events of the New Testament. They encompass the birth, life, death, and resurrection of Christ, and we are given this gift in order that we may understand these mysteries more fully through the profound meditation that is the Holy Rosary. Pope Saint John Paul II had this to say about it:

“Against the background of the words Ave Maria the principal events of the life of Jesus Christ pass before the eyes of the soul. They take shape in the complete series of the joyful, sorrowful and glorious mysteries, and they put us in living communion with Jesus through – we might say – the heart of his Mother.”

So yes, Scripture does tell us that vain, meaningless repetition is not the style of prayer that we should practice. The message is not, however, against repeating a prayer. In Matthew 26:44 (the Agony in the Garden), we see that Jesus himself repeats his prayer: “He left them and withdrew again and prayed a third time, saying the same thing again.” Repeating a prayer is simply not against the Christian faith, it can’t be. The Rosary is indeed repetitive, but if prayed with the proper conviction, it is far from vain; in fact, it is one of the most intimate and inspiring prayers that we can pray. In praying the Rosary, we share in the meditation of Jesus’ life, death, and resurrection alongside Mary, the mother of God and of our own faith who holds all these things in her blessed heart (c.f. Luke 2:19).

depthprayerrosaryshallow repetition
04 / 21 / 2018
Back to all articles