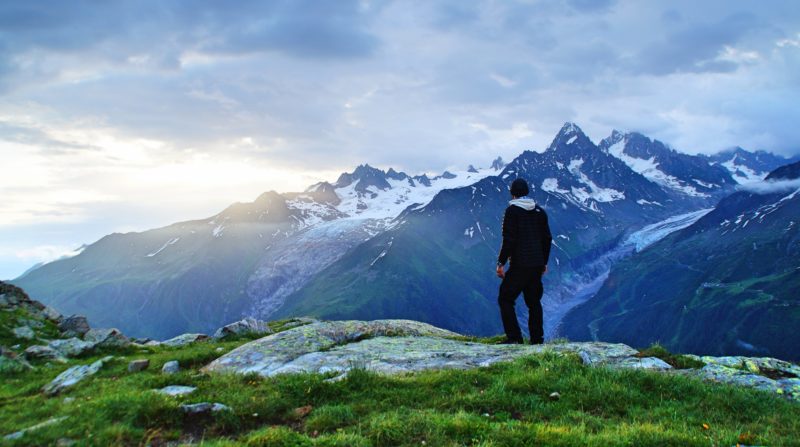 Pope Benedict XVI illuminated the characteristics that marked Pope John Paul II as a saint by pointing out his “deep spirituality and courage to uphold the truth”.

It was not so much in what Saint John Paul II said, it was in his actions. These days, we seem to best identify courage through its vice – cowardice; however, courage is much more than some extraordinary activity that tends to get someone labeled as a hero. In the workplace, courage can simply be having an open mind to someone in which you disagree or as complex as giving service to others to help them fulfill the greatness for which they were made, even if that means them getting ahead and you remaining in your position.  In other words, courage is of the heart of the practitioner.

Kathy Gurchiek, associate editor of HR News, noted in an article for the Society of Human Resource Management (SHRM) that fostering courage can benefit organizations in a variety of ways. The first, Gurchiek writes, comes in the form of more communication – “Standing up to authority was the most common of four types of courage”. This type of courage is designed to help people in authority understand how their leadership style may actually be inhibiting performance. However, it doesn’t always go over very well and may actually lead to some type of negative response, depending on how the actions are brought to the attention of the leader. In fact, David Hekman, professor of management at the Leeds School of Business at the University of Colorado conducted research which shows that “at least half the time, white collar acts of courage ended up with some type of retribution [or] retaliation.”

That doesn’t mean that it still shouldn’t be practiced.  You can only truly have courage when there’s danger, so we should see some of this as signs of actual courage.

Gurchiek said the second most common type of courage in the workplace was “protecting those in need”. It is a “sense of personal responsibility”, Gurchiek writes that researchers have shown that fostering courage in the workplace brings about the obligation of “value for human life”. It is a lack of courage that Pope Francis described as bringing about insecurities from a “sense of inadequacy.” In a 2017 homily at Mass in Santa Marta, Pope Francis cautioned, “Courage means speaking the truth openly and without compromise.”

Gurchiek writes that courage can also be taught and is a learned behavior which can benefit an organization seeking to engage in the virtues. The role of a leader is to influence and get the greatest productivity out of its workforce. Gurchiek said the research shows “courageous actions can inspire others” and can generally assist to prevent major issues from arising within the workplace in the first place when courage is accepted and allowed.

When seeking to create a culture of virtues within an organization there can be no compromise when it comes to courage.  In order to cultivate courage, the organization has to be bold in both allowing (even encouraging) the expression of courage as well as receiving those expressions in a quality way. Building a virtuous workplace culture is less about upholding the earthly ways, and more about increasing virtue in an organization.

businesscouragecultivateorganization
03 24 2018
Back to all articles

Why You Need a Mentor, as I Remember Mine

How We Can Make the World More Human