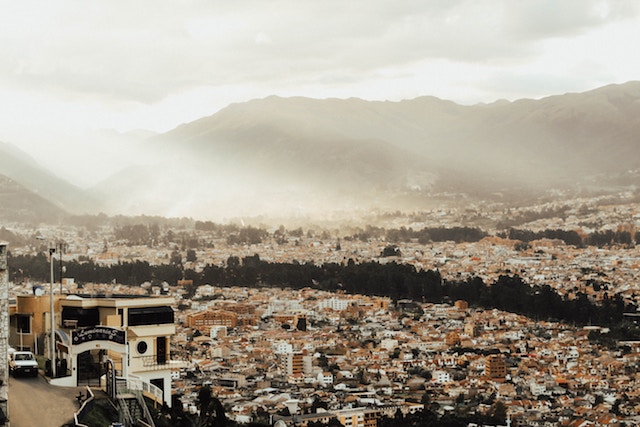 At a recent conference in Oklahoma, a lovely woman asked me that question which I had been anticipating weeks prior. Whenever one gives a talk on Wendell Berry, the critic-essayist-poet-farmer living in Port Royal, Kentucky, the inevitable question is always lurking in the backdrop. This is especially the case if the talk is a defense of Berry’s insights, an argument that his wisdom is illuminating, and thus necessary to hear. It was not until a social gathering that evening where I was approached and asked the question, thus fulfilling my anticipation: “What about the city? We cannot abandon the city for the land.” This woman’s comment was given in charity, and thankfully, with a real sense of wonder about how to address the question at hand. She was genuinely curious, in a way that echoes Aristotle’s opening line in his Metaphysics: “All men by nature desire to know.”

The question at stake concerns what may be considered an ancient quarrel, or at least a potential one. What I want to draw attention to here is something that requires a far more substantial treatment than can be given here, and so these reflections are a sort of preface, a beginning. The issue can be posed in the following way: is there a relation between countryside and city? At first glance, we are almost immediately inclined to say “yes,” and that it is one of antagonism. So, our initial response is, more often than not, to posit that the countryside is in opposition to the city. We must either chose the city or the farm. In contrast to this position is that which sees countryside and city in a more harmonious way. Each can be seen in relation to the other, but which must be rooted in a deeper understanding of seeing culture, place, and polity as an ordered whole. In fact, Wendell Berry paints an integral picture of this relationship between the city and countryside. Berry says that,

Urban people have been permitted, by cheap fossil fuel and other subsidies, to think of themselves as somehow islanded. Independent. And you could contrast that with the ancient Greek idea of the city, which included both the built-up urban centre and the tributary landscape. Ancient Greek cities and towns had granaries and stables. Harvested grain would be brought into the city, and the flocks and herds would be driven into the city at night for safety. That was an immediate contact between city and country, and we’ve lost that (Sarah Leonard, “Nature as an Ally: An Interview with Wendell Berry,” Our World, May 7, 2012).

The central insight here regarding Berry’s assessment is the contrast between the ancient Greek city-states, and that of modern and contemporary nation-states. For the ancient Greeks, particularly Aristotle, the human person was understood to be a “rational animal,” one who is distinguished from all other created substances by his intelligence. Aristotle goes on to say that one of the most distinguishable features of this rationality consists in the fact that human beings desire to live in community with others, but with a difference in kind from other animals. While bees and other animal creatures live in community as well, only human beings can express “the right and just, what is good and what is unjust.” Only human beings seek to live in community with others for the sake of the good, which is happiness and the common good. And it is for this reason that Aristotle concludes that human beings are political and social animals by nature.

This backdrop sheds some light on Berry’s comments. Berry understands “urban” in a rather holistic and healthy way, whereby there is “an immediate contact between city and country.” If we could phrase it this way, it looks as though Berry would argue for a recovery of a notion of urbanization, rightly understood. At the same time, contemporary urbanization is quite different than the ancient view, and Berry’s as well. In contrast to the city and country constituting a sort of wholeness, whereby each is understood in light of the good of the community as a whole, our present perspective is one that could only be aptly described as that of seeing them as mere parts.

Modern political thought sought to articulate a radically new vision of the human person. Instead of seeing human nature as naturally social and political, modern political thinkers portrayed man as cut off from others, tradition, nature, and the once held humanizing mediating institutions.  Human beings were born into a state of existence that is characterized as “free.” In contrast to the ancient view, human beings were first and primarily “individuals,” and thus came to conceive of themselves as self-makers of their own humanity. Human beings no longer needed an ordered liberty, rooted in virtue, limits, along with the associations of family, neighborhood, church, and local politics and culture. Rather, men and women required liberation from such oppressive forces and accidents, in order to fulfill their desires, unchecked by any limits, nor connected to any substantial order other than the private sphere. The modern age inaugurated the gradual, but inevitable loss of culture and polity, and ushered in a self-conception that sees human beings as isolated atoms, alone, disconnected from nature and other people. This is what is meant when arguing that “our present perspective is one that could only be aptly described as that of seeing them as mere parts.”

And this is precisely the point Berry is elucidating: “urban people have been permitted, by cheap fossil fuel and other subsidies, to think of themselves as somehow islanded. Independent.” Our modern cities, towns, and neighborhoods have been built in ways that are not designed for human life and flourishing. We have constructed tall fences around our homes, along with trees to surround us in a sort of military fortress (http://www.theamericanconservative.com/urbs/the-urban-home-as-fortress-privacy-fences-eyes-on-the-street/). Richard Thomas perceptively argues that front porches were once an essential feature of homes, so as to incline us towards fulfilling our vocation as neighbors, and good stewards of those places where we live. These have given way to the back patio, that place of refuge which has conditioned citizens to seek to be removed from others, detached as a further means for celebrating our individual liberty (http://www.frontporchrepublic.com/wp-content/uploads/2009/03/From-Porch-to-Patio-R.-Thomas.pdf). This can be seen by simply considering how many of us actually know the people who live on our street, especially those right next door.

It is true that many have left modern cities to seek refuge in the land. A significant number of cities, it must be noted, do not foster any kind of humane conditions, thus explaining why the countryside has been an object of desire. It seems to provide those conditions that sustain the relations between community, nature, home, education, and neighborhood that we are naturally inclined towards as our perfection. This need not mean that all contemporary cities and suburban neighborhoods are opposed to these realities. What must be recognized is that in order for a democratic citizenry to be good and wholesome need not entail that all go to the countryside. At the same time, we must not neglect Yves Simon’s argument about the need for both countryside and city, thus preventing an “either/or” mentality:

All that is necessary is awareness of a link between farm life and the preservation and promotion of things that can never become indifferent to men—communion with universal nature, conquest of time through everlasting faithfulness, temperance, dignity in poverty, holy leisure, contemplation (Yves Simon, Philosophy of Democratic Government, 322).

benedictberrycitycountryruralsimplicitywendell
07 / 15 / 2017
Back to all articles